NOW MagazineLifeKeeping up with the concierges

Keeping up with the concierges

From virtual concierge services to staff who function like high-priced executive assistants, the most basic condo amenity is stepping up its game 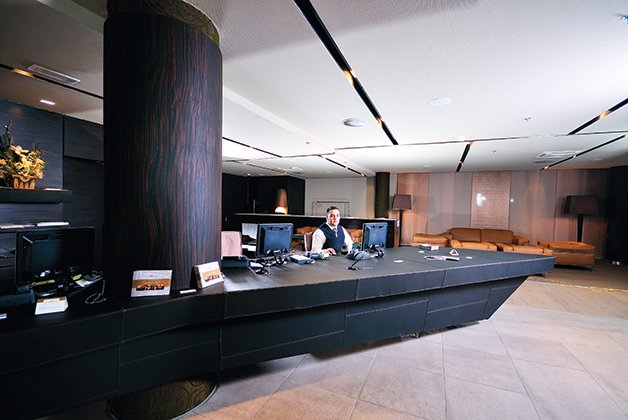 Even if we can’t quite afford luxury, we like the sound of it. This is how concierges, those white-gloved helpers once exclusive to hotels and resorts, became a standard amenity available in just about every condo.

Some developers, in the quest to differentiate their tall glass towers from the ones down the street, have become a little more creative.

TAS, the developer behind Scarborough mid-rise Kingston&Co, has a new concierge program that provides registrants with straightforward answers and one-on-one communication before they even sign any papers. TAS hopes the service appeals to nervous first-time condo buyers by guiding them through the sales process with the individual attention that developers focused on investment buyers sorely lack.

“We’re not trying to create a marketing scheme we’re trying to win over customers by providing them with the sort of transparency that’s often not present in our industry,” says TAS president and CEO Mazyar Mortazavi.

Registrants can communicate with TAS concierge Trish directly, or they can participate in an interactive blog-like platform on Kingston&Co’s website (kingstonandco.ca) that addresses hot topics from worries about fluctuating maintenance fees to whether too-thin walls will have owners begging for noise relief.

“People feel as though they’re not just dealing with some corporation. They actually have someone they can talk to,” says Mortazavi. “It goes above and beyond something that’s formulaic. Registrants send an email and get a personalized response from Trish they can call the office and ask to speak with Trish.”

It’s this demand for highly personalized services that’s responsible for the rise of the Forest Hill Group (FHG), which owns high-end properties like One St. Thomas and The Avenue. FHG provides luxury condominium concierge service to 19 buildings in the downtown core.

Wondering how the upper crust’s concierges operate? They are more than just a suit behind a desk. They have extensive customer service background and can draw on an entire team back at the FHG offices to accommodate almost any request, as long as it’s not illegal.

“We haven’t really come across anything we won’t do,” says Shanna Berez, client service manager at FHG.

Need to charter a private jet to some exotic locale? These guys got you. Want an in-suite designer shopping party with your closest friends? They can arrange that, too. Want to propose to your partner, like, right now, even though all the jewellery shops are closed? They’ll get one opened for you.

While FHG’s five-star-hotel brand of luxury has certainly found its niche, these services don’t come cheap. No 24-hour concierge service does.

With the goal of keeping condo maintenance fees down, developer Tridel is testing out a tech-savvy solution at its Rêve property in the heart of King West: a virtual concierge.

“One of the biggest maintenance expenses for condo owners is the concierge service, which can cost north of a few hundred thousand dollars a year,” says Bruno Giancola, VP of project management for Tridel. “Down the road, a concierge remotely looking after five buildings would be a huge cost savings for the condo boards.”

Rêve’s virtual concierge, Vanessa, watches over the building from a monitoring centre in Mississauga. She can do just about anything a traditional concierge can: greet tenants, open doors (or not), order taxis and even accept packages by directing couriers to deposit deliveries in a mailbox that only she and the intended recipient can unlock.

Tridel plans to expand the virtual concierge to more properties, each of which might see a slightly different version depending on their needs. Some might thrive with a 24-hour virtual concierge, while others might only take advantage of the technology during hours when most people are at work.