The fast-rising singer/songwriter reveals (almost) all 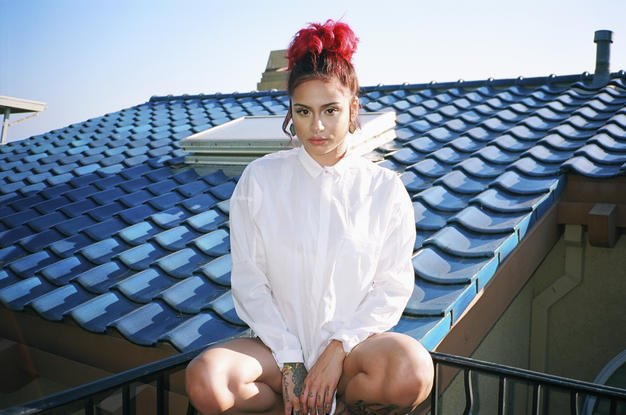 Kehlani has a deceptively cute metaphor to sum up her experience dealing with label suitors over the past year.

“Girl Scouts are going to tell me all their cookies are good, no matter if they like the peanut butter ones or not, you know what I’m saying?” she says over the phone from her home in Oakland, California. “That’s just what they do.”

Major and minor labels have been courting the 20-year-old Bay Area R&B singer (born Kehlani Parrish) thanks largely to last year’s Cloud 19 mixtape and its single, Fwu (Loyal). After taking some time to suss out which label had her best interests in mind, she released follow-up mixtape You Should Be Here in April and inked a deal with Atlantic.

Now that she’s on a major, the mixtape title’s call to remain present is more pertinent than ever.

“It’s about reminding yourself that there’s a bigger picture beyond the labels, beyond your income, beyond all that,” she explains. “I signed a deal so I can reach more people, touch more hands and look more people in the eye halfway across the country instead of just through their ears. I’m very thoroughly me.”

Kehlani’s strong sense of self is evident in her music, which primarily chronicles the tenor of her romantic and family relationships as she moves from teenager to adult. Her maturity isn’t surprising if you read her bio, which is unusually honest and specific.

Aside from the come-up story (she joined the tween group Poplyfe, performed on America’s Got Talent alongside Stevie Wonder, Nick Cannon became her manager), it covers the death of her father, her mother’s drug addiction and a period of homelessness.

In interviews, she’s also refreshingly nonchalant about her bisexuality. On this desire to be so upfront, she has another metaphor ready.

“I had to show my fans that if I could be open, they could be open. It’s like Santa Claus. If you just hear all these things about Santa Claus but you’ve never seen him, eventually you’re going to question Santa. But if you actually hear me being open in my songs, you might just believe and have the courage to be open to yourself.”

Her message is resonating. Twenty-one of the 23 dates on her first headlining tour are sold out, including Friday’s show at Mod Club. One thing she is keeping a lid on is her rumoured relationship with Mississauga R&B singer PartyNextDoor, whom she brought onstage at her Toronto gig in January. She says they “for sure” will make music together, but she can’t confirm a cameo on Friday.

“I didn’t say, ‘Hey, I’m coming to Canada. Come out for my show,'” she says. “I don’t really go into things with any plan. I just let it all happen naturally.”