A major player in Toronto's improvised music community has died 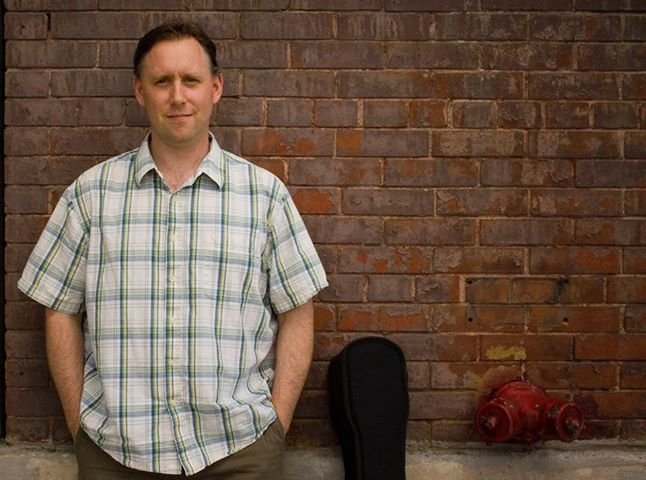 There is suddenly a great hole in what Ken Aldcroft called “Toronto’s Creative Music scene.” The guitarist, composer, improviser, educator and community organizer died of a heart attack on Saturday, September 17. He was only 46.

Aldcroft moved to Toronto in 2001 from his hometown of Vancouver, and over a two-decade-plus career amassed a catalogue of some 30 recordings, including work with his Convergence Ensemble – so-called because it converged his various projects – as well as THREADS, Alaniaris, the Ken Aldcroft Trio (and the Ken Aldcroft Trio + 1), Hat & Beard and various other collaborations and solo records.

He was also a member of the Somewhere There Collective (2010-2012) and was a founding board member and the first president of the Association of Improvising Musicians Toronto (AIMToronto).

Aldcroft’s musical roots were in blues and jazz, which led him to study the Canadian, British, Dutch and German free improvisation scenes (a version of his Convergence Ensemble played a number of times in Berlin) and to bring improvisation into his composed work.

“He was really kind. He was really, really dedicated to what he did, to improvised music in all its different facets, and a lot of his life was centred around that,” Jonathan Adjemian, who played in THREADS, tells NOW. “In that realm of music, there’s a certain sort of social awkwardness that’s just part of it, and Ken’s way of dealing with it was to crack a lot of jokes, kind of be corny.

“And he would always say hi, which was also an important thing in an art form that had a lot of social awkwardness. He really wanted to talk about music and talk about what was going on and projects people were working on.”

Joe Sorbara, a member of the Convergence Ensemble and a friend of Aldcroft’s since he first arrived in town, agrees. “Ken knew what he wanted and went after it 150 per cent of the time, but he was also an incredible goof,” he says. “And he was really easy to make friends with. I think he had a lot more friends than anyone knew.”

“He was always looking for people, or new people, to get involved,” Adjemian says. “He’d have an idea for something and he knew all the players. It would be kind of random when he called you up for something but it would usually be pretty interesting.”

“He was always picking people you wouldn’t expect,” adds Sorbara. “He was meticulous and technically incredible but he always wanted to play with musicians who weren’t necessarily coming from that background. I was talking about that with Scott Thomson yesterday and he said, ‘I wasn’t any good but he wanted to play with me almost because of that’ – the same goes for William Davidson and Allison Cameron, who are really good at sound-finding but don’t have the kind of technical mastery that Ken had.”

He taught out of his home studio, and, since 2010, at the University of Guelph, where in August he put on a symposium entitled Teaching Creative Jazz & Guitar.

Adjemian remembers Aldcroft as being a great community builder. “[There are] a lot of passionate eccentrics but not all of them also go out of their way to meet people and support people and see what they do as being about building a community and that was Ken. [He] really believed in building something,” he says. “I’m going to miss him a lot.”

Aldcroft is survived by his wife, Maria, and son, Liam. Sorbara says that Aldcroft’s driven, intense, goofy approach to life applied to his friends and family as well. “[His family] was very wrapped up in his music,” he says. “Those were his approaches to life and it very much included them. It was a very loving, beautiful family – when he talked about his son the whole rest of the world disappeared.”

There is currently a Go Fund Me Campaign to support Aldcroft’s family through this difficult time. Plans are in the works for a tribute concert at Tranzac, tentatively scheduled for Friday, October 7.