“People sometimes get amnesia – we forget the battles we fought to get where we are.” 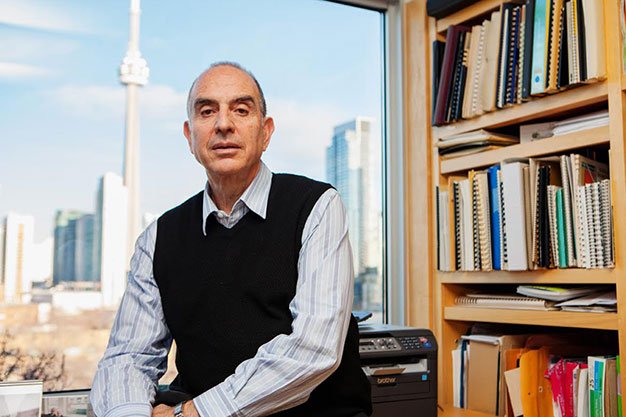 An edited excerpt from a presentation at NoJetsTo’s annual general meeting at the Centre For Social Innovation – Annex Monday, January 12.

We are once more on the verge of making one of those decisions that comes along every generation that will have a profound impact on the shape of the city.

People don’t really appreciate the transformation that has been going on since the middle of the 20th-century on our waterfront, which has gone from essentially gone from a port for industrial purposes to a waterfront accessed by people for a whole variety of new activities.

The changes that we are seeing are the first of its kind in the world. That’s not an exaggeration. Waterfront Toronto, the agency that has taken carriage of this transformation, is doing a pretty good job of creating public access and balancing the various things that need to happen to make the waterfront successful.

Back in the 1980s, we had another event on the waterfront that had gotten out of control. The famous Huang and Dansky series of towers. People were motivated to such an extent against the project that David Crombie was called in to head up a commission on the future of the waterfront. His Waterfront Regeneration Trust tied the future of the waterfront to an ecological perspective, the entire watershed of the region that extends up to the Oak Ridges Moraine and west to the Niagara Escarpment. He created a set of guiding principles for development of a clean, green accessible waterfront for all.

People sometimes get amnesia about that – we forget the battles we fought to get where we are. After a number of fits and starts, we’ve actually come to a place where some fairly amazing things are happening. In the short span of 11 years, the waterfront has gone from being an isolated fringe separated from the heart of the city by a vast area of railway lands, to essentially being at the heart of the city where neighbourhoods have been created.

This multigenerational effort is now being threatened by Island airport expansion.

And the threat is not just a single thing that you can measure – the noise from planes, the increase in traffic, the cutting off of the harbor to recreational activities. It’s about the cumulative impacts. When you put all of those together, the balance that makes the waterfront successful is lost.

Island airport expansion and the introduction of jets on the waterfront has to be seen not as a change in degree, but profoundly a change in kind. And therein lies the problem.

Transport Canada say they can’t tell us what the requirements for the airport expansion will be until after the runway is built. In all probability there would be a requirement for lighting of the runway approaches, which means lights extending on both ends of the runway by some 500-700 metres. These issues are being downplayed.

Add the additional traffic and what you arrive at is decades of work to revitalize the waterfront with significant investments in jeopardy. We would be going from an airport on the waterfront, to a waterfront in the airport.

Bathurst Quay is already under tremendous stress. And at the heart of it is one of the most difficult and dangerous intersections in the city – Bathurst and Lake Shore. Imagine that intersection with a new Loblaw on the corner and all the other people that will be brought to the waterfront from buildings going up to the north.

Frankly, there is simply no way of coping with the additional congestion that would come with Island airport expansion. The people who are coming to this airport are not going to be taking all their baggage on transit. They are going to be coming in taxis and cars. This is an insoluble problem. We need to force the decision makers to face the facts.

Cities are capable of making decisions based on shared values. We have to go back to those values articulated by the Waterfront Regeneration Trust and remain true to the course that we set on the waterfront.

Ken Greenberg is former director of Urban Design and Architecture for the City of Toronto and a co-founder and Visiting Scholar at the City Building Institute at Ryerson University.