NOW MagazineMovies & TVNews & FeaturesKey, Peele and Keanu who are they?

Key, Peele and Keanu who are they?

Keegan-Michael Key and Jordan Peele are comedians whose Comedy Central series Key & Peele (available in Canada on the Comedy. 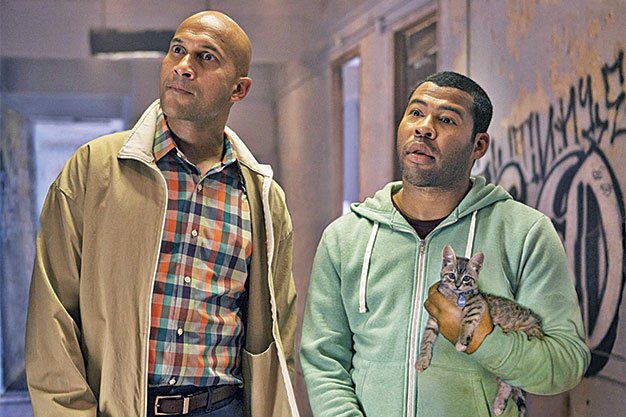 Keegan-Michael Key and Jordan Peele are comedians whose Comedy Central series Key & Peele (available in Canada on the Comedy Network) has been providing your Facebook feed with viral videos for the last five years. Keanu, written by Peele and K&P writer/producer Alex Rubens, is their first feature film.

Well, theyve both been on Fargo and Childrens Hospital and voiced characters on Bobs Burgers, Robot Chicken and Rick And Morty. Peeles got recurring roles in Life In Pieces and Wet Hot American Summer: First Day Of Camp, while Key works constantly on other peoples stuff: just last year he turned up in Tomorrowland and Vacation and Pitch Perfect 2, and hes a regular on Lennon Parham and Jessica St. Clairs sitcom Playing House, doing a whole will-they/wont-they with St. Clairs character.

Not the one youre thinking of. Keanus Keanu is a little bitty kitten whose disappearance leads our panicked heroes to pose as drug dealers in order to -reclaim him. (The specifics are fuzzy, but so is Keanu.)