There's smoke but not much fire 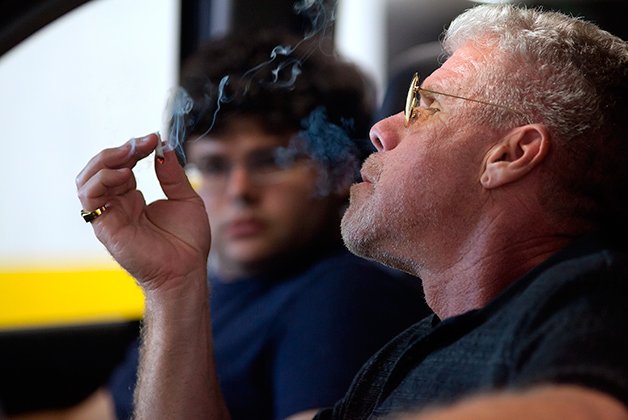 Kid Cannabis is the story of a drug runner, and you know how that goes. These stories only have the one arc, really: there’s a rise from obscurity, a period of success and indulgence and then a fall.

Adapted from a Rolling Stone article, Kid Cannabis is the cautionary tale of Nate Norman (Project X’s Jonathan Daniel Brown), an Idaho high school dropout who sets up a nice little business running marijuana across the border from British Columbia with his buddy Topher Clark (Footloose’s Kenny Wormald) and selling it in the States.

This is a strange project for director and co-writer John Stockwell (Blue Crush, Into The Blue, Turistas), who specializes in movies in which hard-bodied actors in their 20s get in tropical trouble.

Stockwell’s films are also distinguished by their technical proficiency, intriguing casting choices and general shapelessness his characters spend a lot of time hanging out before anything actually happens.

In that last respect, Kid Cannabis is a John Stockwell film through and through. A great deal of these characters’ time is spent sitting around smoking up. Two of them are played by John C. McGinley and Ron Perlman, who are always fun to watch.

Opens Friday (April 18) at the Royal. For showtimes, see listings.