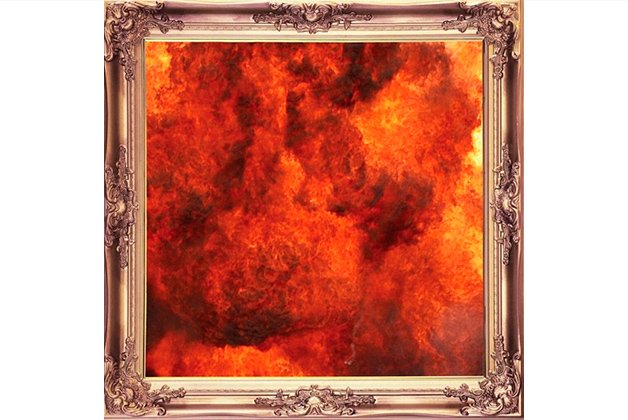 Whipping winds, crashing thunder, crackling fire – is this a Kid Cudi album or a Captain Planet And The Planeteers episode?

Like that cartoon, this self-produced third effort by the Cleveland-born hip-hop artist is rooted in the 90s – from the album’s first words (a spooky Macaulay Culkin quote from The Good Son) and the deliciously dancey Red Eye, recalling Enigma’s Return To Innocence, to the penultimate track’s nine minutes of sexy house rambling featuring Michael Bolton.

A recent Complex article led us to believe Kid Cudi wasn’t partying much these days, so maybe he’s compensating with this offering of hip-hop psychedelia.

Throughout, Kid’s smoker’s voice slices through the dizzying production like a hot knife, but he’s not showing off here. The best rhymes come courtesy of Kendrick Lamar on Solo Dolo, Pt. II, and the worst are from Too Short on the album’s weakest link, Girls.

On the second track, Kid tells us over and over again that he’s Unfuckwittable. Often, on Indicud, it’s hard to tell if he’s fucking with us or not.