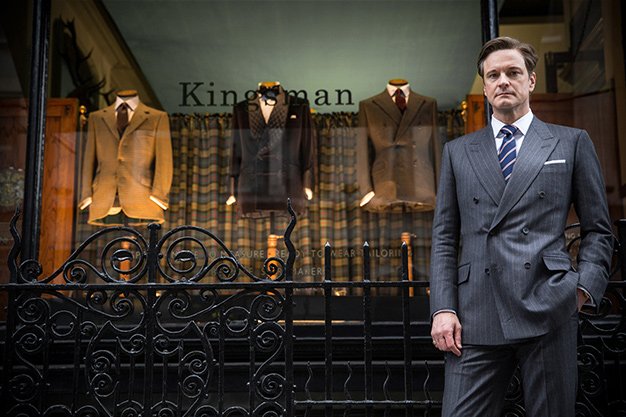 Kingsman: The Secret Service is an action fantasy built around all the things people love about the Roger Moore-era Bond movies: unflappable gentleman heroes, megalomaniac villains, apocalyptic plots, awesome gadgets. And for a while, that’s enough.

In the grand tradition of every origin story ever, working-class nobody Eggsy (Taron Egerton) is recruited by a family friend (Colin Firth, clearly enjoying himself despite the monotone) into a century-old British organization of patrician super-spies and taught the ways of the elite warrior.

The plot follows Eggsy’s ascendance up the action-hero ladder at Spy Hogwarts while a twitchy tech billionaire (Samuel L. Jackson) prepares to trigger a fairly maverick solution to climate change. Everybody’s having fun, and Eggsy’s training sequences – overseen for the most part by a delightfully deadpan Mark Strong – are genuinely suspenseful and complex. A skydiving sequence in which Eggsy and his teammates must figure out how to cope with being one parachute short is easily the highlight of the picture. Even though it happens early enough in the story that the consequences can’t possibly be that dire, it’s shot and edited to be heart-stoppingly intense.

But the longer we spend in Kingsman’s world, the more time we have time to think about what’s going on there. It’s based on a comic book created by Mark Millar, who gave us the nihilistic power fantasies of Wanted and Kick-Ass – the latter of which was brought to the screen in 2010 by director Vaughn and co-writer Jane Goldman, with weirdly charming results.

Vaughn and Goldman turned the nastier elements of Kick-Ass into self-reflexive commentary about the real-world ramifications of people behaving like comic-book characters – and that worked very well. Kingsman has no such device, being totally disconnected from reality from the jump – and embracing a more cartoony vibe that winds up highlighting how empty and nihilistic everything is. It also doesn’t help that its action set pieces steal the distinctive fluid-pivot camera choreography Edgar Wright used in The World’s End.

And an unironic celebration of Moore-era Bond films means accepting their creepy white-men-as-conquerors undertone, which leads Eggsy – and the audience – to some very uncomfortable places in the service of instant gratification.