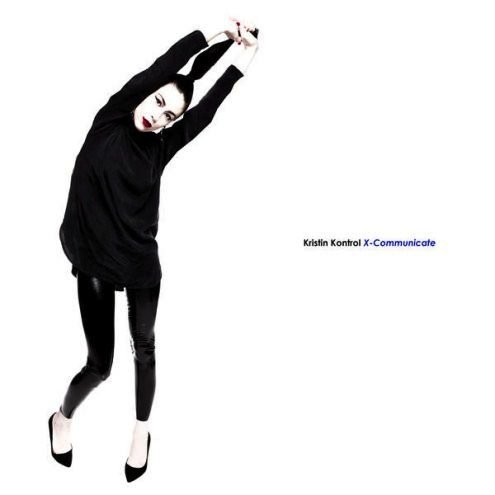 After three LPs and four EPs, Kristin Welchez has left behind the Dum Dum Girls and alter ego Dee Dee Penny to record under a name that explicitly screams solo project. On the last DDG album, 2014’s Too True, Welchez adopted a glossier image while incorporating a third guitar, drum machine and electronic elements that inched her away from the detached, scrappy girl-group aesthetics her band (which was always a solo project) had come to represent.

As Kristin Kontrol, she is finally free to blossom into the one-woman Romy And Michelle’s High School Reunion soundtrack that, in retrospect, she seemed to be suppressing on Too True. X-Communicate is not so much a reinvention as a natural progression for one of the sharpest ballad songwriters in pop.

With the synths upfront in the mix, Welchez makes several overtures to 80s and 90s alternative pop history – new wave, English guitar rock, Saint Etienne – but filters them through themes that feel very much of the moment. The album has the upward momentum, clean production and brilliantly catchy melodies befitting a great pop record, but what takes it over the top is the tension between Welchez’s poised and confident delivery and the anxieties she sings of.

She’s clearly ambitious, and X-Communicate often plays out like a chronicle of the hard work – physical and emotional – required to produce such a tight pop album: shitty gigs and financial instability (White Street), a bit of mania (What Is Love), deep and exhausting introspection (Skin Shed, Going Thru The Motions). Meanwhile, the title track, Show Me, Drive The Night and Face 2 Face are ostensibly about a failing romantic relationship but crafted to read as if the daggers are also aimed inward, which adds an interesting duality to the album’s titular theme.