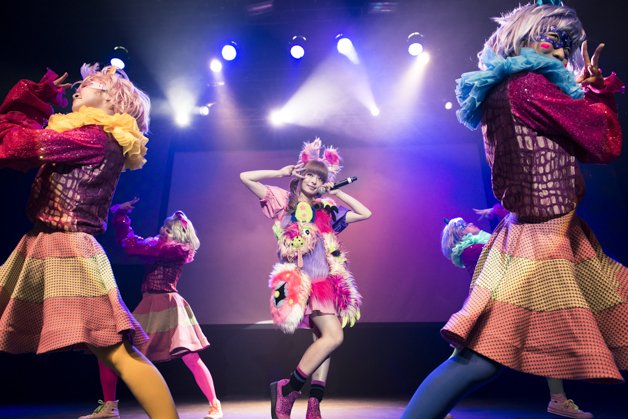 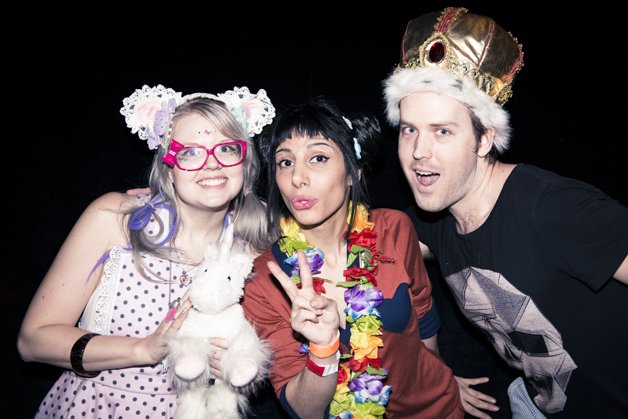 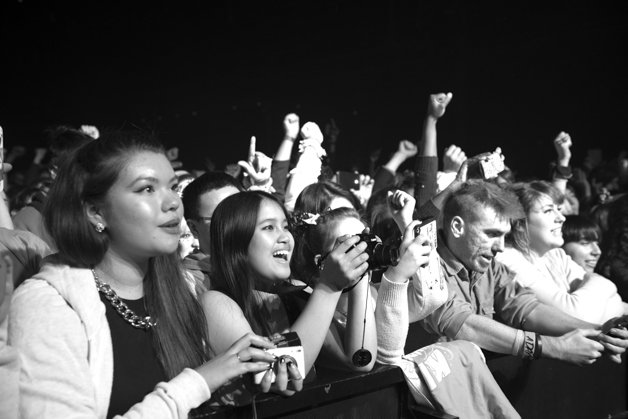 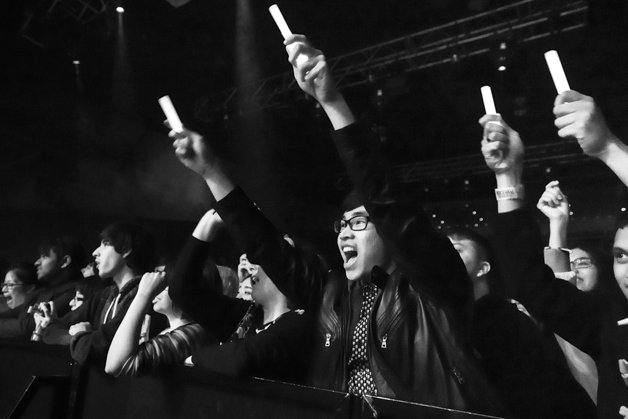 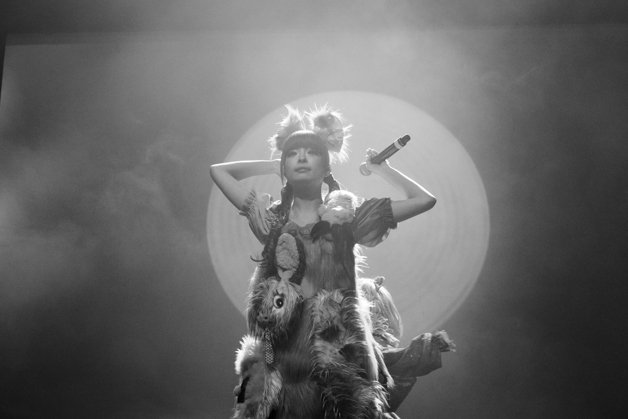 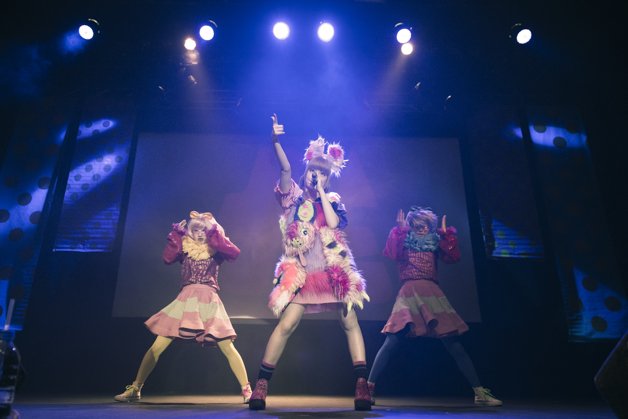 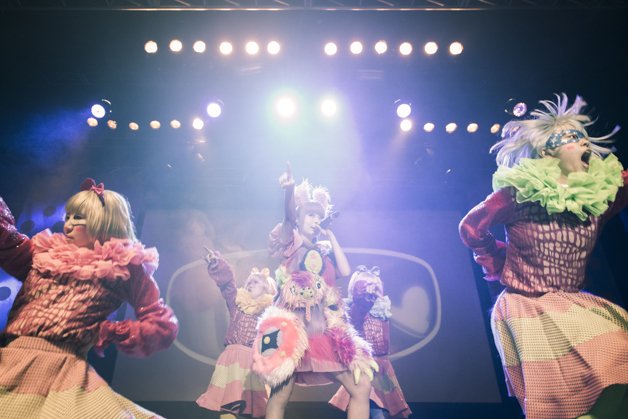 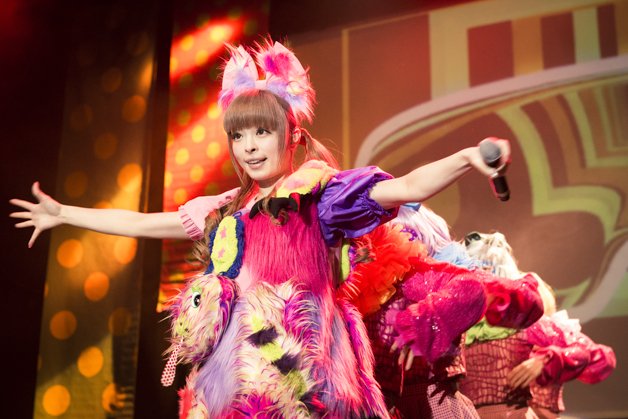 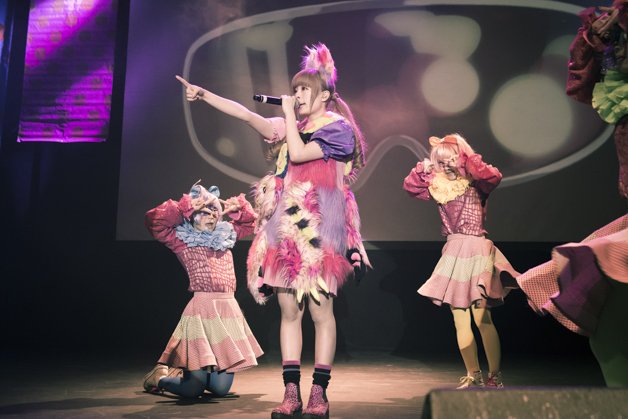 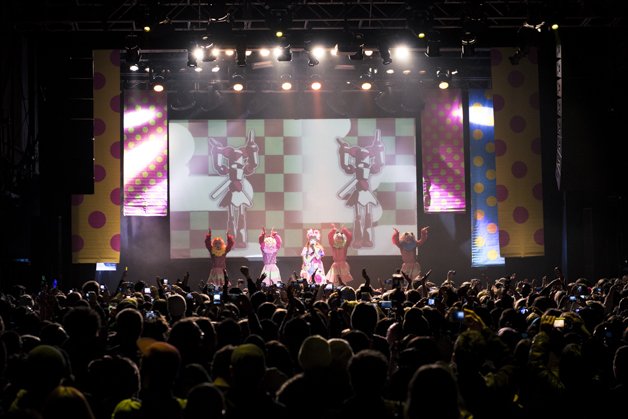 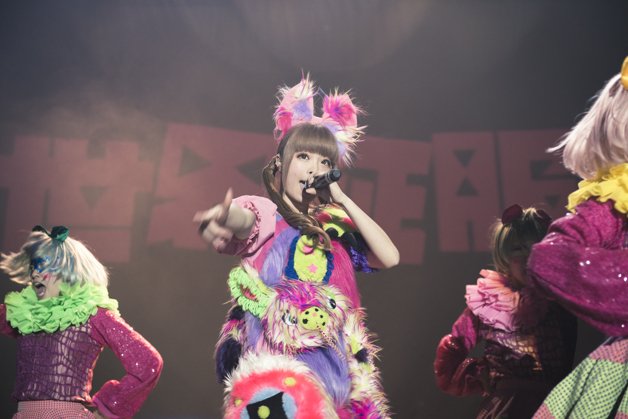 Everything about J-pop sensation Kyary Pamyu Pamyu is on fast-forward.

The 21-year-old fashion-blogger-turned-pop-star’s hyperkinetic music videos and slightly macabre take on Harajuku street style have earned her star status in Japan, a cult following in North America and attention from tastemaking music and fashion outlets.

For the uninitiated, watching her perform is a mind-melding experience that will test limits of seasoned pop fans and psychedelic adventurers alike, but for her legions of costumed devotees she offers a heartwarming escape into childlike innocence.

Dressed in a furry, rainbow-coloured petticoat, Kyary made her Canadian concert debut to deafening screams that she handily drowned out with a 90-minute set of intense club beats accented by cheery melodies and spasmodic flights into camp instrumentation (cowbells, surf guitar, magical chimes, bagpipes, piano glissandos, car motors – you name it). The vibe evoked video game music, candy raver culture and the withdrawal sequence from Trainspotting in equal measure.

Although her set was bare bones, she made up for it by performing rigorous and adorable choreography alongside four sparkly dancers with maniacal expressions.

Highlights included Kyary An-An, which sounded like a sped-up version of Hey Mickey and featured a chicken-dance routine, air guitar and multiple slide whistle solos the thundering Mi, which could almost pass for Middle Eastern wedding techno and new single Hajima Ring Ring, a wistful, disco-fied ballad that would go nicely with a circa 1981 Hi-NRG Pointer Sisters club remix.