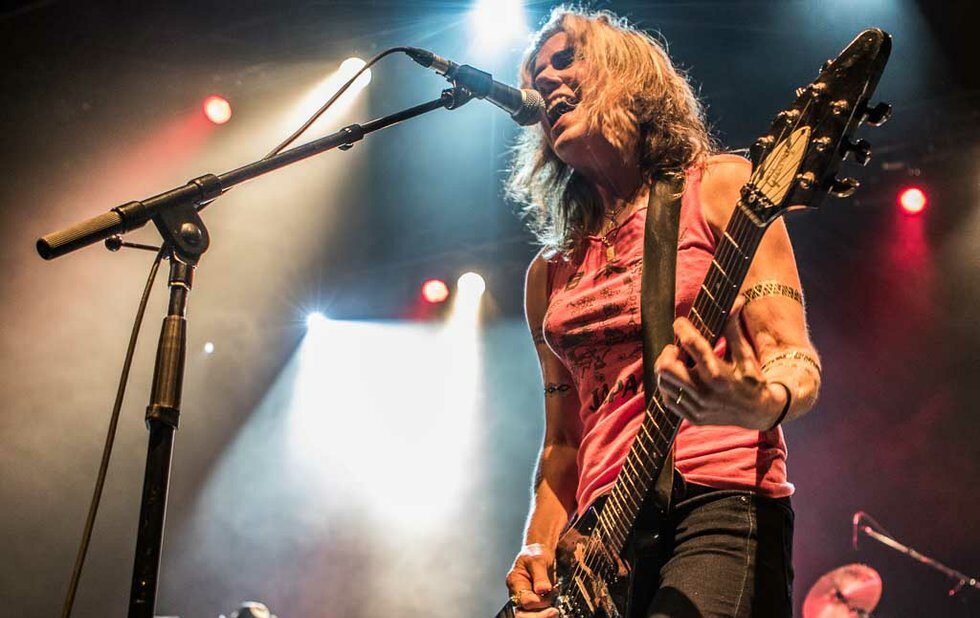 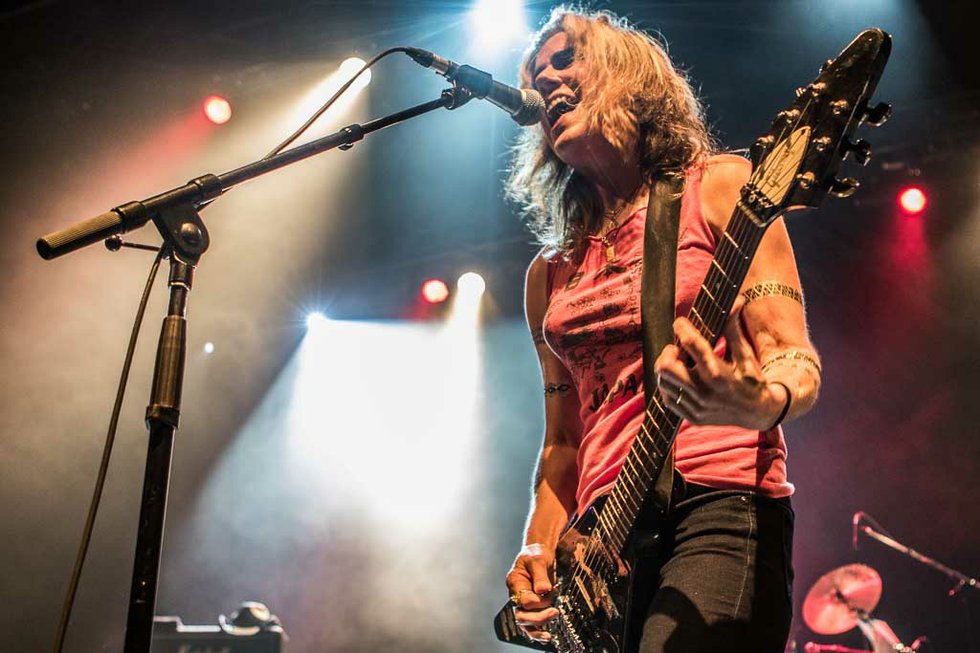 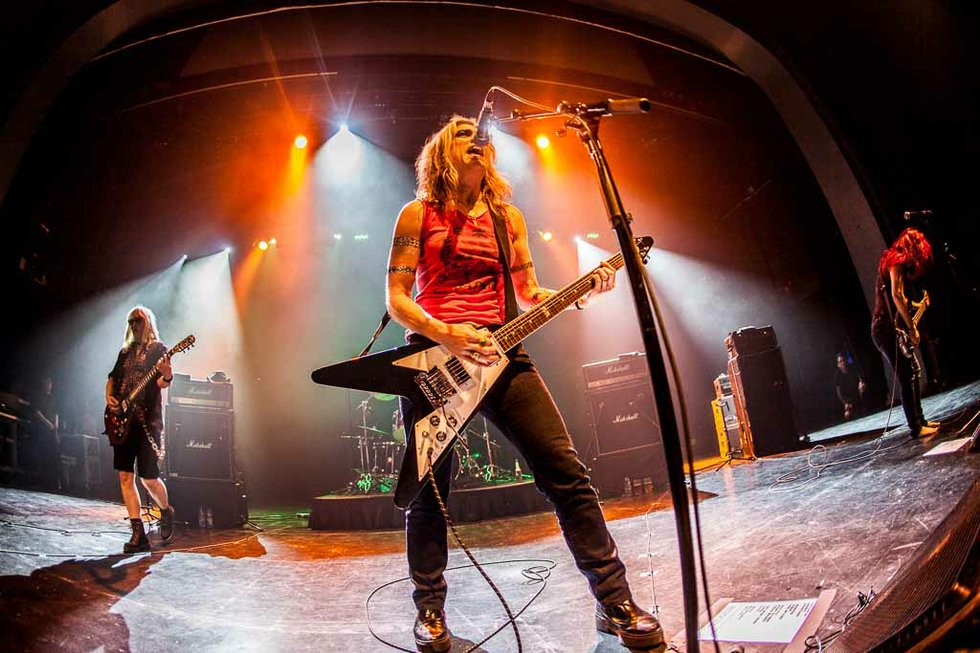 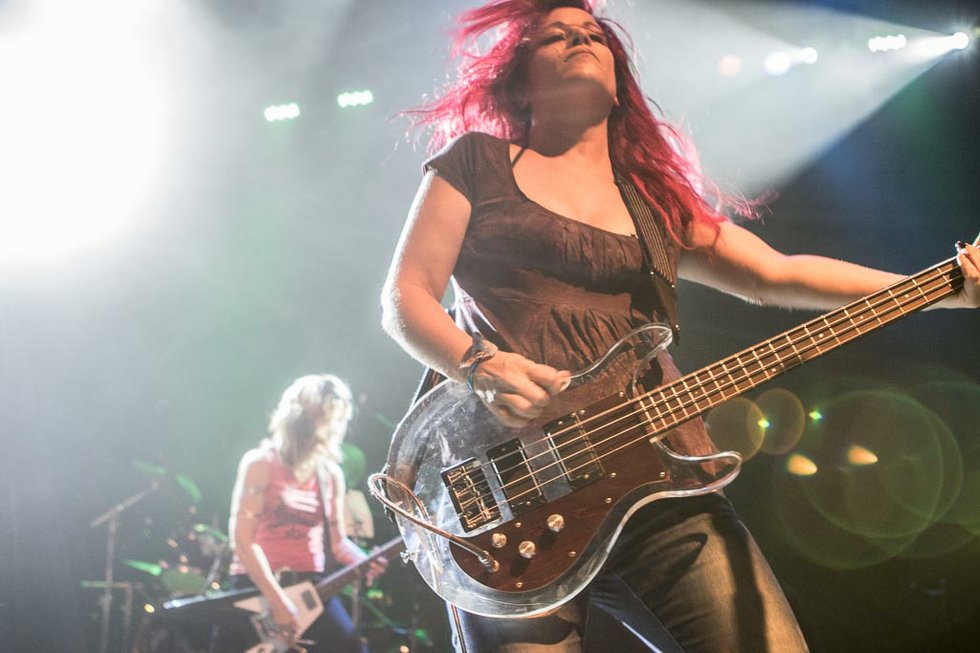 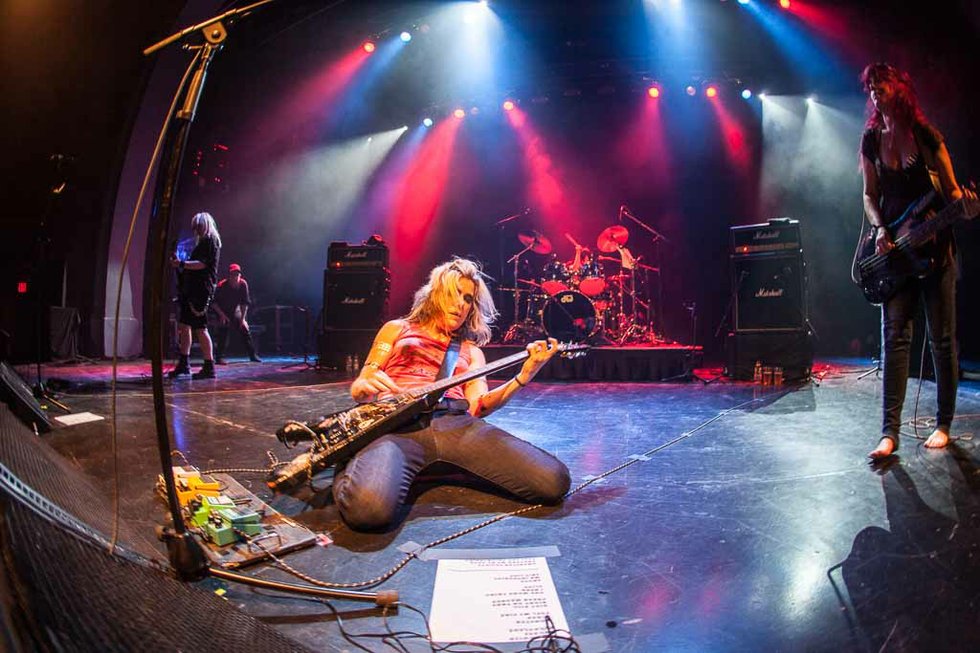 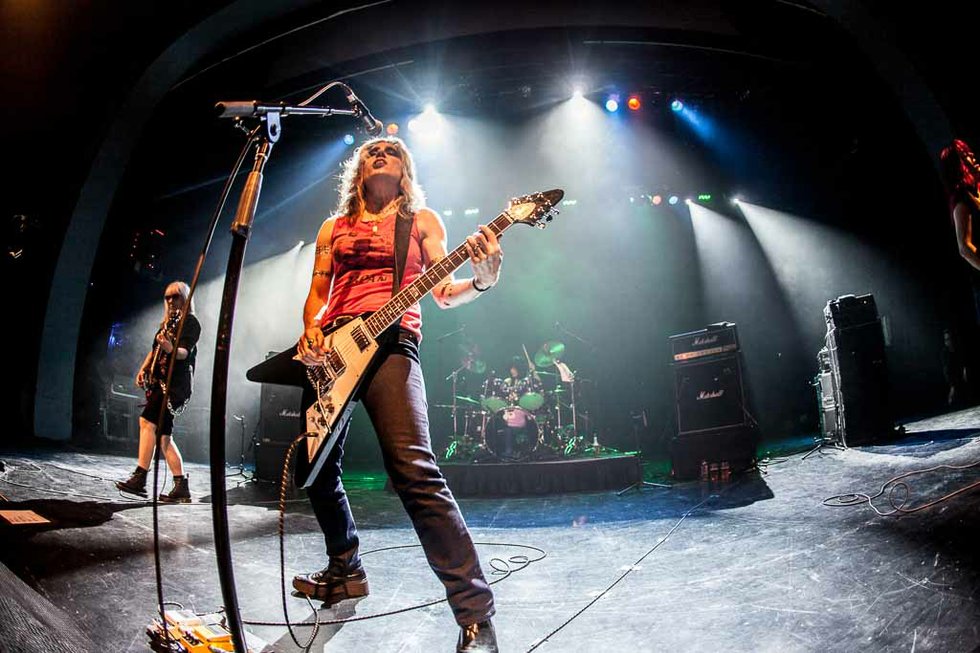 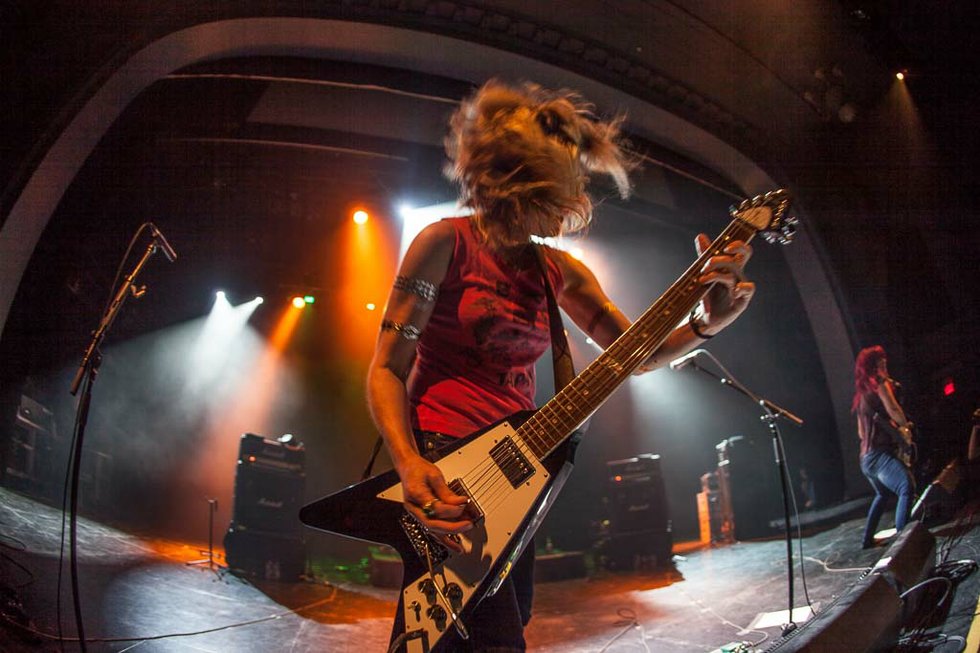 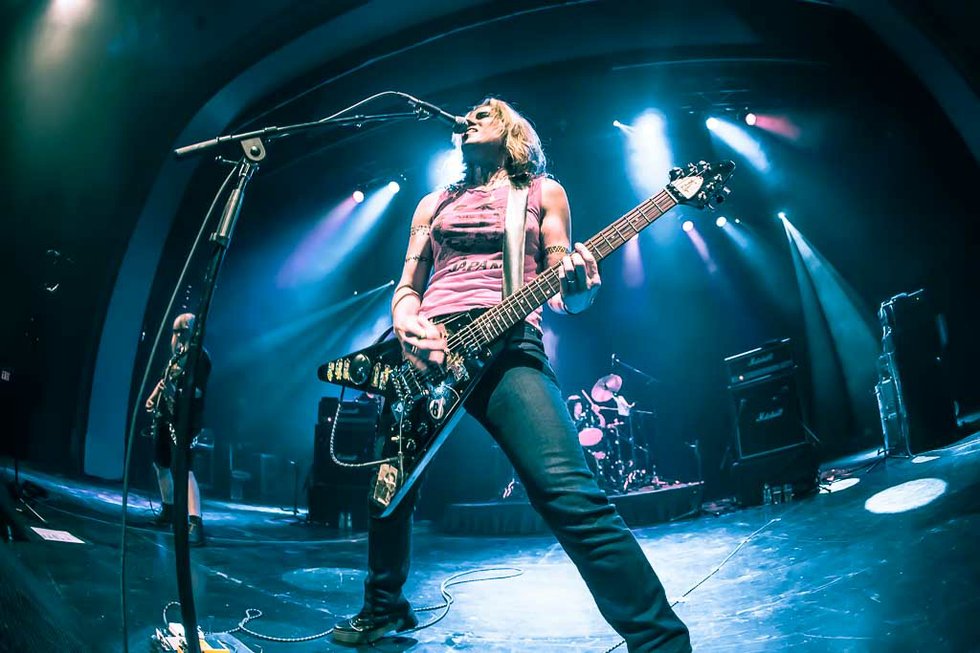 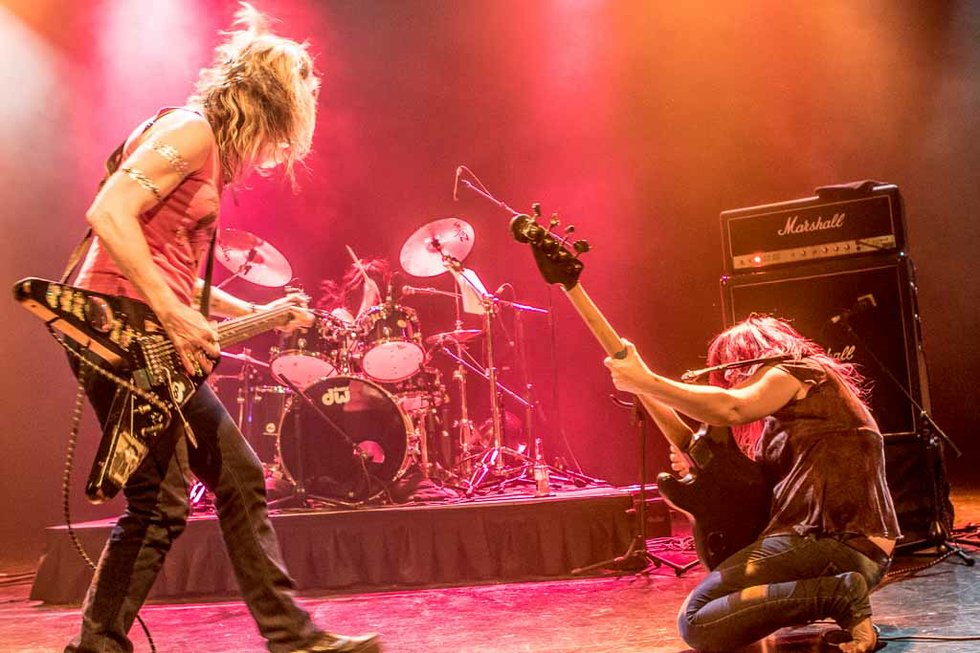 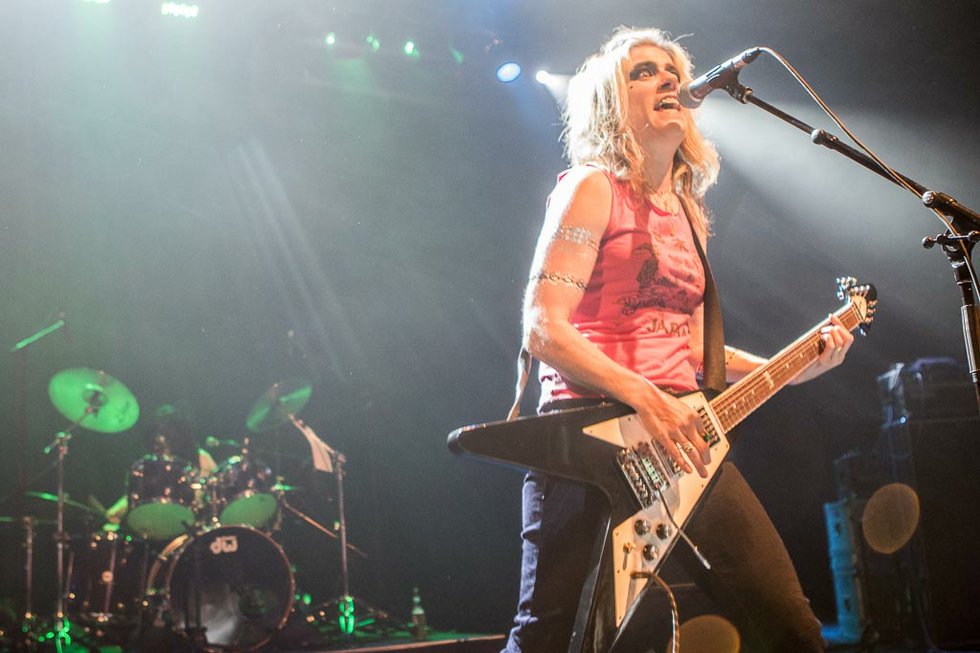 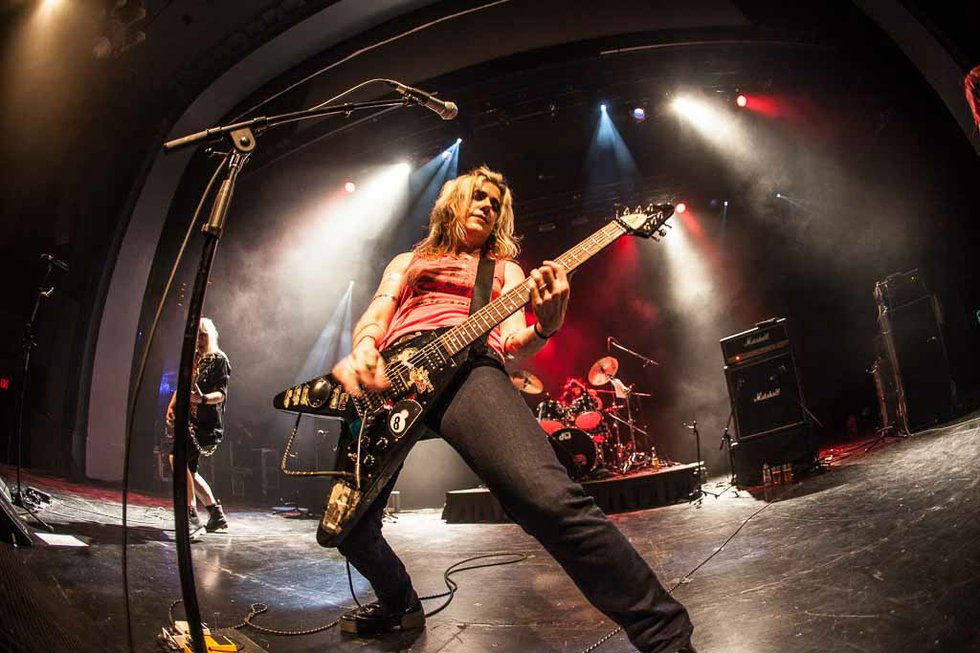 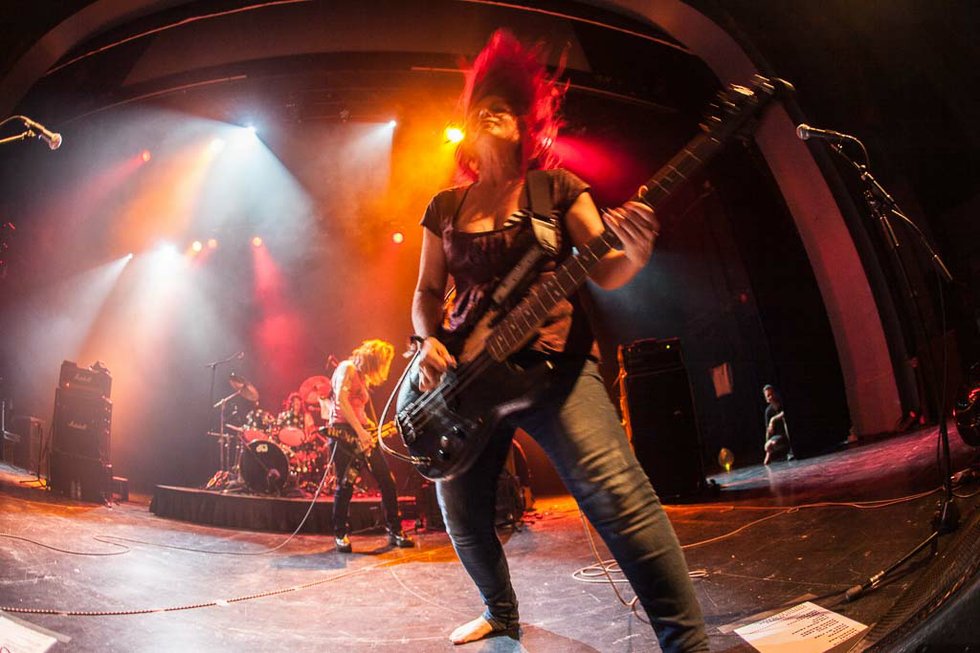 It wasn’t until near the end of L7’s ferocious set at the Danforth Music Hall that we learned part of the reason behind Donita Sparks’s visible onstage discomfort. “I bought some new raccoon-eye makeup and it’s burning the fuck out of my eyes,” she said. “Ladies, don’t ever cheap out and buy Sephora.”

The singer/guitarist and founding member of the influential proto-riot-grrrl band also slipped at one point, had to switch up guitars frequently due to tuning issues and injured her finger, keeping her guitar tech on his toes. But instead of slowing things down or bumming out the mega-good vibes, all of that just showed how tenacious and indomitable she is, no self-pity or whinging to be heard.

All four members of the L.A.-based band – reunited after 13 years – were in peak form and high spirits, rolling out sludgy, menacing low-end riffs punched up by raise-your-fist-in-the-air lyrics and catchy melodies sung gang-vocal-style. Bassist/singer Jennifer Finch – still with flaming red hair – tossed off funny one-liners about ex-husbands and how Ontario could suck it (and then, realizing her mistake, said Montreal could suck it).

The set list was heavy on songs from 1990’s Smell The Magic, 1992’s Bricks Are Heavy and 1994’s Hungry For Stink – Andres, Fuel My Fire, Mr. Integrity, American Society and Pretend We’re Dead were standouts – but we also got a strong “new song that we never did in the old days,” sung by Finch.

The female-dominated crowd, meanwhile, teemed with raunchy badasses swinging rubber dicks in the air and hollering encouragement. Guitarist/singer/founding member Suzi Gardner was the last to leave the stage, her guitar screaming thunderous noise as she reluctantly set it down and waved goodbye.