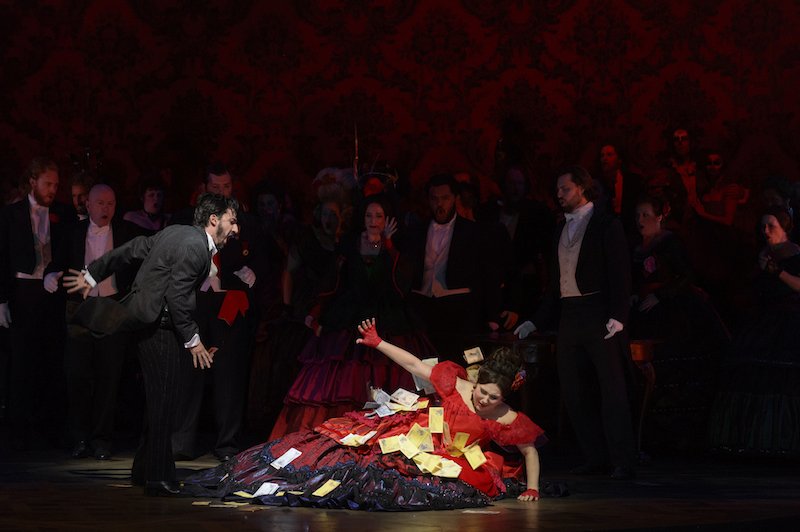 Sometimes its better to present a smart traditional take on a classic than an updated version that leaves audiences scratching their heads. Especially when that work is so tied to its 19th-century setting and mores, like Verdis romantic opera La Traviata.

Thanks to hot Manhattan theatre director Arin Arbuss clear and sensitive production for the Canadian Opera Company, no one will fail to be engrossed by the story of Violetta (Ekaterina Siurina Joyce El-Khoury alternates for some performances), a French courtesan who leaves her shallow life of pleasure and decadence to live with the student Alfredo (Charles Castronovo and Andrew Haji), only to be forced by Alfredos father, Giorgio (Quinn Kelsey and James Westman), to give him up to save their family name.

The particulars of the plot might seem as hard to relate to as the corsets the female characters wear, but the emotional truths resonate throughout. Verdi and his librettist, Francesco Maria Piave, knew how to build maximum dramatic impact, and Arbus, her superb design team and the fine cast follow their lead.

La Traviata contrasts the pleasures of sex and hedonism with quiet love and domesticity. This comes out in Riccardo Hernandezs sets, which are big, bold and brash in one scene and then intimate and stripped down the next. Marcus Doshis lighting is used to great effect, one moment evoking the grotesque nature of Violettas fickle friends, the next the sadness of a life and a love about to be snuffed out.

Cait OConnors sumptuous costumes include puppets that add height and excitement to one scene, only to return as a ghostly premonition in another.

Violetta is one of operas great roles, and Siurina reveals every aspect of the woman, making up in clarity and emotional focus what she lacks in power. Shes an intuitive, intelligent actor, responding to Castronovos ardent, earnest Alfredo and Kelseys characterful, full-throttle Giorgio with a touching believability and pathos.

And kudos to Italian conductor Marco Guidarini, who gets the COC orchestra to bring out the soaring lines and underlying intricate rhythms in the score that help take the opera to its tear-jerking finale.