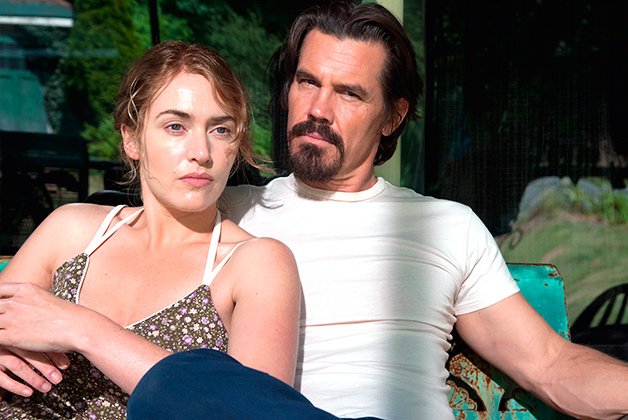 After the barbed comedies Thank You For Smoking, Juno and Up In The Air, Jason Reitman obviously wants to be taken seriously as an artist. It isn’t working out too well.

The “kinda-sorta” is a bit of a sticking point. Reitman’s not interested in creating a sense of real danger as much as he is in remaking The Bridges Of Madison County, a story of a lonely woman rediscovering love at the hands of an imposing stranger. Sure, he’s forced himself into her home, but he’s fixing that squeaky door and teaching her son how to throw a ball! And wait until you taste his peach pie!

Brolin very nearly sells his impossible character as a misunderstood man trying desperately to be decent, and Griffith is appropriately hesitant and watchful.

But Winslet settles for another of the mannered, Important Actor performances she’s been giving in movies like The Reader and Revolutionary Road, and Reitman doesn’t do anything to snap her out of it.