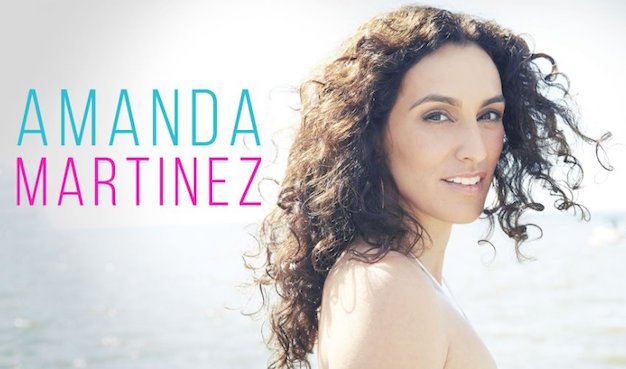 Amanda Martinez performs at the Living Arts Centre on November 25

As part of this month’s Living Arts Centre Digital Residency, we’re featuring some of the artists audiences can see at this world-class performance venue in Mississauga.

I celebrate a great show with a toast of wine after with my band and big hugs all around. If it’s not too late, I love being able to chat with everyone and have some good food and relax!

Where and when was your first performance in front of an audience?

My first performance in front of an audience was as Violet in a Charlie Brown show when I was in summer camp, probably around age eight, and then later in high school as Rizzo in Grease! My first music show with a band was at Alleycatz back in 2001 when I did the kick off for the first “Martinez Monday” and made it into a fundraiser for the Canadian Cancer Society.

In one word, how would you describe your performances?

What’s the most important moment in your career that happened off-stage?

Meeting my songwriting collaborator Kevin Laliberte who has been performing and songwriting with me for 15 years and also introduced me to my amazing husband, Drew Birston.

What’s the strangest thing that’s ever happened to you on stage?

Performing when all the electricity went out so we ended up doing the show acoustically with candles!

I am very proud of my friend Kellylee Evans who, after overcoming a lightning strike and a concussion, is back is on top of her game and full of beautiful music.

What kind of experience are you expecting in Mississauga’s Living Arts Centre?

The Living Arts Centre is such a beautiful stage and I am expecting to feel a lot of excitement as it will be our debut there. I am bringing with me my bandmates, who are full of great energy and charisma, as well as my special guest African songwriter, Donne Roberts!

I am working on recording my next album and itching to get into the studio!