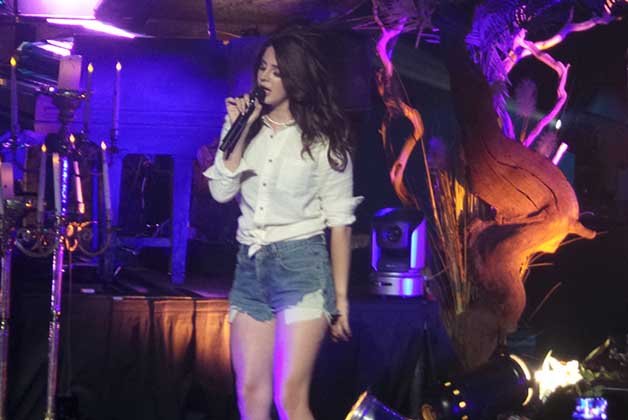 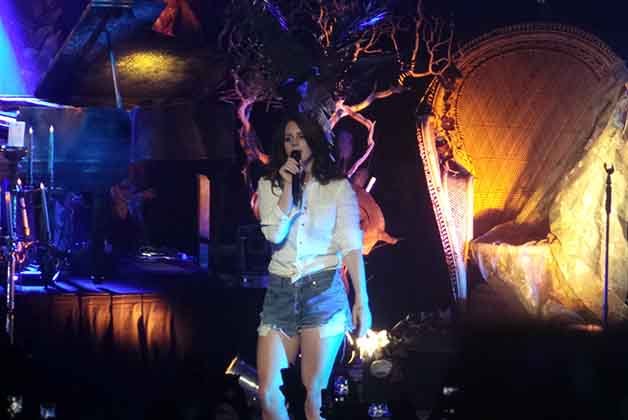 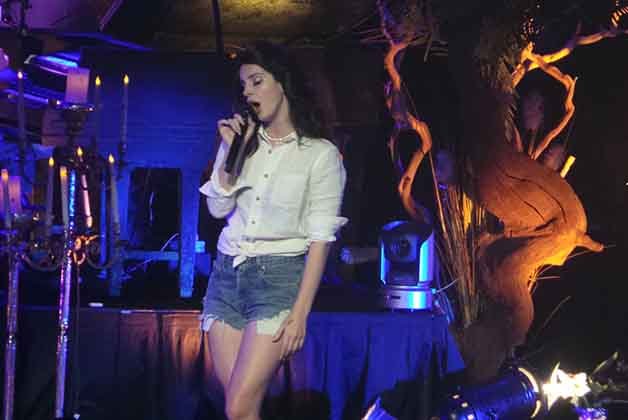 Lana Del Rey fans: find someone new to love. She doesn’t deserve you. Turning the Sony Centre into a sea of daisy dukes, floral dresses and flower headbands, fans of the American pop singer screeched and squealed their way through the 70-minute set to the point that I couldn’t tell which was worse: how bored I was, or how much my ears hurt. (I physically put my fingers in my ears for the first time ever at a show.)

I like Lana Del Rey’s songs individually. Some of them quite a lot. But string them all together and the result is an incredible sameness without any onstage charisma, banter or warmth to add interest.

Waltzing onstage with a cool hair flip and a stiff pageant wave, Del Rey saved all her breath for her songs, barely speaking to the crowd, failing to even introduce her four-piece band or acknowledge that she was in Toronto. She did say that she hoped we like the new album. Oh rapture.

The staging was surprisingly impressive: palm trees, candelabras and black and white projected video that collectively made you feel like you were at the Coconut Grove. Too bad Del Rey didn’t use any of it – not even the Rattan throne smack in the middle that seemed like an obvious choice. She stuck within three paces of the microphone at all times, except for the odd silent dip into the crowd for 30 seconds or so.

As for the songs, well, all the hits were there: Summertime Sadness, Video Games, Young And Beautiful, Born To Die, and a new one, West Coast, from her forthcoming album Ultraviolence. There was a surprisingly strong reaction for Carmen (seriously some of these women were making themselves hoarse yelling “I LOVE YOU LANA” sounding like Samuel T. Herring’s wounded howl). And she sang them mostly well – she’s a competent alto – except when it seemed like even she couldn’t hear her band (those screams!) and was just a step behind, or when she messed around with her delivery on Video Games, going quiet and then PIERCINGLY LOUD and going off-key and making it hard for anybody to sing along as they had been faithfully doing for the rest of the show.

She redeemed herself with a straightforward rendition of everyone’s favourite song, National Anthem, complete with A$AP-Rocky-co-starring-Kennedys-fairytale video going in the background. It landed with the kind of gravitas the song deserves, especially since she gave it the closing spot. But she should have slotted in something else instead, and then done that as an encore (there wasn’t one). Her adoring fans would have appreciated it.