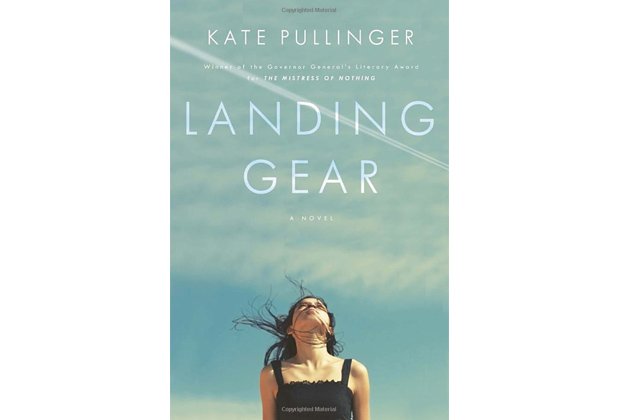 Kate Pullinger’s Landing Gear has a great premise, but the Governor General’s Award-winning author has a hard time keeping the narrative taut.

London-based Harriet and Michael are mindlessly maintaining their marriage until a volcano in Iceland spews an ash cloud that halts air traffic at Heathrow, leaving Michael stranded in New York. He decides to travel to Toronto and hooks up with an old girlfriend, which has a disastrous impact on his household.

Harriet, in the meantime – while making sure their teenaged son Jack stays focused on school – has been trying to locate the young woman who might be the daughter she gave away at birth. And Emily is trying to find her birth mother – who may be Harriet, whom she starts following and videoing.

The material dealing with the air traffic shutdown is illuminating. Jack and his stoner friends marvel at the beauty of the clear skies, and the communities close to Heathrow are gobsmacked by the absence of noise pollution. Harriet, a radio reporter, does a news spot in which, for seconds, she records nothing but the sounds of birds, the wind, kids laughing.

When air travel resumes, Pakistani Yacub stows away in the landing gear of a plane headed from Dubai to the UK and falls, plummeting out of the sky onto Harriet’s car. Miraculously, he walks away from the accident, and Harriet takes him into her home – which changes everything.

While the narrative moves between the perspectives of Harriet, Yacub, Jack, Michael and Emily in the novel’s early stages, Pullinger keeps her grip on the story. And there’s considerable tension as Emily’s and Harriet’s lives get set to collide.

But the narrative slackens in the middle and skips over some hard stuff. Jack’s friend dies after taking the drugs Jack gave him. What happens after that? What happens when Emily and Jack first set eyes on each other? Pullinger keeps setting up conflicts and, poof, it’s two years later.

And, as with her GG-winning The Mistress Of Nothing, things get too tidy in the end.