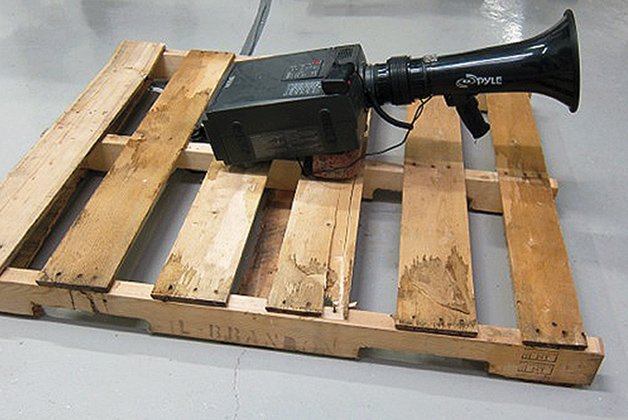 Both Martin Golland and Ash Moniz explore landscape, Golland locating it in memory and Moniz showing its erasure by development. But they do it in different media.

The paintings in Golland’s Arcadia show occupy the front gallery of Birch Contemporary, and the installation, sculpture and video works of Moniz’s Setting In Motion the back gallery.

Golland’s landscapes emerge from abstraction. His strength is his ability to conjure a convincing gestalt of a location out of fragmented elements. He combines pieces of remembered landscape, washes of colour and quotes from photographs at the start of a composition, then paints from that.

Raised and well travelled in the Mediterranean region, Golland infuses his canvases with the timeless warmth of the area without tipping into postcard sentimentality. What we get, in fact, is rigour balanced by an incredibly subtle sense of colour.

Are Golland’s landscapes located in memory, in perception or in the sites themselves? While the answer forever remains debatable, his investigations are deeply pleasurable.

Moniz plays with the tension between the brute force of bureaucracy’s letter-of-the-law regulations and individual self-determination. His installation centres around a series of government-ordered evictions from buildings in Nanjing slated for demolition.

Some of his interventions represent deliberately obscure actions designed to cause all manner of legal and regulatory panic at Chinese customs: packing a large plastic bag of white plaster dust from the demolition site in his luggage, or carrying the allowed weight of carry-on luggage in the form of actual weights.

Moniz hopes to expose the often random and absurd boundaries and fault lines of power as it is exercised by an authoritarian government. The video here consists of interviews with one particularly stubborn group of tenants sitting in the near-ruins of their neighbourhood as a government megaphone blares in the background telling them to move. His own megaphone attached to a slide projector suggests an answer and a rallying cry.