I play with a few bands, as well as an artist named Laila Biali and an American band called Snarky. 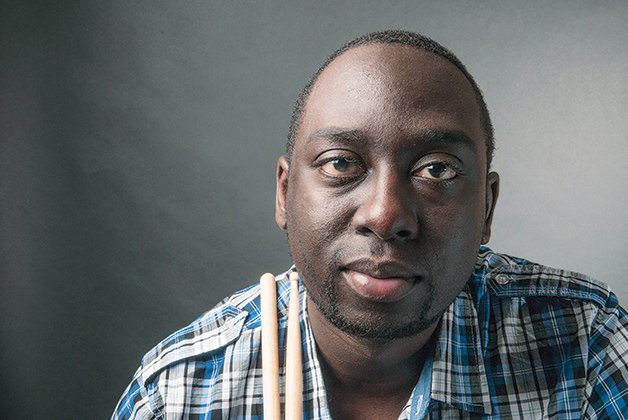 I play with a few bands, as well as an artist named Laila Biali and an American band called Snarky Puppy, who won a Grammy this year for best R&B performance. I played drums on their February release, We Like It Here. Not all bands tour all the time or play all the time. Playing a bunch of styles and being multi-faceted help ensure that I work constantly.

I went to Humber College, where I studied music. I started playing drums when I was two, and I just turned 30. Growing up I played in church. One day I decided to go for it. “You know what? I do this at a high level and a lot of people are suggesting I consider doing it professionally.” You never really think about drumming as a day-to-day job when you’re a kid.

I was able to play with a lot of the faculty members in my first year. I played drums in their band and at recording sessions, so I got first-hand professional experience as soon as I walked through the door. The course gave me the opportunity to network not only with students but with teachers, as well as giving me an understanding of theory and history.

A lot of people go to school to get a degree and move on to teach, but I definitely wanted to go there to perfect my skills and be with people who could guide my path beyond giving private lessons.

You might think that if you’re not doing the 9-to-5 thing, you don’t have to deal with a boss. At the end of the day, if you’re a freelance musician, you do have a boss: your bandleader.

You’re constantly on the phone, emailing, trying to promote yourself and your band. You’re not avoiding paperwork. Music has its own version of office drama. You’re dealing with people. People in the office in suits are the same as people in their performance outfits onstage.

Music theory is a big part of my work. My main instrument is drums, but I also play keyboard and bass. Understanding theory opened up a world that is normally closed off to drummers because they play an indefinite-pitched instrument. I felt included. I was always around music and hearing chords, so my ear was developed early on. Once I was able to combine that with the theory, I felt more confident making suggestions. I didn’t feel like I had to step aside because I didn’t know what they were talking about.

The theory explains what’s happening. When you connect a particular set of intervals with another set of intervals you get a chord. So the theory can be proven. But it does not override the fact that you have to play music from the heart and with conviction. That’s something you can’t get from a piece of paper.

As a musician, you need to be observant. When you observe and pay attention, you’re able to connect with what’s going on. Whether you’re a passive person or an aggressive person, you do need to play with conviction.