NowMagazineLashing out: The mascara guide

Lashing out: The mascara guide

Great lash my ass. There's nothing impressive about mascaras with estrogenic butyl or propylparabens and formaldehydereleasing preservatives like quaternium15. Plus,. 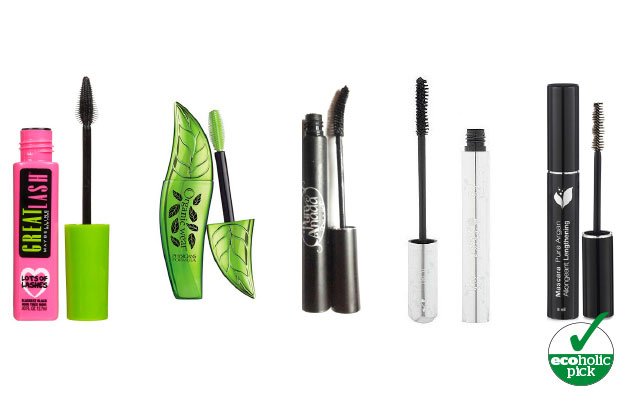 Great lash my ass. There’s nothing impressive about mascaras with estrogenic butyl or propylparabens and formaldehydereleasing preservatives like quaternium15. Plus, these products are loaded with unsustainable petroleum distillates and plasticky nylon as well as ecologically dubious cyclopentasiloxane. And they use a lot of controversial mica, linked to child labour scandals at illegal mica mines in India. Give them the brush-off.

At drugstores this is definitely your best natural mascara pick. (Actually, it’s probably your only natural mascara option.) I gave this one a top score in my Ecoholic Body book, but it’s been reformulated since: it doesn’t have quite as much wow factor now, and more women complain about smudging. However, it’s Ecocertcertified to be 100 per cent naturally derived and 70 per cent certified organic, so contentwise it deserves top marks. Performance-wise I’m not hooked. It’s made in the U.S. by Physicians Formula, which makes dodgy conventional makeup, too.

These two Canadian natural beauty brands are both great everyday mascaras. Manitoba’s Pure Anada is vegan, waterresistant and definitely the best deal at $12 to $14. Nice to see it has ditched eco-toxic siloxanes as well as childlabourlinked mica. It does use phenoxyethanol preservative, which wouldn’t fly with some natural cosmetic certifiers like Ecocert. Even more natural and local is Toronto’s MarieNatie ($16.99), which uses organic beeswax and coffee powder. However, I find it wears out sooner than pure anada and isn’t vegan. Happy to see its mica is from the more labourfriendly U.S.

Performance-wise, natural makeup artists tend to swear by one of these two brands (emphasizing that you need to wiggle the wand with a good dozen slow strokes to get pro effects). In a faceoff, Cali-based 100% Pure ($26) is hands down the most lengthening natural mascara I’ve tried. Love it. And it’s pigmented with stuff like black tea and coffee. It does contain some mica from India, though its supplier is said to own its own mines to avoid illegal sources. Pricier German import Hauschka Volume ($39 or cheaper at Big Carrot Co-op) is tops for plumping while lengthening (unlike even pricier Lavera Butterfly Effect) and definitely lasts all day, whereas most natural mascaras tend to fade away after 12 hours. However, the essential-oil-derived preservatives may irritate some. Coloured versions also have mica.

Want a Canadian/natural/organic lash booster that delivers good oomph? Montreal’s Zorah is Ecocertcertified to be 97 per cent natural and 18 per cent organic, with an emphasis on fairly sourced ingredients. Ecocert also requires that products be tested for heavy metals, which is great. It comes in two $25 formulas, but I prefer the Length & Care version, with its doublehelix wand designed to be twisted. No mica, and palm-derived ingredients are consciously sourced from South America, avoiding contentious Southeast Asian palm. Plus Zorah’s preservatives are all Ecocertapproved. Losing a point because it doesn’t wear quite as long as, say, Hauschka. Coming soon to Toronto retailers, but for now you can get it at zorah.ca.