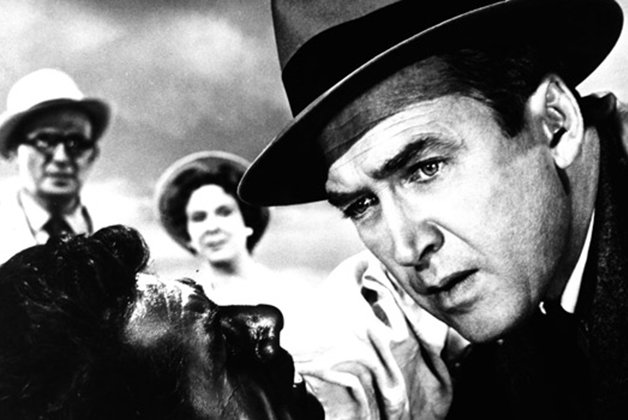 The Man Who Knew Too Much

Had it with winter? Want to immerse yourself in sunshine and beaches and bikinis? Well, I can’t blame you – and the fine folks at CINSSU have seen to your needs, programming a free triple bill of aquatic horror movies tonight (Friday).

Starting at 7 pm, Orca, Blood Beach and the original Piranha will unspool in Innis Town Hall, the latter introduced by my friend and colleague Adam Nayman, as it happens. These aren’t great movies – only Piranha is any good at all, really – but all three are memorable experiences in their own way, and they’ll be fun to see with a crowd.

Alternately, you might have loftier ambitions for your cinematic weekend than “watch six straight hours of cheesy exploitation movies.” In which case I’d direct you down to the Lightbox, where they’ve just launched a sidebar to their Jean-Luc Godard retrospective.

Bigger Than Life: Jean-Luc Godard’s Hollywood Classics assembles 14 American features beloved by the filmmaker. Some of them are Golden Age titles he would have embraced as a student or young critic others are later discoveries that shaped his own aesthetic vision or influenced his evolution as a filmmaker. Each one of them is also essential viewing on its own merits.

The rest of the program reflects the movies Godard would have gorged on during his most creative period in the 50s and 60s: Sam Fuller’s Shock Corridor (March 1), Nicholas Ray’s Bigger Than Life (March 2) and Bitter Victory (March 15) Alfred Hitchcock’s The Man Who Knew Too Much (March 8) and Anthony Mann’s Man Of The West (March 9) Frank Tashlin’s The Girl Can’t Help It (March 11) and Jerry Lewis’s The Nutty Professor (March 18).

Venerated film theorist David Bordwell comes to town for a March 16th screening of Joseph L. Mankiewicz’s A Letter To Three Wives, and the series closes with a bookend to The Great Dictator, Ernst Lubitsch’s To Be Or Not To Be (March 22) – which, like Chaplin’s film, treats Adolf Hitler as a satirical piñata, rather than a figure to be feared. You can see how it would have been huge in France.