This year’s Cannes controversy was a little dumber than usual. 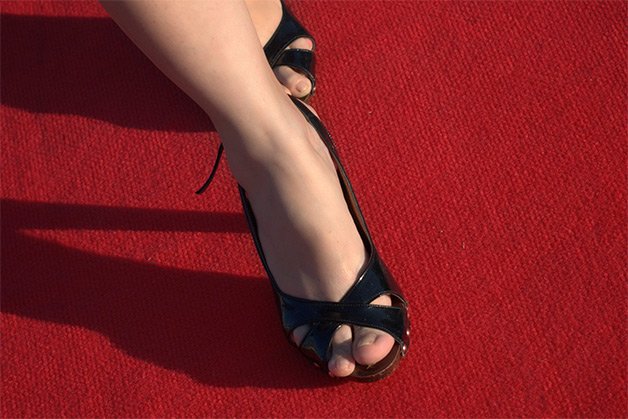 Earlier this week at the Cannes Film Festival, producer Valeria Richter was turned away from the red-carpet premiere of Gus Van Sant’s Sea Of Trees because she wasn’t wearing heels. Turned away four times, in fact, because she was wearing flats.

This wasn’t the only occurrence of overzealous fashion policing: there were also reports of women being refused access to screenings of Todd Haynes’s Carol for insufficient heel height, and director Asif Kapadia told the media that his wife encountered some resistance on her way into his Amy Winehouse documentary, but eventually got in.

Richter’s story got the most attention because – as she repeatedly had to explain to reporters once the story blew up around the world – she’s had part of her left foot amputated and literally cannot walk in heels.

Adding insult to injury, this occurred just days after the festival screened George Miller’s Mad Max: Fury Road, whose female lead wears boots. (The better to kick your ass with, my dear.) And Sicario star Emily Blunt – who is generally awesome – was quick to speak out against the festival’s stance, threatening to wear Converse sneakers to the premiere of her own movie while her collaborators Denis Villeneuve, Josh Brolin and Benicio Del Toro pledged to wear heels themselves in protest. (None of them actually went through with it, but maybe we can talk them into doing so at TIFF.)

So, yeah, controversy defused – well, except for the odd tin-eared pushback from people who really ought to know better – and festival director Thierry Fremaux has since apologized for “a small moment of over-zealousness” on the part of his ushers. Maybe that’ll be the end of it. That’d be nice.

Except that the film industry depends on pushing impossible images of beauty and fashion, and Cannes as a film festival is fuelled by the idea that you, as an attendee, are not pretty enough to be there. Dressing in ridiculous finery is part of that festival’s excessive funhouse aesthetic.

There’s something about unrealistic movie-star glamour combined with the dickish superiority of Old Europe that brings out the absolute worst in people sure, the red-carpet coverage at TIFF borders on the ridiculous, but at Cannes it’s properly ludicrous, and has been for decades. Remember, this is a festival with massive yachts anchored in the background: everyone’s waving something around, because how else will you be noticed when Monica Bellucci is standing three feet away?

And fashion itself is profoundly sexist. I have seen men wear ill-fitting suits on plenty of red carpets, sure, but I’ve also seen women stitched into structurally questionable gowns that require not just constant attention to breath control but a very specific posture, so that one’s nipples do not make a guest appearance on TMZ.

And those are the clothes, not the accompanying footwear. If Emily Blunt wants to wear flats under a floor-length gown, no one is going to stop her. But she’s also the star of the movie she has the power to push past any usher who might object. The other thousand-plus women in attendance at the Lumière don’t have the same juice.

We’re never going to change Cannes culture. French people judging others on their fashion choices is as old as the hills hell, when I went there in 2008 I felt like a walking bag of ham pretty much constantly, and no one was even taking my picture.

But maybe TIFF can make this a teachable moment. Toronto’s film festival is already pretty flexible on red-carpet fashion, but wouldn’t it be great if we actively encouraged people to dress a little more comfortably on the way into their own movies? It’d be just one step towards a larger course correction, but it’d be a step taken in sensible shoes.