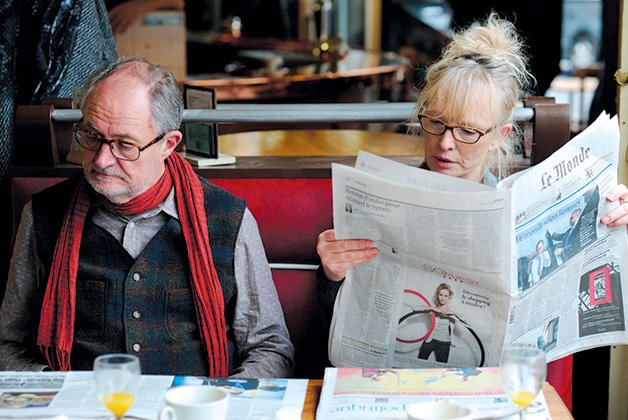 Even in fabulous Paris

It’s being marketed as a frothy middle-aged romance, but Le Week-End is a more desperate and unsteady creation, a drama about an English couple (Jim Broadbent, Lindsay Duncan) who’ve arrived in Paris to celebrate their 30th anniversary.

But something is off. She’s angry and intemperate, and he’s flustered and frustrated, chasing after her when she stalks out of their chosen hotel because the room is too beige. As the two fuss and fight across the City of Lights, their dynamic emerges: she’s tired of him, and he’ll do anything to hold onto her.

This should be the start of an interesting character study, or at least a drama worthy of powerhouse performers Duncan and Broadbent. But neither screenwriter Hanif Kureishi nor director Roger Michell seems interested in going that way, and the actors can’t settle on a tone. Duncan comes off as a monster when we most need to understand her, while Broadbent is alternately a doormat and a… well, whatever’s more trod upon than a doormat.

With its long arguments and clumsy dramatic devices, Le Week-End feels like a stage play that’s been awkwardly translated to the screen. It certainly can’t compete with last year’s Before Midnight, which told a very similar story with considerably more empathy and skill.