He may be queer, but there's still no such thing as gay rap 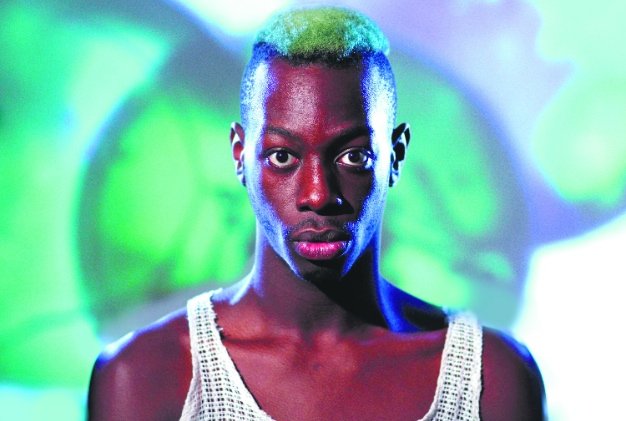 Khalif Diouf, aka Le1F, was making music long before Pitchfork outed him in a haphazard piece on (scare quotes!) “queer rappers.”

“I feel like I didn’t even realize I was a gay rapper until earlier this year, when Pitchfork wrote about it in that context,” says Le1F, 23, who was affiliated with Montreal label Summer Lovers Unlimited (Crystal Castles, Stop Die Resuscitate) in the late 00s.

The piece, We Invented Swag: NYC’s Queer Rap, teased Le1F’s April mixtape, Dark York, and also discussed Mykki Blanco and Zebra Katz, among others. Blog buzz is a potent thing: he’ll be the next of those three artists to play Toronto by the year’s end.

“I’m not upset about being grouped with my friends, and it’s cool to get press, and, yes, I am a gay rapper, but [I don’t make] gay rap,” he says. “You can’t make a genre out of a physical, social identity. Me having sex with a man has nothing to do with music composition. I didn’t realize me and Cazwell could be compared. I thought that, if anything, people might call me a cloud rapper.”

Le1F laughs a lot while talking because, clearly, he’s spent most of the year thinking about all of this. Beyond identity, he says, descriptors like “gay” mess with how his music gets described: “Like, yeah, I sampled The Ha Dance” – a ballroom classic by Masters at Work – “but I also sampled Nelly Furtado!”

Liquid, his forthcoming mixtape on Boys Noize, seems like it’ll be a more precise Dark York: a hip-hop-inflected sonic mosaic by someone who spends a lot of time online. Beats connect house music and hip-hop thanks to production from a range of “really great SoundCloud dudes,” including Brenmar (Nina Sky), Shy Guy (Joey Badass) and Falty DL.

“I was really shy at first,” Le1F says about his beginnings, a surprising admission given his sometimes zany, always hype persona. “I respected rap a lot and didn’t want to be bad [because] I thought that would be disrespectful. So I didn’t take it lightly.

“But hip-hop is always changing, and [working with other producers] helped me realize that I could rap double-time and sound really cool and be really camp, but still sound ‘hood and say certain things.”