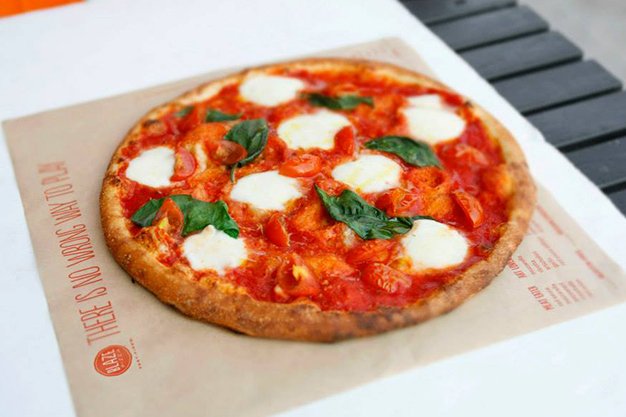 We all know LeBron James as a two-time NBA champion, a four-time NBA MVP and, of course, comedic foil to Amy Schumer. You might not know him, however, as a part-time pizza impresario, but James has thrown his weight behind a fast-casual pizza concept, Blaze Pizza, that’s been taking off in cities across the U.S.

Now, it’s about to become the latest American chain (behind Chipotle, Five Guys, Bareburger and Denny’s) to use the Yonge and Dundas area as a proving ground. Blaze is about to move into the spot left vacant by Johnny Rocket’s at 10 Dundas East.

The chain’s claim to fame is the ability to turn out fresh-fired pizzas in 180 seconds, a concept which already took hold here with 180 Secondi and 90 Second Pizza. The core menu’s rounded out by salads, as well as a few specialties like blood orange lemonade and s’more pies the company says craft beer and wine will be offered as well. Where Dundas Square’s hungry tourists and time crunched office workers are concerned, this one might be a (cough) slam dunk.