I work on The Morning Show, News At. 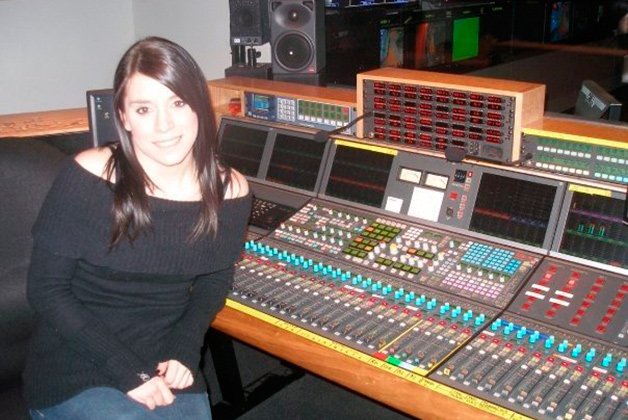 I work on The Morning Show, News At Noon and Focus Ontario. I set up the mics, mix the shows, select the music and am responsible for anything you hear on the air.

In high school I wasn’t sure what I wanted to do, but I’m a big music person and I like playing around with technology. I wanted to get into music but decided to try TV so I could branch off into all sorts of different things. That’s how I ended up going into the audio world.

I graduated in 2004 from Mohawk College in Hamilton, where I took television broadcasting and communications media.

The best thing about the program was that it prepared you for working on a deadline, under pressure, with crew members and with the equipment to put a show to air.

Going to air is a team effort. You have to communicate with all the operators and be able to listen and do your job at the same time. That was a big part of my schooling.

The difference between then and now is that technology has changed drastically. Everything technical that I learned then is completely different from what we use now, and it’s changing daily.

Ten years ago we still used things like Betacam. Now everything is becoming automated, which is scary. The industry gets smaller and smaller. I’m being trained on our automated system so when it evolves to full automation I’ll be able to use that equipment as well. Now we’re fully staffed, but that’s changing quickly.

It’s difficult to get a full-time position in the industry. Conventional TV broadcasting is dominated by specialty channels where [sound] is done off-site and finished in post-production. Control rooms that do live television and news are becoming rarer. There’s a nervousness around automation: Are you going to have a job tomorrow? Or next week? Or next year? That fear makes it hard sometimes.

The best experiences involve working with the crew to put a whole show to air. I feel very good after a show is up and it’s clean and looks and sounds good. It gives you the best feeling, whether it’s an election or a concert.

People who are technically savvy and ambitious – that’s number one – will excel in this profession. Anybody can learn something technical it’s the ambition and perseverance that get you ahead. I developed that in school in my third year when it was getting down to the wire. I realized I needed to fight through it.