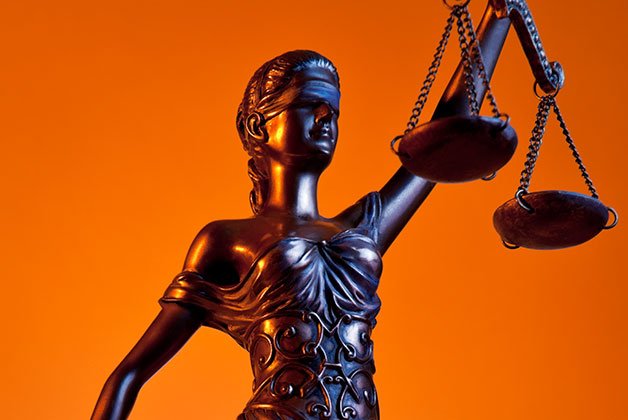 I consider The Law as dangerous, moody and capricious as the men who make it up. Accordingly, I decided a few years ago to arm myself – with the telephone number of a lawyer. I wrote it on my wrist every day until I had it memorized.

When I saw the big clear posters throughout Parkdale announcing a Thursday, September 18 meeting at City Hall to discuss the GTA Legal Clinics’ Transformation Project, a proposal to replace 14 community-based legal clinics with three mega-service-centres, I dialed the number. I got an immediate response from this dedicated individual who came to lawyering late in life and works at one of the community legal practices at risk of being killed off by the proposed “transformation.” A stark choice has been forced on the clinics: they have until the end of December to respond to the proposal.

Legal Aid Ontario (LAO) is attempting to remedy chronic underfunding through an amalgamation that could spell disaster for countless Torontonians already in dire straits and for whom access to the justice system is denied.

“It’s like closing all the walk-in clinics and telling people to go to the hospital. My clients all walk here or scooter,” my lawyer says. “They don’t have money for phones or TTC. Certainly not computers.”

As for supposed savings through the “efficiencies” that the transformation is supposed to bring, my lawyer wonders. “I have a desk, a computer and share a printer. The walls are dirty. The carpet stinks. The chairs are hard plastic so that the poor people don’t infect them with bedbugs.”

The project’s Vision Report claims poverty has moved to the suburbs and that downtown is over-served.

I waded through 122 pages of Vision to find a telling line on page 85: “The intent is to treat the GTA as a blank slate and envision what would be the best way to deliver clinic services to clients.” A blank slate?! More than 40 years of painstaking community-building and service. Wipe it out! How Toronto.

The Vision includes a vague plan for “access points” at hostels and other community service providers, to the proposed mega-clinics. This, apparently, is called “leveraging technology.” Or you could call it a fast track to frustration.

A woman at the City Hall meeting described the delicate process of intake, which can help illuminate other legal concerns. “Trust is essential,” she said.

“We’ve heard the language of ‘mega’ before – mega jails….”

She guarantees that her mother, who came to Canada as a domestic worker, could not have received the legal assistance she did under the proposed “triage” system. Buried within mega-schemes that affect the most disadvantaged is always the unstated assumption that because you are poor, your time is worthless.

Mary Jane Mossman, professor of law at Osgoode Hall and York University, does not dispute “the need for a renewed vision” for community legal clinics.

But she says specialized expertise in poverty law is best provided as a local service. Clinics can take actions to confront systemic legal problems and advocate through engagement with distinctive neighbourhoods. Community involvement and building sees clients as active participants: citizens, not just consumers.

Community organizer Oriel Varga says only a local community-based clinic can recognize a pattern. If 20 or 30 people come in because they are being evicted due to, say, condo development, the clinic can formulate a challenge. Clinics represent the poor who “are the experts.”

The Legal Aid Services Act was written in 1967. In 1974 the Osler task force recommended funding for clinics. The Grange Commission looked at legal aid in 1978 to reassess and define the respective roles for clinics. Mossman argues that we need a Grange Commission for the 21st century, with a bottom-up approach to ensure social inclusion in the legal aid system.

Axelle Janczur, executive director of Access Alliance Multicultural Health and Community Services, draws parallels between community health and legal clinics. Both are required to address the problems that arise from dealing with clients living paycheque to paycheque or surviving on precarious part-time work.

In Toronto, one in four children live in poverty and 95,000 families are on a waiting list for affordable housing. The impact of cuts made by Mike Harris are still being felt. Refugee claimants are being denied access to welfare and health care.

Bob Luker, former coordinator of George Brown’s community worker program, speaks at the City Hall meeting of the “dance of austerity” and “institutional rationalizations” that lead to “advocacy chill” and a system that is “short on justice.”

The Transformation Project has it backwards and upside-down.