Let the music play at these fundraisers and events this week 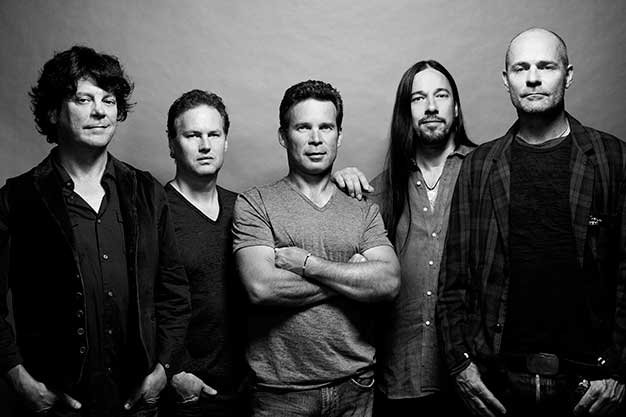 The Tragically Hip play three concerts in Toronto this week. Before the shows

A number of community events related to music are happening this week, from a free ukulele workshop in the West Don Lands to a fundraiser for the Regent Park School of Music. And, whether or not you have tickets to one of the Tragically Hip’s three Toronto appearances, be sure to stop by a fan fundraiser for the Gord Downie Fund for Brain Cancer Research taking place before each concert.

New Adventures in Sound Art presents the 10th Toronto International Electroacoustic Symposium from August 10 to 13 at Geary Lane (360 Geary Lane) and the Canadian music Centre (20 St. Joseph). This year’s keynote speaker is artist, composer and saxophonist John Oswald, who is best known for his Plunderphonics recording. The symposium explores electroacoustic and sound art research and practice. Tickets are $40 to $70 and can be purchased online. See listing for details.

Before the Tragically Hip’s three concerts at Air Canada Centre on August 10, 12 and 14, stop by the Courage for Gord Fan Fundraiser party at Firkin on Harbour (10 Yonge Street) from 12 to 6 pm. Presented by 94.9 The Rock, the events feature Hip merchandise for sale, a raffle and plenty of opportunities to mix and mingle with other Hip fans. A Tragically Hip-themed cocktail list includes 50 Mission Cap (rye and ginger) and Long Time Running (Long Island iced tea). Proceeds for all three events benefit the Gord Downie Fund for Brain Cancer Research and Sunnybrook Hospital. See listing for details.

Join K Funk and Lady Ree, the infamous singing ukulele ladies of the TTC subway, for a free all-levels ukulele workshop and jam session at Corktown Commons (155 Bayview) on August 13 and 20 at 2 pm and August 17 at 7 pm. Those who have ukuleles are encouraged to bring their own, and those who don’t can borrow one on a first come, first served basis. Musicians Kristin Fung and Sheree Spencer will teach attendees how to play the K Funk and Lady Ree version of Somewhere Over the Rainbow. See listing for details.

Closer to the Heart VIII

Choir Nation organizes events across Canada that encourage people who work at the same company to sing in a choir together. Each company choir is paired with a professional Canadian musician and together, they rehearse songs to perform together. On August 16, Choir Nation hosts its first ever benefit concert in Toronto at Lula Lounge (1585 Dundas West). The fundraiser benefits three charities: Momentum Choir, MusiCounts and Unison Benevolent Fund. Hosted by Murray Foster, the event includes live musical performances by Devin Cuddy and Miranda Mulholland as well as an auction. Tickets are $25 online in advance. See listing for details.

Music Tech Meetup connects technology enthusiasts and music fans in a series of events. Their Round 6 event at Rogers Communications Centre at Ryerson (80 Gould) on August 16 focuses on the misconceptions surrounding the business of making and selling music. Steven Ehrlick and Noah Schwartz from Ryerson’s Music Den presents a panel of speakers. The event is free but online registration is suggested. See listing for details.