Susur Lee concocts some upscale Cantonese at the Soho Met 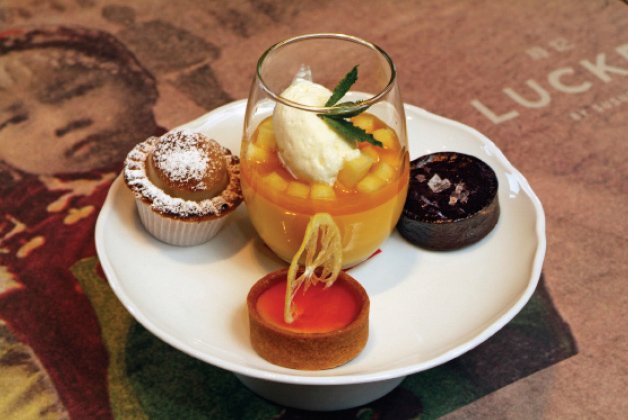 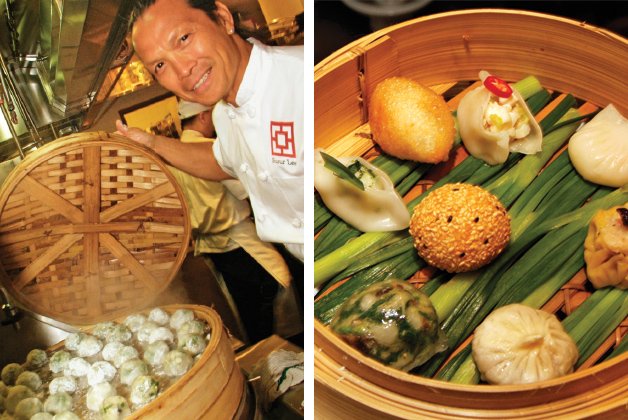 For someone supposedly past his sell-by date, Susur Lee is one very busy guy.

Alongside his regular gig as a judge on TV’s Top Chef, the Hong Kong-born wunderkind’s Bent on Dundas West has just been named the 12th hottest resto in town by NOW. His flagship Lee and its adjacent Lounge on the King West nightclub strip are currently undergoing major renovations, and he’s about to launch two new operations, the first at Pearson International Airport this summer, the second on the 66th floor of the World Trade Center in New York City later next year. So much for having peaked.

And now Susur’s doing dim sum at the Soho Met.

Lee’s relationship with the Metropolitan Hotel is a long one, its owner, Henry Wu, his not-so-secret and deep-pocketed partner. His beanery in Singapore is in one of the resort chain’s properties. So when Wu sold the Met on Chestnut Street behind City Hall and its celebrated Lai Wah Heen – once Toronto’s pre-eminent, if pricey, dim sum restaurant – last year, the time was ripe the Soho to claim the crown. Enter the dragon!

Once an anodyne sea of taupe, the former 120-seat Sen5es has been re-imagined by long-time design partners Brenda Bent and Karen Gable. Goodbye boring beige, hello chic chinoiserie. Some may recognize the antique watercolours hanging on the walls from their days at Sam the Chinese Food Man on Yonge back in the 70s.

At dinner, Lee’s upscale Cantonese carte includes the likes of General Tao beef ($19) and wok-fried green beans ($12), but it’s his weekend dim sum brunch that has local foodies in a full-on feeding frenzy. Lee has never been one for convention. He’s been known to put foie gras on practically everything. But for the most part, dim sum at Luckee sticks close to tradition.

His classic har gow stuffed with plump shrimp and creamy egg whites are the equal of those at Lee’s beloved Ding Tai Fung in Markham, while his minced chicken and shrimp sui mai (both $6 for four) get unexpectedly spiked with orange peel. Standard-issue yu gow dumplings with flaky cod and deep-fried wu gok made with mung bean flour and stuffed with gently curried chicken may as well be the work of the Dim Sum King rather than an internationally renown chef ditto for skinny spring rolls laced with spinach (all $5 for two).

Lee hits his stride with open-faced dumplings brimming with buttery lobster and asparagus (long xia gow, $8 for two), and spicy Swatow-style chicken finished with pickled celery ($5 for two). Don’t miss his golden cubes of house-made tofu studded with fresh corn kernels ($5 for three), each bite a symphony of contrasting textures.

We still can’t figure out how Lee’s impossibly delicate steamed spinach dumplings ($4 for three) manage to get to table without falling apart. And there’s nothing wrong with his fried vegetarian turnip cakes ($5 for four) that a little Chinese sausage couldn’t fix. Chef might want to check out Jonathan Poon’s superlative take on the dim sum staple at Chantecler.

However, Lee’s chicken cheung fun rolls ($8 for three) are a revelation, their alternating layers of soft, cool noodles, caramelized onion and hot deep-fried rice paper recalling nothing so much as the crunch of a Coffee Crisp chocolate bar. With their sweet outer shell, deep-fried bao stuffed with gorgeously braised beef and shiitake mushrooms ($6 for three) could double as dessert, even though bite-sized spirals of sponge cake in chocolate ganache ($4 for three) do the job admirably.

Dim sum at Luckee doesn’t come cheap. The most inexpensive glass of wine is 11 bucks a pop, and a bottle of Pétrus goes for $2,300. Service is scattered – one minute overly attentive, AWOL the next – and the kitchen isn’t quite up to speed. Dim sum shouldn’t take two hours, but no big deal considering Luckee’s only in its third week.

On the plus side, the room’s lovely, the music won’t have you running for the door, and management deigns to take reservations. And Lee – despite a few misses – is clearly at the top of his game. Even better, you don’t have to drive all the way to Markham.