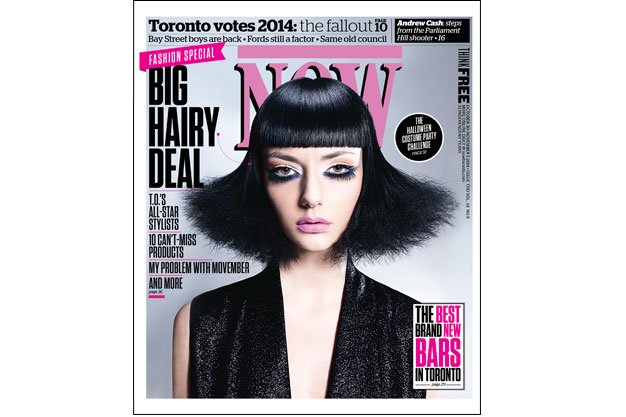 I enjoyed your article John Tory Wins – So What’s Next? (NOW, October 27).  I live in the New York City suburbs now, and the big city politics are remarkably similar to Toronto’s: big issues like police and transit funding, ridiculous swings in the types of mayors elected. NYC is more like Montreal, though, with all the bridges and tunnels, which adds another dimension to the transit funding debate.

I was in Toronto in the mid-2000s  working on Bay Street as a grain commodities trader. I campaigned for Miller in 2003 and thought Toronto needed a progressive change after Mel Lastman, and I think that change worked out pretty good in some ways.  Having worked in commerce, I’m inherently distrustful of businessmen as politicians. But I guess they aren’t always worse than lawyers as politicians. I guess we’ll see about John Tory.

Mike Harris wins T.O. mayoral election! Of course, history has no place in the headlines, but with 750,000 votes for conservative candidates in the mayoral race (NOW, October 30-November 5) out of almost a million ballots cast, I’m sure the cockles of Mikey’s black heart are glowing white hot. And old papa Stephen Harper? He’ll be able to take a few moments away from furrowing his brow over all those pesky terrorists and smile at the prospects of further inroads into Ontario’s radical heartland next year. Pass the Tums, please.

I’m glad NOW finally had the guts to solidly support the best candidate (NOW, October 23-29) rather than the wimpy split you often do (between Alice Klein supporting “strategic” voting and Michael Hollett supporting the best candidate). Hopefully NOW can continue to make solid, intelligent endorsements in the future.

A Remembrance Day to really remember

After the killing of two Canadian soldiers in Ottawa and Quebec (NOW, October 30-November 5), this Remembrance Day will resonate with me more now than ever before. As it should with all of us.

Growing up in big-city Toronto, I had minimal exposure to the military. We memorized and recited a poem. A classmate in Cadets got to carry the flag. Traffic stopped in front of Old City Hall for an hour or so.

Now living in the home of Canada’s Pacific Naval Fleet, I’ve made many friends who serve our country in the Department of National Defense. I can’t imagine what it would be like for their families, friends and me if they were to ever be taken away, especially on home soil.

War in Iraq makes us enemies of Muslims

The anonymous U.S. war resister who authored “Is This The War You Truly Want For Canada?” (NOW, October 16-22) has done us a huge favour.

Does anyone really think the war on ISIL won’t be an open-ended quagmire? And does anyone think it won’t make Canada a target, since we will look like (and be?) an enemy of Muslims everywhere in the world?

I can’t recall ever seeing a more twisted, misguided opinion this side of the U.S. Tea Party than Hairy Situation: Does Movember Do More Harm Than Good? (NOW, October 30-November 5). To try to turn Movember into some sort of “straight, white macho men’s only” club is truly pitiful. The Movember campaign is for fun, for a good cause, and there is absolutely no downside to it.

Politically incorrect to have a “Lame Mo” category? Oh, for god’s sake.

I can grow a pretty good moustache, but I don’t participate. I did my bit by having an examination several years ago. If more guys would do this, Movember wouldn’t be necessary. Until that happens, it’s a good time for all.

Why oil should be left buried underground

Re “The vast majority of [oil] reserves are unburnable” (NOW, October 23-29). Thanks for publishing this vital comment from Bank of England governor Mark Carney. Carney’s view – that to avoid climate destruction most oil needs to be left underground – agrees with the best science. The obvious take-away for Canadians: we need to reject the pipelines that would facilitate tar sands expansion.

Canadian Association of Physicians for the Environment

Ezra Levant and lessons in Judaism

I share Bernie Farber’s disgust at foul-mouthed Ezra Levant (NOW, October 9-15). However, he is wrong when he claims that in Judaism it is forbidden to defame any individual.

The commandment only applies when the individual is a Jew.  In Orthodox Judaism, the beneficiaries of positive commandments, such as to rescue a person, to return a lost object and to love your neighbour, are only fellow Jews.

When it comes to Gentiles, the obligation is non-existent or not as powerful. Similarly, the punishment for negative commandments, such as not to steal and not to kill, is different for Jews and non-Jews.