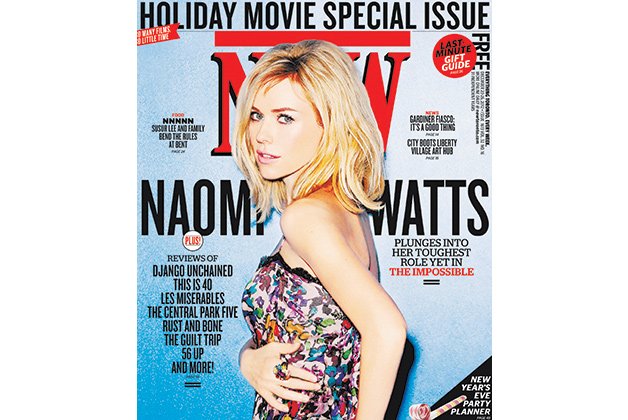 Re John Tory’s Big Adventure (NOW, March 19-25). Unfortunately, Toronto does not have the time or money for another mayoral adventure. We just had one that ended in failure, and although Tory is far better than the previous mayor, that’s a very low measurement of success, as mentioned in your article.

Toronto is the fourth-most-populous city in North America, but we act like a city with half that population. There is no imagination in Tory’s inner circle. His first 100 days, in my book, were a dismal failure. When you add the increase in user fees to the property tax increase, you’re left with a whopping bill for city services. We would have been far better off voting for Olivia Chow. At least we would know how much more tax we’d be paying. Now we get nickel-and-dimed to death.

And perpetuating the Scarborough subway myth is a waste of both financial and human resources.

We need a mayor with imagination and the ability to persuade people that taxes are necessary to maintain or improve services for all residents. Tory seems far too influenced by the wealthy, who find it offensive to pay taxes.

Re John Tory Channels His Inner Ford (NOW, March 19-25). I welcome constructive criticism, but this article is not helpful at all. Guess it sells newspapers, but it takes away from your credibility. Just bitch, bitch, bitch.

Ridiculously impractical, outdated and overreaching criminal laws give police an alarmingly inappropriate amount of discretion in deciding who they will selectively target while simultaneously ignoring others operating the same officially outlawed type of so-called “vice” businesses. Why do so many Canadians naively think this inherently dishonest and almost certainly corrupt arrangement is preferable to decriminalization of prostitution and an honest system of regulation?

The One a sign of coming real estate crash?

I wish developer Sam Mizrahi well (NOW, March 19-25). It takes a will of steel and concrete determination to bring off a project like his proposal for an 80-storey tower at Yonge and Bloor.

However, financial history is littered with the wrecks of record-breaking grand structures. The Empire State Building heralded the crash and Depression of the late 1920s and 30s. More recently, various grand schemes preceded the collapse of 1989. By almost any economist’s measure, Toronto real estate is dangerously overpriced. I certainly hope I’m wrong on this one.

In terms of design, I appreciate the practicality of an exo-structure that leaves the interior free of columns. But those heavy steel columns and diagonal braces are really brutal and downright ugly. Perhaps I’m in the minority on this one as well.

Stollery’s was a piece of crap

Re “New Ideas Need Old Buildings” (NOW, March 12-18). Catherine Nasmith should get a life. She says she’s getting nightmares that Toronto’s century-old built heritage is being reduced to rubble. She mourns the destruction of the Stollery’s building, which was a piece of crap. With thinking like this, we have the ugliness of Toronto facadism and mongrelized architecture.

Letter-writer Geoff Rytell mentions “an elected Nazi government” in Using The Holocaust To Defend Anti-Terror Bill (NOW, March 19-25). The Nazi party came second in 1932 but refused to back a coalition government. The top 39 business leaders in Germany at the time approached president Paul von Hindenburg and asked that Hitler be allowed to govern. Against his better wishes, he granted Hitler the position of chancellor.

Within a week, Hitler’s cronies had burnt down the Reichstag and proceeded to murder every “Commie” they could find.

As Hitler used the Reichstag fire, Stephen Harper uses ISIS to create fear and, with his anti-terror Bill C-51, will be able to get rid of many of his detractors.

It was good to be reminded how much human life and modern civilization depend on adequate supplies of (mainly) fresh water, either directly consumed or used in agriculture or manufacturing.

However, unlike energy, water does not disappear on use, but is endlessly recycled in the biosphere, with only a very, very minor amount “leaking” beyond the stratosphere, so switching sources of coffee beans, for example, will likely have little overall effect.

The problem is that water availability is very unevenly distributed, and that our overly expansive species has chosen to live in places with very limited potable water resources, which are often misused or over-used. The situation is now exacerbated by global climate change.

Hence, among many examples, the Aral Sea has largely disappeared, thanks to cotton farming in Kazakhstan. And California has just had to budget $1 billion to deal with a looming water shortage in the Los Angeles basin due to record drought.

Clearly, water resources can and should be used more wisely and efficiently. Here in Toronto, although many residents objected, increasing the price for our world-class tap water and installing water meters have indeed reduced annual household consumption by about 20 per cent.

Building systems to reuse household wastewater for gardens and trees, as they are starting to do in places like California, would also help. And I suspect that, further down the road, in drought-prone areas adjacent to oceans, desalinization plants powered by compact nuclear reactors (also generating electricity) will be accepted as a tolerable risk compared to a lack of fresh water.

Thanks to Adria Vasil for her great Ecoholic page, but one quibble about her item Ontario Pulls Out Of Rouge National Park Deal (NOW, March 19-25). She refers to the proposed park’s size as 16 times that of NYC’s Central Park.

Why can’t we use a Canadian comparator? Why can’t it be High Park or Stanley Park!? Americana is dominant enough in our culture without these needless references to a southern neighbour that rarely looks our way.

Giving in to Putin with maple syrup on top

Since letter-writer J. Clark claims that Canada’s aid to Ukraine is “tantamount to an act of war against Russia” (NOW March 19-25), I guess Clark would not want Canada to assert any territorial claims to the resources of the Arctic either. Bon appetite, Vladimir! The world is yours to devour. We’ll supply the maple syrup. 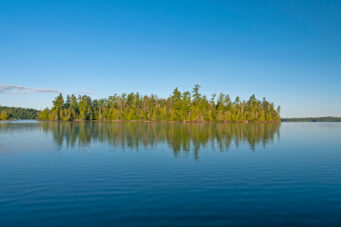