Language of the N-word On George Elliott Clarke's. 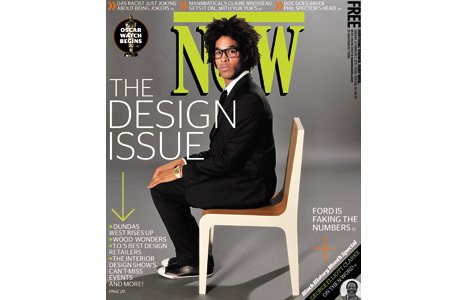 Language of the N-word

On George Elliott Clarke’s N-word Wickedness (NOW, January 27-February 2). As a naive white kid growing up guilelessly colour-blind in the U.S. Midwest, I used to drop a few rare N-bombs in the company of some close black friends, who laughed and encouraged it without blinking, since we were all informed by the same sense of rebellious love that seemed to fuel its use in 80s-90s hip-hop.

Earning my undergraduate degree in African-American studies, I realized just how problematic the phenomenon of sanitizing “nigger” into “nigga” was, and considered both words out of bounds for me and not something my otherwise over-privileging white skin entitled me access to… ever.

I certainly don’t want to whitewash the historical depths of racist depravity in North America that has been par for the course for too long.

Do we hesitate to teach about concepts like racism, murder, rape, war or genocide? No, we figure our children need to know.

But would we include a work of literature full of F-bombs and other swear words? No, we treat our kids with kid gloves when it comes to “bad language.”

It’s amazing that we should hear from Metrolinx about its plan to electrify GO trains on the Georgetown route in nine years (NOW Daily, January 24). We’ve just arrived in Bangkok, where we took the new electrified rail link downtown from the new airport.

A Third World country like Thailand can provide cheap (less than $10 one way), quick, quiet and pollution-free service on a rail link from the airport to the city centre. Wow!

It’s time to move into the 21st century.

I cannot believe that the government is continuing to forge ahead with its plan to buy dirty diesel for the sake of a two-week event, the 2015 Pan Am Games.

The value of one cop’s life

While I absolutely sympathize with the grief over the tragic death of Sergeant Ryan Russell and believe his short life should be honoured (NOW, January 20-26), I have concerns about the value of certain human lives.

Today 66 Iraqi civilians were killed, and two Afghan civilians were shot in an attack by U.S. troops in Kabul. Hundreds have died and are dying in Haiti, Côte d’Ivoire, etc.

If distance is the argument, then what was the name of the woman who froze to death yesterday screaming for help from her neighbours in Toronto?

Where is the memorial for the man who was disastrously dragged and killed by a TTC streetcar? Why don’t we know?

Are “civilians” who die tragically less worthy than the men and women who willingly place themselves in the line of fire?

Shouldn’t you commies love that pro sports is the only job where the workers get their fair share? Vernon Wells should be commended for his time here, not slammed by people who know nothing about baseball and only comment on sports when they can be needlessly snide (NOW, January 27-February 2). Stick to Ford-bashing. Stay away from baseball. And fuck Rob Ford.

Thanks for the great piece by Sheila Gostick on the proposed cuts to the Toronto Public Library (NOW, January 13-19).

It does no good to just complain about cuts. We need to build an alternative grassroots movement – perhaps another CCF?

I’d like to correct references to Rob Ford’s “subway fantasy” once and for all (NOW Daily, January 29). He has no sincere “fantasy” about a subway or any form of public transit.

For the next four years, all other transit initiatives can be stalled in the name of the “subway fantasy” and at the end of his unproductive tenure, after failing to pull a subway plan out of a hat or wherever he’s keeping it, he will shake his head, sigh and say something trite about the insurmountable financial burden of transit users on “taxpayers” (read drivers). The proposed subway expansion is not a fantasy, but a lie.

Thank you to David Jager for his words about my current exhibition at Angell Gallery (NOW, January 27-February 2). For the record, I have never won the RBC Painting Competition.