Reserving judgment on 2014 budget Re On The Budget. 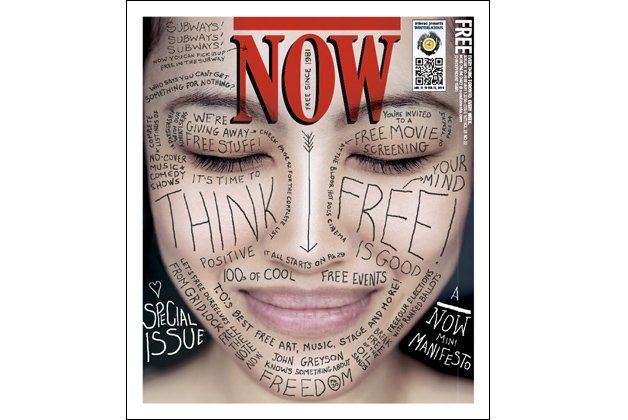 Re On The Budget Bubble (NOW, January 30-February 5), Adam Giambrone cites no proof of his assertion that money in city of Toronto reserves “is almost all gone now.”

In fact, city reserve funds (excluding obligatory reserves) are up to over $1.7 billion today.

We can argue over whether $1.7 billion in reserves is sufficient, but Giambrone cannot deny the existence of these reserves.

I’ll be missing the Annex location of Book City (NOW, January 23-29), though my wallet, walls and floors stacked with books may be happier. And while the building owner has been a credit to the community, it is grating to see other empty storefronts in each of the three short blocks of Bloor around Book City. There is far less need for another restaurant or bar versus this excellent bookstore.

Why not start a petition to the deputy mayor on Avaaz.org? I don’t know the minimum number of signatures required for a response, but someone at City Hall should.

The talented one was Paul

Disappointed to see that the “Paul is uncool” sentiment still survives in the new millennium, with Stephen Du Manoir’s flippant aside that everyone’s two favourite Beatles are dead (NOW, January 30-February 5).

Everyone’s got their favourite Beatle, but Paul McCartney has more talent in his eyebrows than most of us can even fantasize. There would have been no Beatles without him, and quite possibly George Harrison might not have become the wonderful songwriter he was without the daily example of two giants.

McCartney also did more than any of the other Fab Four to enhance his co-workers’ songs with infinite grace. Check out the annotated recording sessions to see who was present most often. And this is a John Lennon fan talking.

I suspect I’ve thought about your comment a lot longer than you ever did.

Re Open For Justice In Guatemala, by Rachel Warden (NOW, January 30). Apart from the kidnappings and torture, Warden’s story seems quite similar to how Canadian uranium companies operate in northern Saskatchewan. Check out Committee for Future Generations website.

From card-carrying Dipper on Stintz, Chow

NOW is the only paper that I’ve noticed that picked up on the fact that mayoral candidate Karen Stintz was curiously silent during the ice storm crisis (NOW, January 16-22). It was very odd behaviour for someone who clearly wishes to replace Rob Ford. I was starting to wonder whether she herself had been trapped in her house by a power failure.

I’m a card-carrying Dipper but have thought that if we’re destined to be ruled by Tories, a red Tory like Stintz wouldn’t be the worst thing that could happen. Funny that she still hasn’t officially announced.

Olivia Chow might win if the right decides to split the vote for her (NOW, January 30-February 5), but I’m neither optimistic nor enthusiastic about that option. Actually, I’m nearly apoplectic that she appears to be the best option we have. We seem to have become a charisma-free party.

Jewish perspectives and being Canadian

I wish to thank Bernie M. Farber for Harper Rapture (NOW, January 30-February 5). There are uniquely Canadian-Jewish perspectives, not just pro-Israeli perspectives, that are not being expressed in the media to the extent required.

Furthermore, I encourage those of other faiths in the House of Abraham to comment in support of the shared values concluding the article and on the need to honestly assess their role as a Canadian community.

While the prime minister is perfectly free to be in love with Israel, he is not entitled to force Canadian taxpayers to pay for the bloated entourage of cabinet ministers and business people he took with him on his trip. Nor is he allowed to pretend that his views represent the views of most Canadians.

Most of us are interested in even-handedness in foreign policy matters, and we are less interested in watching heads of state fishing for domestic votes, an activity masquerading as principled loyalty to the Jewish state.

I can’t believe you didn’t include the Papaya Hut in your Eat Cheap issue (NOW, January 16-22). Now I know why it’s Toronto’s best kept secret.

Time to give Ford his two weeks’ notice

Re Rob Ford A Dead Weight On T.O. (NOW, January 23-29). Why can’t we fire our worst employee? Toronto is a business, and we Torontonians are its owner. We hired Rob Ford to manage our city, but like all hiring decisions made within an organization, this decision is not final and [is] thus subject to review, especially in the face of the blatant lack of professionalism and misrepresentation of our city shown by the mayor.

As for all jobs, the process of picking the best candidate for mayor starts with applicants submitting their resumés (choosing to run), continues with intense rounds of interviews (campaigning) and finally ends with a hiring decision (being elected).

The process is by no means perfect, which is why every company reserves the right to fire employees with just cause and two weeks’ notice.

As any police surveillance tape, cellphone home video, YouTube upload or tweet will show, Ford has given us more than just cause for dismissal.