Email: letters@nowtoronto.com This October in the quite likely event that Robert Bruce Ford hands over the chain of office, he will. 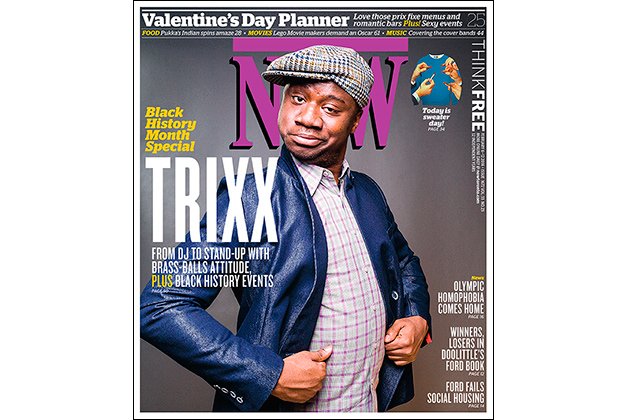 This October in the quite likely event that Robert Bruce Ford hands over the chain of office, he will have left a larger waiting list and a larger repair backlog in Toronto Community Housing than when he took office (NOW, February 6-12). That will represent a failure on this file, which he claims to believe in so dearly, but which he uses to score cheap political points through photo ops and his brother’s cash giveaways.

Ford partisans will choose to overlook these facts, idealizing their man while demonizing all who came before or [will come] after, or else resorting to the defensive posture that Ford was no worse than David Miller. That would assuage their hurt feelings or fuel their outrage.

Ford has thrown up his hands and said, “There’s no point” in lobbying senior levels of government.

In other words, aside from throwing around 20s and staring at holes in the walls before ordering them fixed (one or two at a time, on an ad hoc basis), Ford is not prepared to expend one erg of effort on community housing.

I get it. I understand why Rob Ford has no interest in attending the Pride parade (NOW, February 7).

In Ford’s opinion, Pride doesn’t represent family values. After all, we’ve all witnessed what a fine, outstanding example of family values Ford has been over the past four years – admitting to public intoxication, illegal drug use, consorting with questionable characters who are the subject of a police investigation, making rude, sexist, humiliating comments about his wife in public and mocking members of the Jamaican community.

As a member of the gay community who stood up to Ford twice at depositions in the past four years when he attempted to cut funding of community programs and agencies including Pride Toronto, I only have one thing to say to him: thank you for reminding me that the politics of prejudice, fear and hatred must be challenged at all times by any means necessary.

Great article by Helen Jefferson Lenskyj about the crapfest that is the modern Olympic movement (NOW, February 6-12). I’d recommend another book about the Olympics that has exposed how much of a sham it is – The Great Olympic Swindle: When The World Wanted Its Games Back.

Having watched a bit of the Sochi Olympics with all its hype and hoopla, I’m more and more convinced of what a waste of money this is. Whether it’s the $50 billion spent in Sochi or the $3 billion in Vancouver, the Olympics are a classic example of socializing the risks and privatizing the profits.

Go back only 10 years to the Athens Olympics: the venues now sit abandoned, an addition to that city’s many historic ruins. It’s time to end these expensive circuses.

Regarding your Ecoholic question Is Spray Foam Insulation Safe? (NOW, January 16-23). You do know that sprayed polyurethane foam has been around for over 30 years and isn’t something brand new?

Things can and will go wrong, whether by design or misfortune. There will always be a spray foam job that didn’t go right, but a good contractor will correct it or you can report him. (Check the licence.) More/better insulation is good. It’s better to put it on the exterior of the enclosure if you can. It’s also good and can be just as effective to seal the enclosure if you can. Research the hell out of whatever it is you’re going to be doing to your house. You don’t have to spend money for this information either.

Letter-writer Geoff Rytell mentions the prime minister’s “bloated entourage” on his recent trip to Israel (NOW, February 6-12). I heard the PM included 21 rabbis, at taxpayers’ expense. This reminds me of an old joke:

A Catholic priest walks into a bar, and the bartender says, “Since you are a member of the clergy, all drinks for you are free.” The priest is so impressed by the bartender’s generosity, the next day he returns with 20 rosaries.

A day later a Protestant minister walks into the same bar, and the bartender says, “Since you are a member of the clergy, all drinks for you are free.” The minister is so impressed by the bartender’s generosity, the next day he returns with 20 Bibles.

A day later a rabbi walks into the same bar, and the bartender says, “Since you are a member of the clergy, all drinks for you are free.” The rabbi is so impressed by the bartender’s generosity, the next day he returned with 20 rabbis!

Re In Pickering, Another (Bigger) Airport Battle Is Reprised (NOW, February 4). I am writing to request a correction to comments attributed to me in an article in today’s NOW Magazine about the Pickering Airport battle.

First, I was referring to jobs, not homes when I mentioned the challenge of building a mixed-used, transit-supportive community on the Seaton lands.

Second, the article incorrectly juxtaposes and links my comments about Seaton to a separate discussion I had with the reporter about the historical trend of population and employment growth in the GTA going west and not east.

I described to her that as part of Durham region’s exercise to have its official plan conform to the province’s growth plan for the Greater Golden Horseshoe, the province exercised a “provincial interest” and challenged the region’s estimate of land needed for urbanization. These comments cannot be linked to the Seaton situation, which is a plan that has been in the works for many, many years.