Rob Ford: loneliest man in the world After reading. 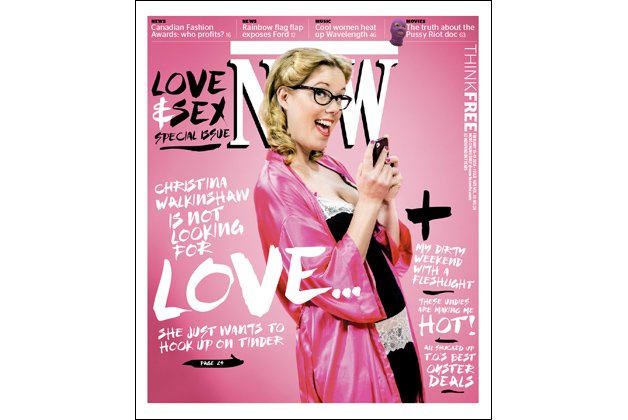 After reading Getting Personal With Rob Ford (NOW, February 13-19), I exhaled for the first time in two-plus years – and somewhat stopped bleeding from the eyes.

At last, a magazine with the intestinal fortitude to articulate exactly who Rob Ford is and what he has to offer voters, and the human race. A thousand thank-yous!

As a Torontonian, my only consolation is trying to imagine what it would be like to live inside the incredible menagerie of Ford’s flaws.

But I also see tragedy in his attempt to cope using his grossly inadequate life skills, and in my heart it hurts to see us all watch him twist in the wind.

He is the loneliest man on the planet, and there is a very limited life span at that level of pain.

To be honest I am surprised he’s lasted this long. The combination of money with his level of immaturity is very unusual, and it has convinced him he has an indefinite run.

I’m sure you agree that this is not going to end well if there is no intervention.

The article The Mayor “Dared Me To Drink It” (NOW, February 11) was brought to my attention. It suggests the mayor was served alcohol in my establishment, 3030 Dundas West.

I have video footage of the mayor and of the anonymous source in the story. The mayor did not order or consume any alcohol during his visit.

The comments indicate that we were serving an intoxicated person, which is untrue.

In addition the article indicates there was a triple shot on the table. We do not offer triples, nor are they allowed by the AGCO. These statements reflect negatively on the venue.

Fair trading up on chocolate

I’m writing to you as the editor of Fair Trade Magazine and director of communications at the Canadian Fair Trade Network, where we promote the awareness and sales of fair trade products in Canada and encourage a high standard for fair trade in general.

It’s great to see Adra Vasil’s recently published article on fair trade chocolate, including a guide to informing consumers on how they can support ethical companies (NOW, February 13-19).

I just want to point out that Fairtrade International’s new rules around certifying products that don’t have 100 per cent Fairtrade-certified ingredients won’t be implemented in Canada.

Feminists jumping to conclusions on Woody

A lot of feminists are after Woody Allen’s head right now (NOW, February 10). I am not one of them. Why? Because I don’t have all the facts.

One voice, that of his stepdaughter Dylan Farrow, accusing him of sexual assault is not enough – nor should it be – to convict in a court of law. I don’t believe it should be enough to convict in the court of public opinion either.

I live in the real world, and I know there are immense complexities involved in trying someone for sexual abuse, that it can be a real uphill battle. I support extending the statute of limitations for such charges.

However, the concept of innocent until proven guilty is an important one that we need in civil society to maintain order, peace and, quite frankly, respect for one another.

Farrow made victim in Allen case

Jacob Scheier’s piece on Woody Allen is beautiful. Whether or not Allen is guilty, the disrespect of Dylan Farrow is despicable.

Anti-Semitism is no joke

“Dad, I don’t understand the joke about the rabbi and the priest [NOW, February 13-19]. Why is it that only the rabbi brought his friends to the bar after being offered a free drink by the bartender and the priest and minister didn’t?”

“Well, son, Jews are portrayed by anti-Semites as people who are cheap and value money more than anything, and this joke builds on this sentiment.”

Ford’s royal send-off should be to rehab

The corporate world and politics are somewhat similar. If you’re the CEO responsible for thousands of people and to shareholders, you are accountable for your performance and leadership.

If you don’t perform, you generally get a royal handshake and resign or get the boot.

Mayor Rob Ford’s profound and disturbing lack of leadership, denial of addiction and complete embarrassment of himself, his family and most importantly the city shows us one thing: he should get his royal handshake, leave Toronto and go to rehab for a minimum of 90 days.

Folks running, not elections, the problem

Re Dave Meslin On Liberating Our Municipal Elections (NOW, January 30-February 5). Changing the electoral process is important, but it’s also time we start electing public officials who care about democracy after election day!