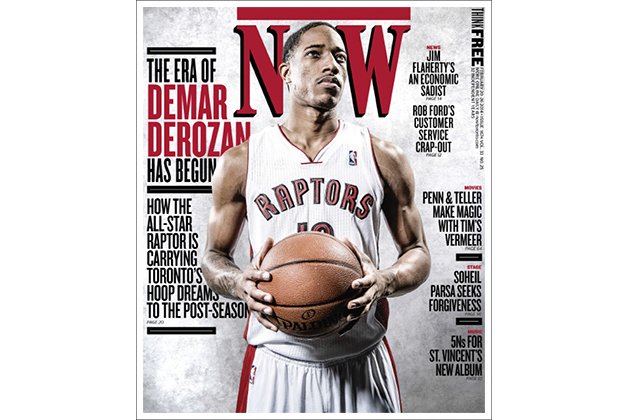 Led down the Gardiner path?

There are good reasons for a Gardiner teardown east of Jarvis (NOW, February 13-19).

But Waterfront Toronto and city staff, who seem to think this high-capacity traffic-moving behemoth could simply be replaced by tacking a few extra lanes onto Lake Shore, have got to take off their rose-coloured glasses. That would result in chronic lakefront gridlock.

For the sake of yet-to-be developed waterfront neighbourhoods and city commerce, it’s very important a Gardiner replacement be done properly. Either go big and deep with a tunnel or leave it where it is and go home.

Is their teardown proposal maybe a way to give developers an easy land grab? Tunnelling should be doable. Maybe tearing the “sucker” down is a sucker’s game, and we’re the developers’ suckers.

BTW, nice feature this week on DeMar DeRozan. Thanks.

While CUPE Local 79 appreciates the attention focused on Ombudsman Fiona Crean’s recent report on customer service standards at the city of Toronto (NOW, February 13), I want to clarify an important distinction regarding my remarks.

While I did state in my interview that staff should be dealing respectfully with the public, these comments followed a discussion of the cumulative effects of leaving 2,500 positions at the city unfilled and the ongoing cuts that have been made across the board over the past three years of the Ford administration.

At no point did I ever “concede” that all or part of the problem was the result of “under-performing employees.”

Thanks for the opportunity to clarify my remarks.

Regarding Christina Walkinshaw’s Single, Sexy And Hot For Tinder (NOW, February 13-19). I feel like I need to bookmark this story so I can send it to everyone who asks me why I haven’t “found a nice boy to settle down with yet.” Walkinshaw, you are amazing and inspiring and the perfect combination of vulgar and eloquent!

Help me understand the logic in Ford attending Pride. In December he was asked not to attend the Santa Claus parade because he’s a giant goof.

Now we want Ford to attend the Pride parade – and we’re upset that he won’t? Aren’t people happy that he won’t attend because he’s a giant goof?

The worst kind of people use those things – too stupid to get a driver’s licence, too lazy to pedal. Thanks, Toronto city council. Bad idea.

After an SUV hit me a few days ago trying to pass my bike on a snowy, narrow one-way street, I feel a need to explain the laws of physics to drivers.

When you follow a bike on a road, less than one car length behind but cannot pass it, the laws of physics say you may not be able to stop in time if I happen to fall.

Add snow into that mix and you wonder why cyclists get pissed off when cars follow too closely. Think physics before you kill someone

A bead on IUDs

I was disappointed in your AltHealth column on contraception (NOW, February 13-19). Looking to the U.S., for example, was hardly useful since implants are not available in Canada.

The copper IUD, as opposed to the IUS (Mirena, which was not mentioned), is a safe and effective method of birth control. Perforation during insertion is rare, and the IUD can also be used as a post-coital method up to seven days after unprotected sex. Fertility awareness does not require beads

After reading of the oppression of homosexuals in Russia (NOW, February 13-19), I am reminded of all the energies Toronto’s gay community directs against Israel.

It seems that all over the world homosexuals face danger, yet in Israel they live virtually as they do in Canada, with the same rights and self-determination.

It seems more political when gay groups in Toronto make very little noise about other crimes against homosexuals around the world.

Why no boycott of Russia or any of the other countries that have anti-gay laws?