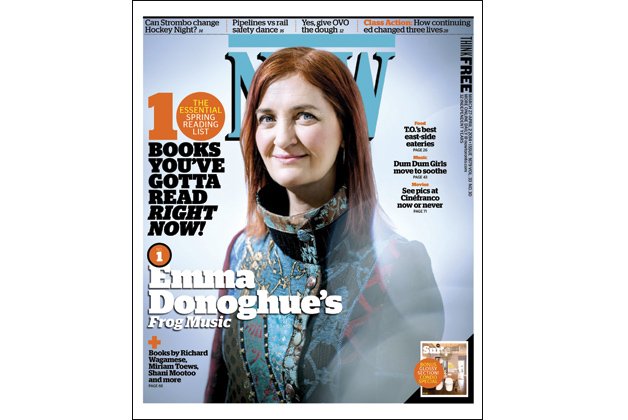 Rob Ford is a con and a disgrace, but the bigger disgrace were the viewers taking part in call-in voting during the CityNews mayoral debate (NOW, March 26).

Unless they just dropped in from Mars, they have no excuse for not having fact-checked the non-stop Ford lies. As far as Olivia Chow is concerned, her attacks were clumsy.

She should have calmly pulled up some stats to throw light on Ford’s shadowy reality. John Tory was not very strong either when it came to speaking extemporaneously.

Karen Stintz and David Soknacki actually had the most presence of mind, but they’re not attracting any votes. Not a spectacular beginning to this campaign.

Nichole Anderson is concerned about trains carrying crude oil through Toronto (NOW, March 27-April 2). But thousands of rail cars of all types travel through the city every day without incident.

The accident at Lac-Mégantic was caused by a train that lost its brakes while parked. We will have to wait a few more months for the true causes, but the Transportation Safety Board has already come out with some recommendations, including the phasing out of the use of DOT-111 tank cars to transport crude.

Next stop for karaoke with Styles

I’d like to thank NOW Magazine and Cheol Joon Baek for some great shots of the karaoke swan song at the Gladstone (NOW, March 27-April 2). There seems to be quite a bit of interest from the public. Starting April 2, my karaoke night moves to Wednesday nights at the Jazz Bistro (251 Victoria). Hope to see you there.

The article on our TTC sardines protest was awesome (NOW, March 30)! It’s important to point out the Liberal government is currently only talking about raising money for transit expansion. After years of delays, the government is finally planning on moving forward on a plan we needed years ago, but it’s moving, and that’s great.

What the government has not been talking about is contributing more to the TTC. It has for years refused to match the city’s contribution to the commission. That’s why we gave the Sardine Award to Glen Murray.

Regarding the article Lights Out On Dundas-Sterling Changes (NOW, March 20-26). Jenna Katherine Morrison and her unborn child were killed two years and (almost) five months ago when her bike was hit by a truck at the intersection.

This past week, with her mother, husband, son and a few close friends, we held a small ceremony to honour what would have been the second birthday of her unborn child. There is still immense grief over her tragic passing.

The article pointed out important changes that have yet to be accomplished to ensure greater safety for cyclists at that intersection. In addition to the noted points, if trucks were required by law to have side guards, our beautiful Jenna might still be with us today.

In a baffling mishmash that shows mayor-in-waiting Olivia Chow doesn’t know what she’s talking about, she compared the “rickety” Scarborough RT to “the elegant gliding of Vancouver’s SkyTrain,” which she holds up as an example of the kind of light rail that should replace the RT (NOW, March 20-26)

I’ve been on the SkyTrain and the RT and they make the same noises you would expect from near-identical hardware.

In fact, they’re the same kind of train – but light rail they aren’t.

Does Julia LeConte have any idea what the impact of a decision like Celebrate Ontario’s to fund OVO Fest and not the Beaches Jazz Festival could have meant (NOW, March 27-April 2)?

At no point did she note in her article that OVO Fest actually has a cap of 32,000 attendees. Or that OVO is only two days, while other festivals that have received this grant are mostly more than a week long and have economic impacts on the city.

LeConte finds it “curious” that a festival as successful as Beaches Jazz can’t turn a profit to cover the grant dollars it lost.

As someone who has worked on producing many festivals, I can tell you that behind the operating doors, they are almost always struggling to make it happen.

As a woman and a feminist, I have enormous respect for the women who took part in the recent PETA protest (NOW, March 20-26). They have every right in the world to call attention to an important cause (animals skinned alive for someone’s ridiculous handbag) by showing off their beautiful bodies. Telling women they should put their clothes back on is what repressive cultures do. And, as a matter of fact, PETA does use scantily clad men in their ads and protests.