TVO says it's sworn to diversity agenda There has. 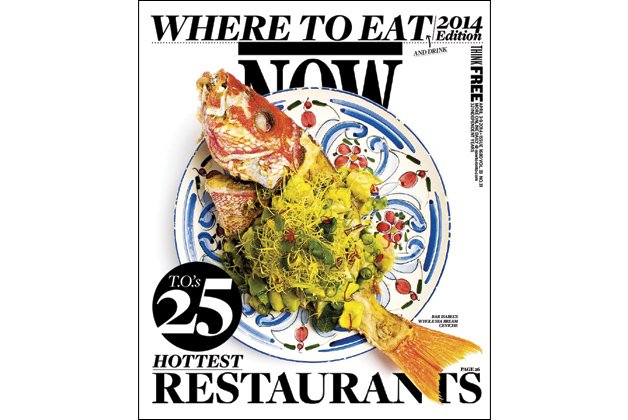 There has been a lot of discussion recently about a blog post by Steve Paikin on the difficulty of booking women to appear as guests on our flagship program, The Agenda (NOW, April 3-9).

The under-representation of women in media is a serious topic, and that’s why we’ve been tackling it for years. Steve’s post, as well as the follow-up broadcast and online series it generated, are part of The Agenda’s ongoing commitment to the issue. The Agenda’s producers will continue to work hard every day to ensure that balance and a diversity of views are represented in the work we do.

John McLeod’s story on Island airport expansion (NOW, April 3-9) was spot on save for the Toronto Port Authority’s spin that the Q400 is a Dash-8 and therefore permitted under the tripartite agreement.

While Transport Canada might classify the Q400 “aeronautically” as part of the Dash?8 family, what governs here is what was in the minds of those back in the 1980s negotiating the constraint on what commercial aircraft may use the airport. The only Dash?8 in existence then was the Series 100/200, a 37-to-40?passenger plane with about half the capacity and about 60 per cent of the weight of the Q400.

It is absurd to treat the Q400 as a Dash?8. One is derived from the other but bears little resemblance to it.

Time for honest talk about taxes

Enzo DiMatteo going on about (other) people’s kids going hungry is just preaching to the converted. Ford Nation could not care less if your kids starve to death, and no amount of preaching will make them care.

Other than David Soknacki musing about raising taxes (above inflation) to pay for subways, all the other candidates are helping spread Ford’s message that whatever we want to have or do, what’s most important is to do it without raising taxes.

How about some of the other leading candidates coming out and saying, “Stuff costs. Here’s the stuff I think we should have. Here’s what I think it should cost. Here’s who I think should pay. Here’s why paying for it will benefit you.” Start the debate from there on what we want and how we pay for it.

Ford in it for himself, not the little guy

I was excited by the prospect of Rob Ford becoming mayor and shaking things up at City Hall. I turned a blind eye to the character issues.

People who voted for Ford like him because he is just like them, right? Well, guess what? Like them, he’s only in it for himself. He could care less about you, too. He needs your vote so he can go on trying to satisfy his desire to boss people around and play the sociopathic fool.

I ask you, would any company hire a guy like that? It’s time to take him into that little room (you know, the one with the desk with a box of kleenex on it) and explain to him that he is no longer the right fit for the organization. Only then can we begin to heal.

Crude view from the other side of the tracks

The exponential increase in the transport of dangerous crude oil by rail through heavily populated municipalities like Toronto (NOW, March 27-April 2) is being matched by an awakening of the people.

Could a Lac-Mégantic rail tragedy happen in Toronto?

Before Julia LeConte defends a multi-gazillionaire for getting a $300,000 grant from our tax dollars (NOW, March 27-April 2), she may want to know some disturbing facts about OVO Fest.

1. Hundreds of tickets were available on StubHub two days prior to the public on-sale, and there were no pre-sales for this event.

2. The only way to buy a single-day ticket was to buy a crappy uncovered general admission lawn.

3. Drake has made millions. Does he really need government welfare?

Give me a break.

The medical officer of health is worried about a few shisha pipes that affect a small portion of the population on rare occasions (NOW, March 27-April 2)? Let’s see: 1,000 or 2,000 die locally from air pollution, and thousands more get asthma and other lung ailments. Our water is polluted and our foods processed. Children are obese from way too much sugar, and food companies aren’t held accountable for their marketing. Move on, folks.

Thanks for covering cycling-related news in your recent issue (NOW, March 20-26).

As you say, there were sections of bike lane that were previously approved on Shaw.

Working with Councillor Mike Layton and Cycle Toronto last year, we succeeded in getting new bike lanes that were not previously approved.

So just a technicality, but those didn’t take five years to install – they were approved and we rushed them in within a month last year, before the weather turned on us.