Things to celebrate about climate change Kudos to Adam. 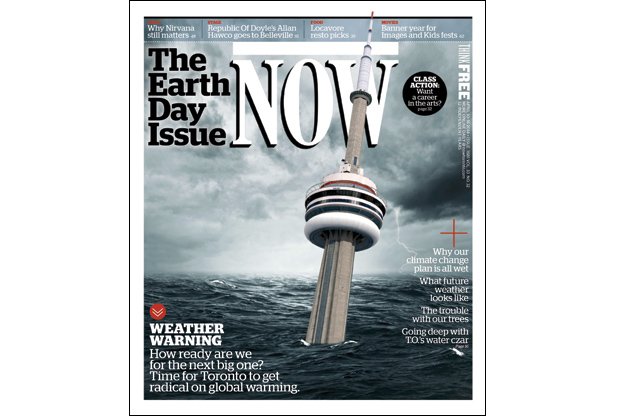 Things to celebrate about climate change

Kudos to Adam Scott for his excellent piece on how we can substantially reduce fossil fuel dependence (NOW, April 10-16).

His positive tone is exactly right: more needs to be done, but we’ve already accomplished a lot.

As Scott points out, renewable energy and electric vehicles have finally “arrived.” Plug-in cars are especially good now that Ontario no longer gets power from coal. These are major developments and need to be celebrated. The climate situation is serious but far from hopeless.

There are no “hidden costs” of global warming (NOW, April 10-16), nor of the decades-old health, socioeconomic, urban and environmental hazards that we have been subjected to by polluting industries.

The emphasis in the media has been on the impending consequences in our grandchildren’s time instead of in the here and now.

Governments, meanwhile, have turned a blind eye to the effects of pollutants on our health, kowtowing to polluting industries while giving the false impression that they’re enforcing stringent rules on emissions, thus jeopardizing public health and creating socioeconomic problems.

To be clear to your readers, the reference to a tree being a host for Asian long-horned beetle (NOW, April 10-16) does not mean it is infested with the pest, only that it is susceptible to infestation by that specific insect.

Insects feed and infest only certain species of trees. Those where infestation is possible are referred to as host trees. So it would be more correct to state that 42 per cent of street trees in Toronto are susceptible to infestation from ALHB.

Great article in the recent issue by Adria Vasil on Toronto Getting Our Green Groove Back (NOW, April 10-16). One small error in the story about the 2012 emissions targets for the city: the Kyoto target was actually six per cent below 1990 levels by 2012, and Toronto exceeded that target, reducing emissions by 15 per cent.

There are a lot of numbers in any of these conversations.

Re TDSB Votes Against Banning Nudity At Toronto Pride (NOW, April 10). The Pride parade does not pass through a schoolyard, is not held on a school day, and schools don’t send students to participate, although the TDSB does have a float.

The issue doesn’t fall under the jurisdiction of TDSB. Trustee Sam Sotiropoulos has wasted the trustees’ time, TDSB resources and harmed the school board’s reputation by using the issue as his personal soapbox.

He should have brought his concerns to Toronto police. They would have told him that nudity is actually not illegal at Pride.

It doesn’t reflect well on TDSB to have a trustee who doesn’t know how to do simple research, refuses to educate himself when informed that his “facts” are wrong and would rather dig a deeper hole for himself than have a knowledgable discussion.

While I do expect to see something about the ongoing disaster that is the twin Fords’ ‘ mayoralty (NOW, April 10-16), I would like to see more coverage on policies and positions of other candidates.

A search of your site reveals nothing about Ari Goldkind or Morgan Baskin, for example. And I suspect the only reason I see coverage for Richard Underhill is because he is already known to you as a musician.

As an alternative weekly, I expect you to showcase alternative candidates in the mayoral race.

Why Steve Paikin was not being sexist

When professional women who have the money to afford it decline to be on The Agenda because they won’t spring for a babysitter (NOW, April 3-9), they’re not being marginalized they’re making a choice.

It is not unreasonable to expect someone who is likely among the most economically privileged in our country to make arrangements for childcare.

The response to Steve Paikin’s honest and accurate post unfortunately but unsurprisingly became an outlet for the professionally aggrieved.

Paikin’s only mistake was to express out loud the possibility that women with professional backgrounds and high incomes might have some hand in their own lack of representation on The Agenda.

In a recent article (NOW, March 27- April 2 ), Steven Davey recommended Gale’s Snack Bar on Eastern Avenue. Through the somewhat grimy windows I spotted a conditional pass sign that ended my interest in this “top east-side resto.”