Marijuana 101 for dummies Re 42 Heady Facts You. 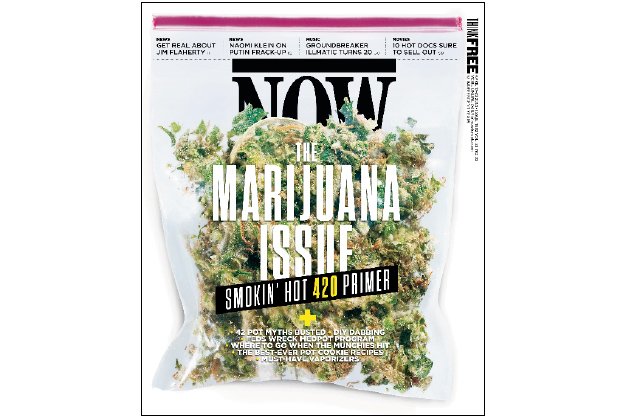 Re 42 Heady Facts You Should Know About Marijuana (NOW, April 17-23). Marijuana has not been shown to make you smarter (fact 22). The research showing that cannabinoids can be used to stimulate the growth of brain cells in mice is interesting, but it is hardly the same as a study of the comparative intelligence of pot smokers vs non-smokers (or of the same people before and after becoming pot smokers). At best, you are jumping the gun.

And marijuana is not actually good for your lungs (fact 38). It’s true and quite remarkable that smoking pot (unlike smoking tobacco) doesn’t increase your risk of lung cancer, but it doesn’t decrease it either.

Inhaling smoke of whatever type is still not good for you. Your lungs get dirty and become less capable of oxygenating blood, and the risk of emphysema increases. That is why I recommend that people who use marijuana should prepare it as a tea rather than smoking it.

I fully agree that marijuana has many important uses and must be legalized. But let’s not overstate the case, eh?

Come on now, where the heck is Peter Tosh in your Top 5 Pot Ambassadors (NOW, April 17-23)? He was far more of a pot activist than Bob Marley. And where was Paul McCartney? The Beatle spent nine days in jail in Japan for 8 ounces of weed in the 1980s. Replace celebrity pop tarts Miley Cyrus and Rihanna with true pot activists.

Media too chummy on Flaherty

I agree with every word of Andrew Mitrovica’s article about the media coverage of Jim Flaherty’s death (NOW, April 17-23).

For days after the announcement I kept scanning news coverage looking for someone to stay anything remotely objective about Flaherty’s politics.

Journalists seem way too chummy with those they are supposed to be reporting on.

I was very pleased to see that NOW has not joined in on the unthinking hagiography of the very ordinary Conservative foot soldier Jim Flaherty.

If we needed proof of Flaherty’s status, just look at the fact that his successor is the redoubtable Harper lackey Joe Oliver.

Again the Conservative spin doctors have made a pumped-up PR score to the detriment of honest discourse in Canadian society .

Thanks to NOW for keeping a sense of perspective.

In 2013, a close relative was admitted to a Toronto rehab hospital where she was asked to sign a consent form in order to be administered Tamiflu during an influenza outbreak.

After a few days of taking this medication she began to hallucinate, experienced convulsions and had a seizure.

She was rushed to the emergency ward at an acute care hospital, where she was given a powerful antipsychotic (olanzapine) that stopped the symptoms.

The consent form she had signed stated that “rare cases of transient neuropsychiatric events (including anxiety, delusions and delirium) have been reported among persons taking Tamiflu, predominantly among children and adolescents and primarily in Japan.”

John McLeod does a great job outlining the issues involved in expanding the Island airport to allow jets (NOW, April 3-9). But what about the environment?

The Toronto Islands are critical to wildlife. What impact would larger planes have on the delicate lakeshore ecosystem? Wind and water patterns could be affected.

And how about the countless migrating bird species and monarch butterflies?

I feel that the city and Porter CEO Robert Deluce are too eager to push the expansion through, no doubt for huge personal profit, while disregarding the greater good of the citizens of Toronto and the environment.

I’m a long-time reader of NOW, which I believe is an important part of Toronto’s information landscape.

In the last few weeks I realized that my anger at Rob Ford and his constant missteps, embarrassments and outright bad behavior had led me to a kind of addiction to him.

Every day I checked an online forum predicting when he would be arrested. Every time a news article popped up about him online I would zoom to it, ignoring more important and globally interesting stories, feeding my addiction.

I realized this was making me angrier and less productive, so I decided that any time I felt an urge to read about, talk about or post something about him I would seek information about another mayoral candidate.

Please spend more time talking about the other candidates. As a city, we need to unhook, butt out and put down the pipe of our collective Ford addiction.

Of Ukraine and stray dogs

On the crisis in Ukraine (NOW, April 17-23), it’s hard to know where to begin. I could start with perestroika, but maybe it is best to begin closer to recent events. And those starting to get into the pockets of government ministers.

Deals and laws unfavorable to ordinary people are signed and passed on a weekly basis. The richest black earth, as well as once-public natural springs, are leased out to foreign companies.

People are disillusioned about the EU and the “help” it will bring. (The West had a quicker reaction to the shooting of stray dogs by governmental order during the Sochi Olympics.)

And now less than 10 per cent of the populations of Luhansk and Donetsk is begging for Russian protection, taking away from the real problem.