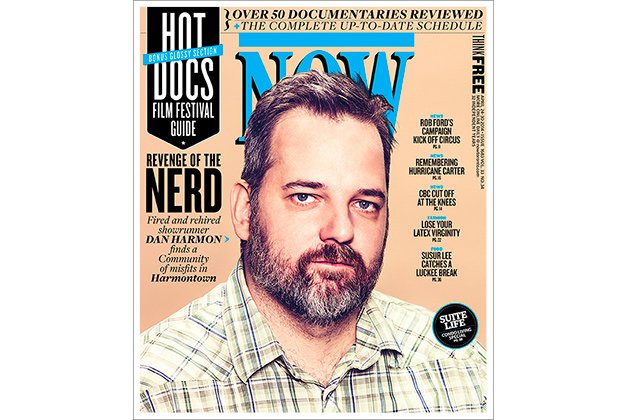 Enzo DiMatteo’s piece on Rubin “Hurricane” Carter (NOW, April 24-30) was confined to his own limited experience of the man.

He says several books were written about Carter, but makes no mention of Carter’s spiritual autobiography, Eye Of The Hurricane: My Path From Darkness To Freedom (2011), which we wrote together.

Carter was the world’s best-known and foremost advocate for the wrongly convicted. He had other qualities aside from being temperamental, such as warmth, humour, generosity, idealism and incredible perseverance.

Carter appears in a film currently playing at Hot Docs, David And Me, about David McCallum from Brooklyn, a prisoner for 28 years.

More than anything, Carter was an inspiration.

I am writing to you to express my concern about the expression “a Polish death camp” used in the headline My Pilgrimage To A Polish Death Camp (NOW, April 24-30).

Using the words “Polish death camp” is very harmful to Poland and Polish people. I believe you would agree that it might leave doubt in minds of Canadian readers, especially young people, as to who established and operated those camps.

As Poland was the first country to be attacked by Nazi Germany and Poles were the first prisoners of most the concentration camps where nearly all the Polish Jews were murdered, the use of “Polish camp” is offensive to Polish people as well as to Polish Canadians.

The Canadian Broadcast Standards Council issued a decision in 2004 in which it is stated clearly that “the use of terms ‘Polish ghetto for Jews’ or ‘Polish camp’… constitutes an unfair and improper presentation of news.”

Only through solid information can we fight ignorance about the history of WWII.

I was delighted to read Cynthia McQueen’s article outlining how the manufacturers of antiviral medication used to prevent and treat influenza withheld important clinical trial results in order to inflate the effectiveness of their medications (NOW, April 17-23). But I was dismayed by author Enzo DiMatteo’s 42 Heady Facts You Should Know About Marijuana in the same issue.

Heady fact #38 tells readers, “Smoking pot can be good for your lungs.” This is a gross misinterpretation of the findings of a recent study published in the Journal Of The American Medical Association.

Although the study did find that participants who smoked marijuana infrequently had improved lung function, this function appeared to level off and even decline with greater use.

The Cochrane Collaboration concluded that in high doses marijuana may cause psychosis, although the link between marijuana use and schizophrenia is still controversial.

So what is marijuana good for?

As a family physician who has spent the last 10 years of her career providing care to drug users, I feel NOW’s investigative journalists might be better off exploring the question of why the Harper government has chosen to increase access to marijuana despite the lack of evidence or regulation to ensure patient safety.

Kudos on The Marijuana Issue and your support of the 420 rally at Yonge-Dundas Square (NOW, April 17-23). Toronto has a thriving cannabis culture with a hardworking group of activists at its centre. While I really do love that you have dedicated an entire issue to help us celebrate 420, I would also love to see you honour cannabis activists in Toronto like Matt Mernagh, Chris and Erin Goodwin, Puff Mama and countless others by bringing “best marijuana activist” back to your Best Of Toronto issue.

A vote for Ford is bad citizenship

Re Face-To-Face With Ford Nation (NOW, April 24-30). Jonathan Goldsbie writes that “Much as we like to persuade ourselves otherwise, political preference can be as subjective as any cultural taste.” Political preference has externalities. Michael Bublé’s popularity has no effect on my well-being, but Rob Ford’s ignorance, incompetence and failed leadership hurt all Torontonians and to some degree all residents of the GTA, Ontario and even Canada. The people who voted for him bear responsibility for that. It’s not a matter of bad taste. It’s a matter of bad citizenship.

I’d like your reviewer Julia LeConte to know her Toronto bias is loud and clear. Why the comment “recorded this album on Vancouver Island, of all places” in her Kim Churchill review (NOW, March 27-April 2)?

Is LeConte at all familiar with the vibrant music scene there? There are world-class musicians such as the Bills, plus the Island is lucky to have one of Canada’s best folk music festivals, the Vancouver Island MusicFest, in Courtenay.

Its artistic director, Doug Cox, is also a fabulous musician who plays dobro and has recorded a number of albums and toured worldwide. Ms. LeConte, get thee to the Island and experience it for yourself!