Email letters@nowtoronto.com We'll drink to this beer strike Re Crack. 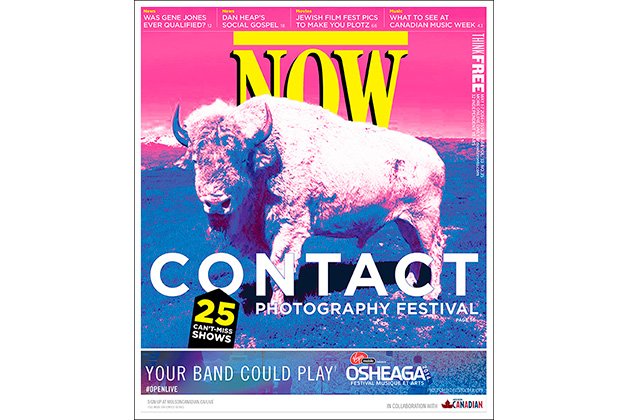 We’ll drink to this beer strike

Re Crack A Case Of Beer, Crack A Case Of Labour Rights Violations, by Cynthia McQueen (NOW, May 1-7). Thanks for reporting on the strike at Crown Holdings – excellent article and well written. I am one of the employees on strike, and all of us really appreciate your coverage since we’ve had very limited media exposure, possibly because there are only 124 of us.

There should be no need to recite the litany of the Harper Conservatives’ attacks on trade unions, the environment, democracy and social programs.

From stateside: Rob Ford should be in jail

Is crack legal in Canada? What do the police do up there? There is video and there is admission of drug use. Ford is a liar and a criminal who should be in jail.

This Ford advice not happening this week

Please stop writing about Rob Ford. Toronto does not deserve him. Please do not give him any more free name recognition.

Well, let the Ontario election games begin. It’s probably a good thing we’re having one. Kathleen Wynne may be stronger if she gets her own mandate. Maybe she’ll be free of the conservative shackles placed on her by opposition parties.

At least now Wynne can defend her budget and, hopefully, the taxes we need to pay for essentials like transit and infrastructure. This election gives Ontarians a clear choice.

Another truth about Nazi death camps

Grzegorz Morawski, consul general of Poland, takes exception in his letter to the use of the term “Polish death camp” in the headline of Bernie Farber’s piece on Treblinka (NOW, May 1-7).

Of course he is right it was the invading Nazis who had the camps built, not the Polish government. As Morawski writes, “The use of ‘Polish camp’ is offensive to Polish people.” There should be “solid information to fight ignorance about WWII.”

But as Claude Lanzmann’s Holocaust film Shoah shows, one of the more unpleasant and disturbing truths about such places as Auschwitz is that some Poles were, at the very least, indifferent to their presence.

Chris Hatfield in your Big 3 photo (NOW, May 1-7) probably had a minor role in a feud with the McCoys following the U.S. Civil War.

Chris Hadfield is a Canadian astronaut. Homes First might get better bids for their housing-related fundraising efforts if they had one of the latter’s ties for auction.

The downtown relief line benefits suburbanites, not people who already live downtown. How often do I need to go to Scarborough? So I guess it’s “gracious” of suburbanites to support something that benefits them?

As a downtowner, I support them being able to get to the downtown core, where many of them work, more easily, even if it’s paid for with my taxes.

Much like the roads I don’t use (don’t own a car) or the schools that my non-existent kids don’t attend. That’s civilization.

We’re rapidly losing the idea of the common good in Canada, and that’s a little sad.

Re Sabrina Maddeaux’s A Beginner’s Guide To Latex (NOW, April 24-30). Some people prefer PVC over latex, but never wear PVC with latex, as one will degrade the other.

The facts about pot and psychosis

I’m a social worker who works in the field of mental health. I’m writing in response to your article 42 Facts You Should Know About Marijuana (NOW, April 17-23).

I was pretty upset when I read the “fact” about marijuana decreasing the likelihood of psychosis. Many studies have in fact found a significant association between marijuana usage and an increase in symptoms of psychosis.

I would love to see NOW write an article that speaks about the dangers marijuana can pose. Telling people that marijuana will decrease psychotic symptoms could have significantly damaging effects on the mental health of certain individuals.