Nash the Slash: master of disguise Nash the. 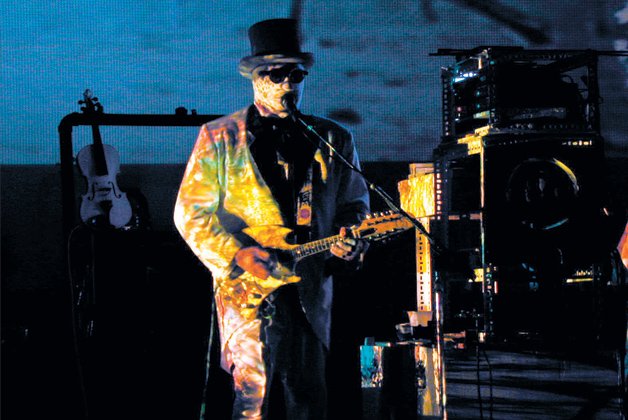 Nash the Slash aka Jeff Plewman.

Nash the Slash: master of disguise

Nash the Slash (NOW, May 15-21) was a musical genius who blazed a trail for many contemporary musicians.

Although we hadn’t seen each other in about 30 years, it seemed we lived in parallel universes. Whether it was a love of Newfoundland, classical music and the Horseshoe Tavern or an appreciation for the work of David Marsden, Boris Karloff and Douglas Adams, our interests brought us close together even after time had separated us.

I remember our shared awe of experiencing the Paupers and Jimi Hendrix at the CNE Coliseum, and the Paul Butterfield Blues Band together at the Rockpile.

Nash the Slash’s mastery of disguise was not confined to his musical performances. His credible impersonations of a caterer, newspaper reporter or construction worker won him free access to rock concerts he didn’t have the money to attend as a high school student.

He was so gifted that he could pick up an instrument he had never held before and within five minutes be playing amazing music on it.

Jeff Plewman, you will be greatly missed. I find it sad that you never received the recognition you so richly deserved for your talent, showmanship and influence on modern music, and for that your loss to us all is that so much more acute. “So long, and thanks for all the fish.”

I met Nash with FM at Sam the Record Man a few years back. He signed my 45 of Dead Man’s Curve. In the 1970s I submitted a drawing to his label, Cut-throat Records. It got sent back with a nice letter I still have. Nash the Slash was one of Canada’s most gifted and unusual artists. He will be missed.

The Ontario NDP is making nice to Bay Street. Apparently there is $600 million in savings that an NDP government, if elected, will identify through a Ministry of Savings and Accountability. (Ministry of Waste?)

Horwath has learned the lesson of the NDP government of Bob Rae. As your article correctly points out, the ONDP is mainly interested in winning elections.

I read your recent piece on the Boko Haram abductions (NOW, May 15-21). I was very disappointed with the underlying suggestion that the root cause of the kidnappings in Nigeria is the Muslimness of the perpetrators, a xenophobic fear-mongering stereotype that has been decried by countless commentators and scholars.

I greatly enjoy NOW and would like to see it remain a publication that is committed to thoughtful progressive analysis, devoid of clichés and stereotypes.

Collectivism god for the individual as well

I agree somewhat with letter-writer Chris Michael Burns’s Ayn Randian assertion that “taxation is not consensual” and that one should have the freedom “to choose where one’s money goes” (NOW, May 15-21). But isn’t a healthy society more important than one’s selfish ideology?

Society needs much more compassion and thoughtfulness than it does more shortsighted, self-serving rhetoric.

Re Rob Ford on NOW’s cover again (NOW, May 8-14). I’m aware of the dangers of not having information about issues related to the governance of our city. But stop already. Excessive attention reinforces bad behaviour. Just ask anyone who knows children.

The downside of rehab for Ford

I can see the political merits of keeping Rob Ford in rehab through the summer (NOW, May 8-14), but doing so would also create some negatives.

No matter how devoted his supporters are, there are not enough of them to win. Secondly, if Rob is not out of rehab in 30 days, but in 90 or 120 days, it might cause his seat as incumbent to be vacated.

Thirdly, events will unfold with or without him being on the campaign trail. More rats might speak. Clearly, brother Doug can’t be trusted to defend Rob. He loves the limelight while Rob is away.