NOW MagazineNewsLetters To The EditorLetters to the Editor: Week of December 11

Letters to the Editor: Week of December 11 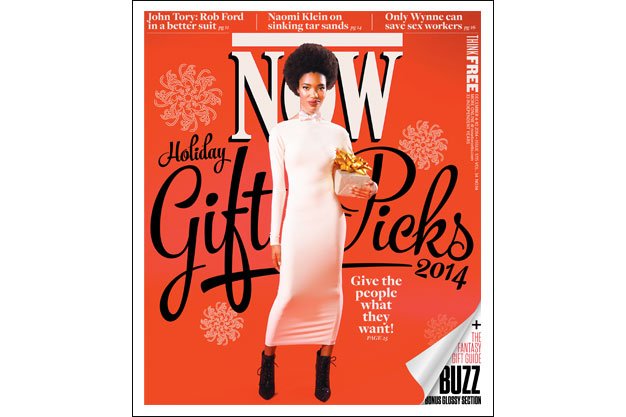 A not-so-radical view on prostitution

I read Antonia Zerbisias’s essay on the new prostitution law (NOW, December 4-10) with mixed feelings. I’m not sure that Zerbisias should have applied the label “radical feminists” as an epithet to those who approve of this bill.

For the record, I don’t see anything inherently wrong or evil with prostitution in theory. In practice, though, I think it is overwhelmingly a dreadful, demeaning industry that we would be better off without.

The “Nordic model,” which only criminalizes the buyers of prostitutes’ services (the “johns”), seems like a good way to achieve the goal of eradicating prostitution. There are competing arguments and statistics from the proponents and opponents.

But Zerbisias mentions something that is undeniable. Canada does not have the same social welfare income supports as the Nordic countries. If women in Canada are entering into prostitution out of economic necessity, nothing in this bill, including the ridiculous $20 million fund for police and rescue groups, is going to help them make ends meet.

Give John Tory a chance

I was willing to give NOW a pass after the Why Is Our City Council So White issue (NOW, November 27-December 3), with likely the worst photographic representation of John Tory.

However, the latest edition pigeonholing Tory as Rob Ford (NOW, December 4-10) is a bit absurd.

I am relieved that the Rob Ford-led five-alarm gong show no longer holds the reins of the city that I love. It’s time for a fresh start and to allow the city to heal its open sore. How about giving the guy a shot instead of pounding the splitter further into the stump that is currently Toronto?

Tolerance, good governance and concern for more than the bottom line are not mandated by skin colour (NOW, November 27-December 3). And to suggest otherwise is wrong.

I, too, wish city council were made up of different people. But I would take a white guy instead of Denzil Minnan-Wong (a visible minority on council last I checked) as long as that guy didn’t want to outsource jobs, lower taxes, reduce programs and generally not care unless it was for business interests.

Conservatives always tout balancing the budget and lowering taxes as if those things were the word of God. What God (if he even exists) would want, I would think, is for us all to take care of each other. Not going to happen with conservatives in charge.

How not to reform council

Re Five Ways To A More Diverse Council (NOW, November 27-December 3). If immigrants with citizenship turnout in low numbers during municipal elections, I would expect turnout among permanent residents to be even lower.

And given the downtown-suburban vote split, Harper-style party discipline is the last thing we need in municipal politics.

To make it easier to get rid of incumbents, the province should go back to having elections every three years. We could have gotten rid of a dysfunctional mayor a year earlier.

The Jian Ghomeshi scandal has dominated mainstream news for quite a while, and I’d been looking forward to a progressive NOW article about the issue. And save for the headline, Jacob Scheier’s The Ghomeshi Effect (NOW, December 4-10) did not disappoint.

But in cases of violence against women, why is it that we focus so much on the abuser and pay so little attention to the survivors or victims?

People will forever remember Ghomeshi because of this scandal, but are they going to remember the name of even one woman brave enough to come forward and press charges against him? For once, can’t we focus on the women?

I was shocked and dismayed to discover that the Drake General Store is selling as a gift a small bear (Jian Ghomeshi, anyone?) with a heart on its chest bearing the words “Shit bitch you is fine.” I was even more amazed at the lack of sensitivity shown by NOW in placing it in the Gift Guide (NOW, December 4-10).

In case you hadn’t noticed, this week marks the 25th anniversary of the massacre at Montreal’s École Polytechnique where 14 women were murdered in cold blood the week in which the Conservatives’ evil Bill C-36 becomes law. You published a full-page story about how Premier Kathleen Wynne must come to the rescue of sex workers. Well done to both you and the Drake for totally getting this one so wrong. A public apology and a quick withdrawal of the bear from the shelves would be most welcome.

Re Naomi Klein’s Four Reasons Keystone Really Matters (NOW, December 4-10). If we want to shift into a renewable-energy-based economy, we need to put a price on carbon. It’s worked in BC to reduce emissions by 17 per cent, but still our federal government remains silent.

It’s up to us as citizens to flood our politicians with emails and phone calls telling them to take action. Some citizens have already started doing this, like the group Citizens Climate Lobby.

In a country where 59 per cent of Canadians agree that climate change should be top priority for our government, we have to realize that we are an army. We can stop our MPs from stalling on climate change. It’s up to us to make the move.

Where can I get cover girl’s white dress?

My wife was reading the latest issue over the weekend and was taken by the cover photo of the woman in a white dress (NOW, December 4-10). Thinking I had a holiday gift idea, I looked at the credits, but I didn’t see any reference to the actual designer, design, material, price, where to buy etc. Very disappointed. Can you provide information? I’m sure there are others who would benefit from it.

Editor’s note: Munro dress on last week’s cover is by Bazzul, available for $199 at bazzulstudios.myshopify.com.