NOW MagazineNewsLetters To The EditorLetters to the editor: Action on Bronson not so black-and-white

Letters to the editor: Action on Bronson not so black-and-white

Plus: Global pacification of genocide 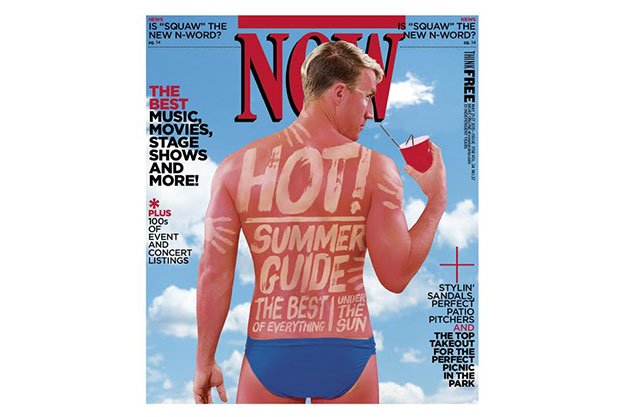 Action on Bronson not so black-and-white

The people have spoken regarding Action Bronson’s performance at Yonge-Dundas Square. After a petition signed by thousands, NXNE cancelled his set planned for June 21. In the freedom-of-speech versus freedom-from-hate-filled-lyrics battle I choose the latter, but I have to ask why the outcry about one misogynist but not the other who is set to perform on that same bill in the same public square? Do we have different expectations for a white versus a black rapper? Or is Bronson’s content just that much more extreme?

From Ty Dolla $ign’s Bitches Ain’t Shit: “Heard you nigga got cut down last night… at the club / Don’t blame it on me / Nah nah / I know you heard it was some pushing niggas in that motherfucker / And some blunts / But don’t blame it on me / Nah, don’t blame it on me / Yea I know he found out that we fuckin… uh / Girl it ain’t my fault you wanna fuck me… too / Yo nigga laid up in that fuckin hospital and you still think of me / I swear to God I’ll kill yo fuckin ass if you did that shit to me / Oh… these bitches ain’t shit.”

I went to school wearing a crop top resembling in length the one Alexi Halket was wearing that started all the controversy at Etobicoke School of the Arts. Immediately, I started getting demeaning looks, whistled at and told a few times that I should work out more before trying something like that.

Almost instantly I was the centre of attention wherever I went. Some teachers didn’t immediately notice, and the ones who did were too uncomfortable to look me in the eye. One told me very rudely to get to the office immediately, where I was told that my attire was distracting and that I would have to change or be sent home.

Compared to all the experiences that are causing so much controversy, I cannot find one difference in the experience I faced, except I’m a guy.

Love this quote from Jeff Rubin in last week’s issue: “One thing Wynne could do and should do is not spend $15 billion refurbishing the Darlington reactor when for probably half a billion we could boost the transmissions system and import the excess hydro power from Quebec.”

We couldn’t agree more. It’s economically and ecologically insane to rebuild four reactors at Darlington – at high public cost and risk – when Quebec is selling its renewable water power at a fraction of the price. Quebec needs our market, and we need their low-cost and low-risk energy. It’s a Wynne-win.

Gardiner’s problem is what’s underneath

My heart is with Councillor Joe Cressy on the Gardiner. Let it come down. But my main problem with the Gardiner is never mentioned in his article: the fact that it was elevated to allow access to the lake, but incredibly, the road below, now called the Lake Shore, was left [in place]. As long as the Lake Shore exists, there will never be easy access downtown to Lake Ontario. No amount of money thrown at the Gardiner can change that.

Bernie Farber, former CEO of the Canadian Jewish Congress, writes of holding Canada responsible for genocide against First Nations people. This has been a long and, unfortunately, politicized struggle that continues today in refusals to acknowledge other genocides and mass atrocities, including the UN-sanctioned war against North Korea, U.S. wars against Vietnam, Laos and Cambodia, wars and sanctions against Iraq, the pillage of Africa and Israel’s siege against the Palestinian people. We need to stand up for all the victims of what peace activist Jeff Halper calls the global “pacification” system.

PortsToronto our FIFA on the waterfront?

The Toronto Port Authority’s recent name change to PortsToronto is quite appropriate. It’s lost all authority. Seems the waterfront agency is only concerned with whatever it takes to keep the gravy flowing to their friends at Porter.

It’s the Toronto equivalent of FIFA:  ungovernable, behind closed doors, with only a pretense of actually conversing with Toronto.

Cyclists on sidewalks deadly for pedestrians

Re Why Not Make Biking On Sidewalks Legal In The Suburbs? (NOW, May 21-27). Some of the pedestrians killed by bicycle riders:

All of them were killed on sidewalks, and all in the suburbs.

Re Kangaroo Court Held On Bay Street For OceanaGold (NOW, May 21-27).

It’s high time voters woke up to the atrocities of many Canadian mining companies. Harper is touting the glories of all his free trade/bilateral agreements, especially in South America. He does not tell you of the human rights and environment abuses Canadian mining companies are known for. In Colombia alone, millions have been displaced by such agreements, indigenous and local farming leaders killed and locals’ water supply ruined.

Free trade is not free for the poor in these countries.

Re Is The S-word Racist? (NOW, May 21-27). The word “squaw” is tantamount to referring to a native female as “cunt.” It is both racist and sexist, its purpose to demean, humiliate and dehumanize. The word is repugnant and hateful. All women, no matter their ethnic background, should be offended by it. Some words are best not taught, whether in a play or not.