Letters to the Editor: November 17-25 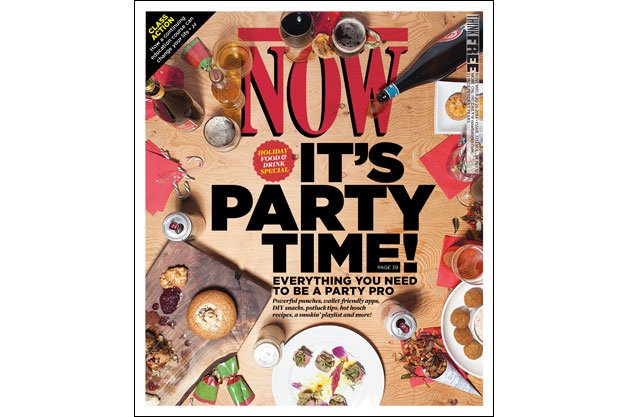 Horwath’s promises will end up in dustbin

Re Horwath’s Second Chance, by Ellie Kirzner (NOW, November 20-26). Four years is a long time in politics and in the life of a party. Promises made at a convention where a leader is seeking absolution for sins committed are likely to end up in the dustbin of history come the next election. It bears remembering that the main goal of any political party in a parliamentary democracy is to get elected. Platform principles and convention resolutions take a back seat to this objective.

For NDPers it’s populism or death

I read the list of approved NDP-friendly big-picture issues at the recent NDP convention: climate change, a living minimum wage, the creation of a value-added green economy, better childcare, etc…. Didn’t Olivia Chow try to promote these very same tired programs when she ran for mayor? And she failed miserably. She was abandoned by the hard-working white and non-white/immigrant families in Etobicoke, North York and Scarborough who used to be the NDP base but no longer want their hard-earned income to pay for programs that only benefit the politically connected NDP types in downtown Toronto. The only hope is with Horwath’s populist approach of respect for taxpayers and for the NDP to figure out how to create conditions that create jobs in the private sector. Otherwise, the future of the party will continue to be bleak.

How Horwath can take NDP base back

An important announcement at the convention not mentioned in Ellie Kirzner’s article is that Michael Balagus, formerly with Gary Doer’s administration, has become Andrea Horwath’s chief of staff.

His message to the convention was that Horwath is aiming for 2 million votes in the next election, and that means growing our tent and reaching out to other people. Which brings me to the “retail politics” issue that was criticized during the campaign. I saw this as Horwath’s attempt to bring into our tent the NDP’s natural constituency, which is people at the lower and middle income level who now vote for Ford and think the Conservative party is their home.

The task for the NDP is to explain that the Conservative mantra of lower taxes is not for low-income folks but for Conservatives in the corporate world and the wealthy.

Your Life&Style section featured vegan handbags (NOW, November 13-19) that don’t participate in animal cruelty by not using leather. Leather is a by-product of the meat industry, which you clearly don’t oppose, given your food coverage. Yet in the same section you show two coats with fur trim, the fur being a product of extremely cruel trapping or fur farms. How hypocritical can you get?

Robert Priest’s column on the TTC’s failure to provide basic and very much needed information (NOW, November 20-26) renewed my feather-ruffling.

A good sign of a caring and properly funded transit system is a well organized and user-friendly website. The TTC’s trip planner came to us very late in the game (I remember wondering why it was easier to navigate the GO system), and so did the route maps.

Priest forgot to mention that the TTC actually had a very solid phone service that gave you the next three arrival times at your stop. Sadly, it was the one (and seemingly only) thing that crashed during Y2K.

The TTC would do well to hire more technical communicators who can suss out gaps in users’ needs and provide hardcore testing of the current technology.

I have cherished the times I’ve picked up your newspaper since my rare visits to the big city at the tender age of 13. But this is the first time I have written to you, to extend my deepest appreciation for your articles in your special report on violence against women (NOW, November 13-19).

Personally, I have silently struggled through incarnations of nearly every imaginable situation of abuse in my life. I remain stronger for it, yet silent.

I feel as though, if each of us were to stand up and be counted and refuse to be shamed, ignored or labelled crazy, perhaps, like the gay rights movement, our plight would eventually be recognized.

Let the silence stop. I choose not to be anonymous any more.

King of cool Ghomeshi is a poseur

Also, having seen your photo of John Tory in your opening pages lugging a shitload of documents in grandiose fashion (NOW, November 6-12), I can’t help but wonder if a misinformed electorate opted for yet another poseur!

As the owner of Sorella Toronto, I was wondering what happened to the category of best sausage in your Best of Toronto Reader’s Poll issue (NOW, November 6-12).

It was your publication that hailed Sorella as the best sausage in Toronto. To exclude the sausage category in a city nicknamed Hogtown is bewildering. Furthermore, NOW Magazine also referenced sausage in seven other categories. Who fucked up?