NOW MagazineNewsLetters To The EditorLetters to the Editor: Oak Leaf’s steam in a league of its own

Letters to the Editor: Oak Leaf’s steam in a league of its own

Plus: RCMP can't protect their own, or public 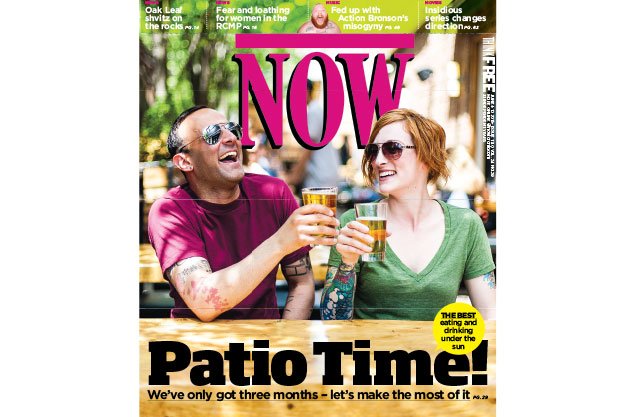 Oak Leaf’s steam in a league of its own

That private investigator hired by the company that oversees Oak Leaf’s assets seems to have caught more action at the steam bath than I have seen there for decades (NOW, June 4-10). I’ve introduced many friends to the place, and often we had the facilities to ourselves, as it was near empty. It does have the best steam in Toronto.

It’s also been a haven for street people looking for a safe place to sleep without fear of being robbed or worse (something that can not be said of city shelters).

Back in the day, fathers would bring their sons on Sundays. The sensation of cleanness after a good bout at the Oak Leaf must be experienced to be understood.

There’s nothing wrong with going to the Oak Leaf for sex as far as I’m concerned, but the place has so much more to offer, it will be a shame to lose it. Several years ago one of the owners brought his kids to my cartoon festival. “You work in my favourite place in Toronto to relax,” I told him.

From that day on he refused to take my money. I’m looking forward to going back. Hopefully it will still be with us. This city’s gay bathhouses, while very good, just are not in the same league.

RCMP can’t protect their own, or public

Re Allowed In But Not Accepted (NOW, June 4-10). Sexual harassment allegations like Janet Merlo’s and those of others in the RCMP have all too often been hidden away for fear of losing job security. Let’s stop pretending the claims are not factual. Swift action against offenders is needed. If RCMP officers cannot protect themselves, how the hell can they protect the public?

Jeff Rubin is wrong on future of oil sands

I suggest anyone reading Jeff Rubin’s prognostications on Canada’s economy and the oil sands (NOW, June 4-10) do the complete opposite. He’s notorious for being wrong.

Just read Carla Gillis’s article on the cancellation of Action Bronson’s show at NXNE (NOW, June 4-10). I was ready to roll my eyes and label the article reactive and alarmist before I even started reading it. But it was solid, extremely fair and well informed. I don’t know if I’d consider myself an Action Bronson fan, but I’ve seen him live twice and have listened to his albums. I mostly like the aggressive way he raps about food.

May take cataclysm to bring down Gardiner

City councillors, including Mayor John Tory, need to follow the lead of other major world cities when deciding the fate of the Gardiner (NOW, June 4-10) and do away with the elevated roadway. It should be noted, though, that an earthquake led to the decision by San Francisco to demolish its elevated highway in 1989. Unfortunately, we can’t rely on that happening here, so enlightened humans will have to do. I’m crossing my fingers.

The staff at NOW must be spending too much time inside working or surfing the web. I’ve been enjoying patio meals (NOW, June 4-10) and drinks since April and expect to do so into October. Granted, not every day, but to state on your cover that we have only three months to experience patios…. Please, you need to get out more.

Re Rob Ford Doesn’t Make Anti-Cancer Video Final Cut (NOW, May 21-17). For the record: at no time was Rob Ford removed from our project. The Rainbow Association of Canadian Artists (RACA) deeply appreciates his participation. There are two music videos: a radio edit of Not My Time (which features Ford) and a music video for a version of the song with singers from Spectra Talent Contest. We issued a press release to explain why three versions were recorded. Through this recording, we’re hoping to raise funds for two worthy causes – the Canadian Cancer Society and RACA.ca.