NOW MagazineNewsLetters To The EditorLetters to the Editor: Ronnie Morris on the road to recovery

Letters to the Editor: Ronnie Morris on the road to recovery

I would like to thank Kevin Ritchie for writing about my brother Ronnie Morris and sharing his story (NOW, May. 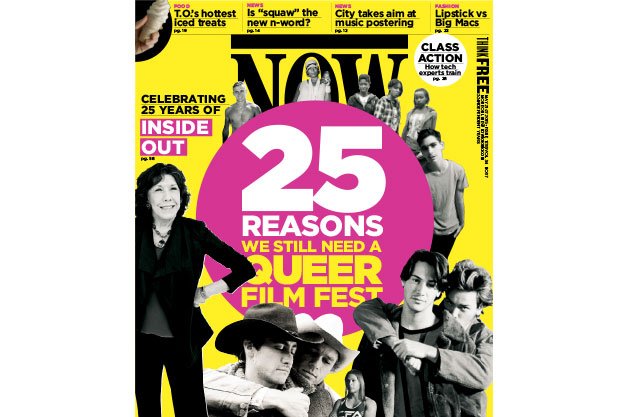 I would like to thank Kevin Ritchie for writing about my brother Ronnie Morris and sharing his story (NOW, May 21). Our family hopes that by increasing awareness about strokes, their signs, symptoms and related illnesses, we might help other people and families facing this terrifying ordeal. We hope that in time Ronnie will be able to write a blog on his site (ronniemorrisrecovery.com) about the pain, terror and confusion he experienced and the challenges he will face on the road to regaining his quality of life. Every day is a challenge. He has ups and downs, but the main thing is that he is still with us.

He had two major strokes, one in his cerebellum and the other in his brain stem. After two life-saving surgeries and almost a month fighting for his life, he is finally stable thanks to his determination, his fans’, our friends’ and family’s support and most importantly to the doctors and exceptional nursing staff at Trillium.

NOW has never done a story on Toronto’s – and Canada’s, for Chrissake – most successful band, Rush.

They play Toronto next month, their last big Toronto gig ever. A small gig here and there in the future, but this is it. You’ve had Nicki Minaj on the cover, but not Rush? Are they not cool enough? They’re so uncool they’re cool.

If they were judged by their music since the late 80s, they’d be called alternative. Soundgarden, Trent Reznor, Billy Corgan, Primus, Tool and many others have said Rush was a huge influence.

They stayed in Toronto and gave back to the city. They’ve been very charitable. And they’re just really nice guys. Now is the time for NOW to do a cover feature.

This city owes it to them.

Your large pic of a suburban sidewalk empty of pedestrians, showing why biking there should be legal (NOW, May 21-27), also shows no cyclists in the bike lane on this stretch of Finch. So I agree: eliminate bike lanes from road space to get the city moving more profitably, and allow bikes on sidewalks.

Thanks for your articles on pedestrians sharing sidewalks with cyclists. Something has to be done soon. The cyclists I run into are now demanding right of way, ringing their bells at pedestrians to get out of the way and riding aggressively. They probably feel free from prosecution, since the fine is never enforced. I don’t know what the city is going to do, but as a pedestrian I don’t feel safe on sidewalks any more.

Re Toronto Music Shitty (NOW, May 21-27). The Ramsden decision handed down by the Supreme Court of Canada, which declared postering protected under freedom of expression for people without access to newspaper, magazine, radio and television advertising (that’s most of us), came about because a band stood up against Peterborough’s anti-postering bylaw. Clearly, bands are covered under free speech. Toronto’s bylaws are for the most part fair. The size allowed (812 by 11 inches) leaves room for many. I am happy to conform to them.

What I am not happy about is those who choose to ignore [the bylaws] at the expense of everyone else.

Re Is The S-Word Racist? (NOW, May 21-27). The term “squaw” has been, and will continue to be considered offensive to some aboriginal women.

However, banning the word, as the state of Maine has done, ignites a counter-effect, giving it added prominence by making it taboo.

Racism is an opinion – a rather vile opinion, to be sure – but nothing sparks curiosity more than telling us humans what not to do.

Having just read Matthew Behrens’s excellent article on the sad saga of Omar Khadr (NOW, May 14-20), I realize that Elizabeth May was absolutely correct in her recent comments at the Parliamentary Press Gallery dinner.

Behrens says in his article that Khadr’s lawyer, Dennis Edney, was a bit over the top in calling Harper an anti-Muslim bigot, but I don’t agree. Edney was right on.

Nothing symbolizes the Harper government’s fantasy-based jihad against so-called “terror” than the injustice and travesty of justice that Khadr has had to endure.

Terrorism has killed few people in this country, yet our government is determined to shred our hard-won civil liberties to sell us a sense of security over an illusory foe.

For a paper that tries to be progressive, you are most definitely backwards in your views on animal rights. Your article on how to boil a lobster alive (NOW, May 7-13) is a case in point.

Did you know that lobsters have a sophisticated nervous system and feel a great deal of pain when cut or cooked? Did you know that, if they can manage to avoid traps, they can live 100 years or longer and that it is said they mate for life?

And if you don’t care about the cruelty you are imposing on another being, perhaps selfishly you’ll care that they are often highly contaminated with bacteria, pesticides and other toxins and are, therefore, unhealthful to eat.