Band at their best for naugural Toronto show 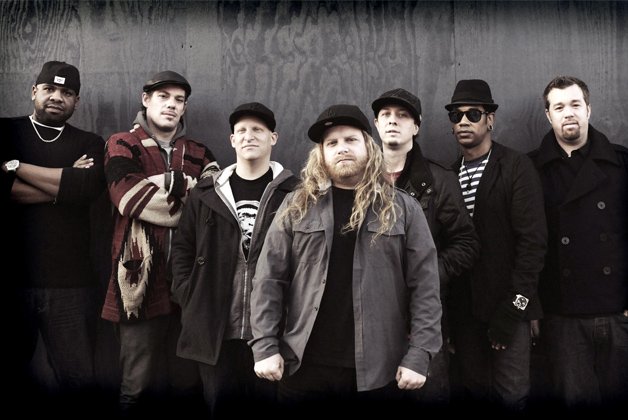 For a band that got together in 1992, Lettuce have taken their sweet time getting to Toronto.

World-class jazz guitarist Eric Krasno has played here many times, but with his other group, the funk/jazz trio Soul Live. Twenty-two years, four records and myriad festival appearances in, Lettuce just haven’t toured that much.

“We all decided recently that we wanted to give it a go, and there was a lot of demand for it – at least more than there had been in the past,” says Krasno, the band’s de facto face, on the phone from a bus in Delaware. “It’s possible there was an audience out there that we just didn’t know existed, but we never toured to find out. Now we’re finding out, and everywhere we go there are big crowds and a lot of sold-out shows.”

It doesn’t help that they live in four different places (New York, Boston, Maine and Los Angeles). And each of the seven core players has other musical projects keeping them busy. (Krasno, for instance, is a hip-hop producer, too, among other things.)

But Lettuce is the passion project. “I never saw this as a money maker, and I don’t know if I do now. If you’re going to make music, your best situation is to make the music you love with your friends. It’s definitely a labour of love.”

Lettuce are using their precious time together to harness their creative juices. He says a new album will happen sooner rather later – a result of this tour. “It’s usually really natural and organic. It’s always like, ‘Okay, we’re ready,’ and we have a few songs, and then everyone will start adding different pieces.”

Going forward, the band intends to release more music more often. In the next couple of months, for example, they’ll put out the single Don’t Be Afraid To Try, which Toronto folk will get to hear for the first time Saturday night. “It’s the one thing we’ve been consistently playing, changing up everything else,” says Krasno.

The Toronto stop comes at the end of an extensive winter road trip, which bodes well for the audience. “That’ll be the last night of the tour, so we better be tight by then,” laughs Krasno.

“Live, when we react off of each other, that’s something really unique, and the more we play together, the more natural that becomes: the tighter we get, the looser we get. Those spontaneous moments are what get us really psyched.”