Toronto’s new super group lives up to the hype 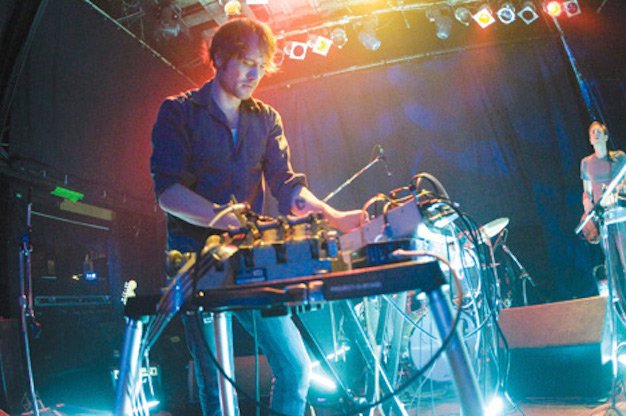 Before a restaurant critic gives that new buzzin’ eatery the thumbs up or thumbs down, he or she will visit the establishment in question multiple times, allowing the chef, bartenders and wait staff adequate time to iron out any kinks. If only local bands were provided the same luxury – we’d likely have more 5-N show reviews.

At their 7” release party for Sarsfest (Telephone Explosion) Toronto’s newly-formed, much-hyped LIDS (the super group contains Holy Fuck’s Brian Borcherdt,  Constantines’ Doug MacGregor and Metz’s Alex Adkins) seemed more off-the-cuff than openers Mimico, who are a well-oiled machine of psych-y krautrock. And sure, a couple more practices may have smoothed out transitions and some wonky vocal effects. But LIDS’ unofficial debut showcased the band’s non-formulaic mix of pulsating synth, distorted guitars and grinding drums that anchor each song as it ambles through post-punk, woozy math rock intricacies and electronica. That’s a whole lot of buzz words mashed into one sentence, but rest assured that LIDS are wholly originally (and even slightly off-kilter) in the best way possible.

With this side project, it feels like the trio gets to experiment with noises usually off-limits to their other bands, amounting to an unbridled energy that overflowed into the crowd. Not that the crowd needed to be converted – the venue hit capacity early on in the evening, halting concertgoers on the narrow staircase anxiously waiting to get in.

With their regular gigs likely consuming much of their time, who knows if LIDS will follow the regular indie rock band cycle. But even if gigs and releases are few and far between, they’re definitely worth waiting for.