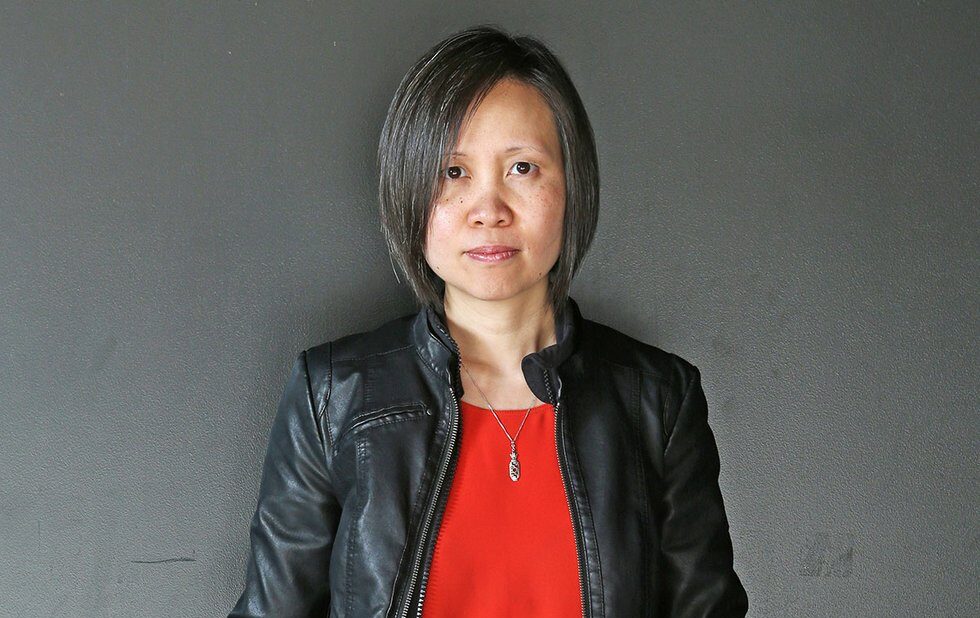 Some of the biggest movies to screen at Hot Docs in recent years all have one thing in common: Iris Ng.

One of the city’s best-known doc shooters, the Toronto-based cinematographer became a go-to for directors tackling difficult and personal subject matter after working on Sarah Polley’s 2012 Stories We Tell.

That film famously featured the actor-turned-director revealing that her biological father was not who she thought he was.

“There is this need for me to blend into a situation but also remain present as a human who can be supportive,” she explains. “If there is anything that runs through my work, it’s probably that.”

That’s especially true for her latest project: Attiya Khan and Lawrence Jackman’s A Better Man. The National Film Board of Canada-backed doc arrives at Hot Docs three years after raising more than $110,000 in one of the most successful crowdfunding campaigns in Canadian history.

The doc set out to reframe the way domestic abuse is talked about by shifting the focus from a woman to her abuser. It follows Khan as she confronts an ex-boyfriend who agreed to appear on camera to discuss his history of violence.

The challenge for Ng was to preserve the intimacy of those conversations while acknowledging that they would not be taking place if a camera were not present.

“We weren’t trying to create the illusion of being a fly on the wall,” she says. “But once we started rolling it was essentially vérité. We let the situation unfold and let whatever conversation take whatever shape.”

Now that it has become standard practice for producers to source interest for projects on social media – via crowdfunding or other ways – Ng has noticed the kind of pressure around audience expectation typically associated with narrative films creeping into the doc world.

“There’s a pressure to make documentaries that fit into a dramatic format,” she notes. “Depicting a story is fine – I understand why that’s necessary – but sometimes a doc can embody or depict an experiment as opposed to a perfect story.”

Ng grew up “north of North York,” watching classic films rented from the library with her mother and grandmother. She studied film at York University and, like many aspiring filmmakers, dreamed of shooting narrative drama.

Legendary Hollywood DP (and deep-focus pioneer) James Wong Howe and Wong Kar-wai’s In The Mood For Love were her early inspirations, but she wound up on the doc path in 2007 after producer Lisa Valencia-Svensson spotted her name on a LIFT crew listing and recruited her for a project with Min Sook Lee.

While most of her work has come through word-of-mouth in the Canadian film scene, she scored a major break four years ago when Laura Ricciardi and Moira Demos saw three of her films – including Stories We Tell – at a screening in Los Angeles and asked her to work on Netflix’s hit true-crime series Making A Murderer.

“The part that takes the most energy is switching gears between each immersive experience and the next,” says Ng. “It’s like reading six novels at once. You pick one up, put it down and pick up the next. I like being nimble in that way.”